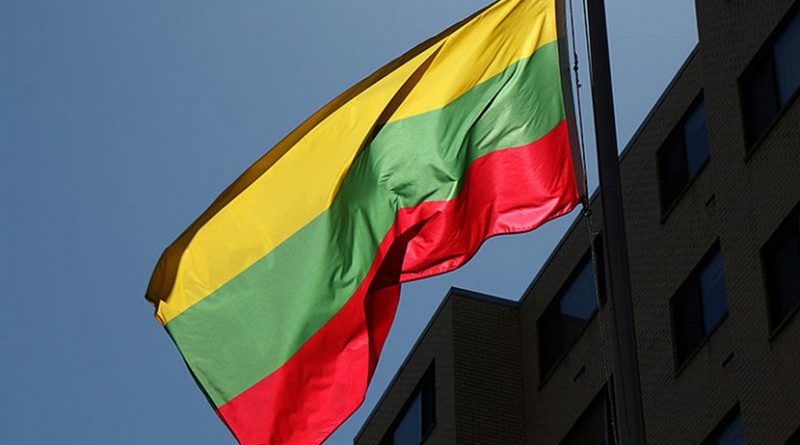 It is well known that in 2015 Lithuanian authorities reintroduced compulsory military service due to the potential threat caused by the Russian Federation.

It should be said, that young Lithuanians do not appreciate the idea and try to avoid the service in every possible way. They even are not afraid of penalties and imprisonment.

In order to force them to serve Lithuanian authorities are inventing new “tools” to make the process of avoidance the conscription harder.

From the beginning of 2015 all Lithuanian men aged 19-26 had to perform compulsory military service in the Lithuanian Armed Forces for a period of 9 months if fate decided.

The matter is the way of choosing the men who will serve is more than surprising. They say that 2 percent of men are randomly selected to complete vacancies in the army within the year. The lists of military conscripts then are published on the Internet. But “randomly” could also mean “nobody knows how they are selected.”

At the beginning of this year authorities lowered the age range at which men are called up for mandatory military service to 18-23 years and banned volunteer soldiers from holding seats in the parliament and municipal councils.

Defence Minister Raimundas Karoblis said that the aim of lowering the conscription age is to ensure that conscripts’ military service causes the minimum possible disruption to their civilian lives.

The matter is the way of choosing the men who will serve is more than surprising. They say that 2 percent of men are randomly selected to complete vacancies in the army within the year. The lists of military conscripts then are published on the Internet. But “randomly” could also mean “nobody knows how they are selected.”

In reality the Ministry of National Defence can’t meet its recruitment goals.

The system includes Lithuanians living abroad who are forced to leave their home and come back for the service. The government of Lithuania doesn’t care that men living overseas have their personal life, own career paths and financial responsibilities.

The military authorities are trying to take immigrants for service on purpose, not caring about their personal problems, including health issues and financial commitments.

They also discriminate against homosexual men by giving them specific tests to find out how gay they are, including a talk with the psychiatrist. Because homosexuality is still a sickness in Lithuania, with existing laws against gay people.

A lot of Lithuania men who decided not to come back for the service, are often wanted by police, and in some circumstances might end up in prison for up to 3 years.

Thus, in December 2019, 24-year-old Marius H. from Kedainiai was prosecuted for not visiting the military registration and enlistment office, but did not change his position. He said later that he would not go to serve, it is not in his interests. He has a well-paid job in Belgium and is not going to change his way of life. So he paid penalty (800 euros) and left for Belgium. And he is not the only one in the country who has made such choice.

Evidently, it is impossible to solve the problem in that way, using methods of coercion and punishment. Unfortunately, reintroducing of compulsory military service was the decision of the authorities, finding the ways to avoid it is the choice of youth. If the government doesn’t respect the citizens, the citizens have a right not to obey their decisions.

Home » Lithuania: To Serve Or Not To Serve In The Army – OpEd