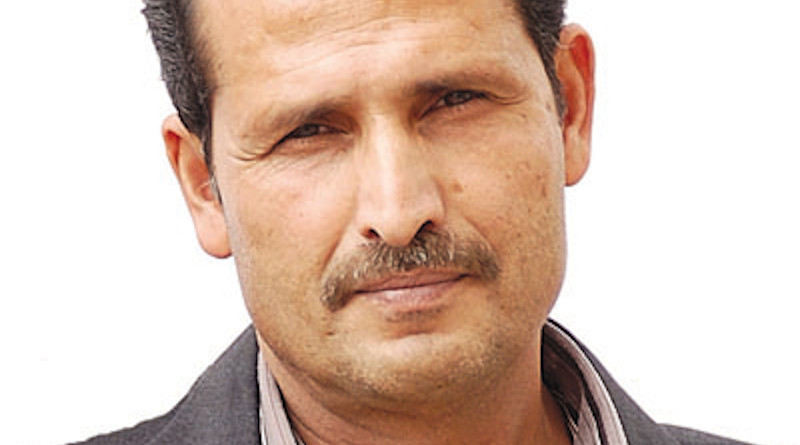 It came as no surprise when both Oli and Dahal between themselves decided to nominate Agni Prasad Sapkota, a person who is facing murder charges in the Supreme Court as the next Speaker to the National Assembly.  The other day Dahal himself openly admitted that he was responsible for the death of over 5000 persons and in any other country after this, he would have been stripped of all his posts!

Sapkota’s  nomination only shows the mindset of the Ruling Nepal Communist Party who seem to  have scant regard for the conflict victims. It is no surprise either that the Government is still dragging its feet on the transitional justice that would bring justice to the victims of the Maoist War. The Peace Process cannot be said to be complete and who cares except the poor victims of the conflict!

It all began when the erstwhile Speaker, Krishna Bahadur Mahar a close Aide of Dahal had to resign from the post of Speaker in October last year after allegations of attempted rape of a woman who was working in the Parliament Secretariat.

Though many months have passed, both the factions of the Maoists and the UML could not agree to a common candidate.  The erstwhile Maoists claimed that Mahara belonged to the old Maoist Party and therefore his successor should be from the same faction- the Maoist Party.  K.P. Oli the Prime Minister and head of the UML and now the Chairman of the combined Nepal Communist Party on the other hand felt that his old confidante, close comrade and former Speaker Subash Nembang will be the ideal choice for the Speaker’s post in view of his vast experience.

Keeping the important post of Speaker vacant for many months due to internal differences within the party only reinforces the view that the two factions the UML and Maoists have merged only on paper and that they still exist as separate entities right up to the ground level.  This is not restricted to the Ruling Party alone.  The opposition party of Nepali Congress is equally afflicted by such internal divisions and this was seen very recently in fixing the dates for the Central Committee meeting when the Paudel faction openly defied the decisions of the Chairman Sher Bahadur Deuba.

The tussle between the two groups within the NCP came out in the open with the media highlighting the differences between the groups over the appointment of the Speaker.   K.P. Oli finally conceded that it could be filled up by the Maoist faction. Thus, Sapkota was nominated and elected without any opposition on Jan. 19th.

Agni Sapkota who was a standing member of the erstwhile Maoist faction is involved in a murder case of one Arjun Lama  a teacher during the civil war days and Arjun Lama’s wife had filed a case against Sapkota in the Supreme Court for murder.  The Supreme Court had already begun the hearing of the case and two sessions were already over.  The case however is still sub judice.

This controversial case of appointment of Sapkota would have been soon forgotten as Public Memory is always short, but for the claims of another individual who had better claims and competence to be the next Speaker.

This was none other than former Deputy Speaker of the Assembly Shiva Maya Tumbahangphe, who claimed that once the Speaker resigned, the natural choice should have been the Deputy Speaker.

Deputy Speaker Shiva Maya holds a PhD in Politics from Tribhuvan University and is a lawyer too.  She has been in political life for the last four decades and had also been a Central working Committee member of the former UML of the Communist Party.  Her brother had also been in politics.

Added to these, Shiva Maya who hails from Taplejung is from the Janajathi community that had been historically ignored by the State. She was asked to step down from the post of Deputy Speakership by the Ruling Party which she resisted.  She did meet both Oli and Dahal on this issue and instead of properly explaining to her the reasons, Dahal alleged that she was proving to be on ‘obstacle’ which she objected.

With the appointment of Sapkota, Shiva Maya had no choice but to resign on 21st of January and in a press interview she reiterated what she had said earlier in her book in discussing about women’s representation that  “Patriarchy appears to be even stronger than that of the Monarchy” in the State.

While the Constitution that is said to be very ‘progressive’ had mandated that one third of posts at all levels in the State should be reserved for Women, Shiva Lama’s claims were totally ignored due to the internal fight between the two factions of the Nepal Communist Party.

Shiv Maya is an outspoken person not much liked in the party circles of the NCP for this reason, had rightfully claimed the post of the Speaker, based on her experience, education and her work as the Deputy Speaker. Her “forced” resignation from the post is an affront to the so-called democratic credentials of the Ruling Party.

Her resignation is more a loss to Nepal than to herself, and this only strengthens the view that both Oli and Dahal are behaving like autocrats taking unilateral decisions without consulting other party members or colleagues.

With the opposition still in disarray, both of them are seen to be getting  increasingly aggressive and autocratic.