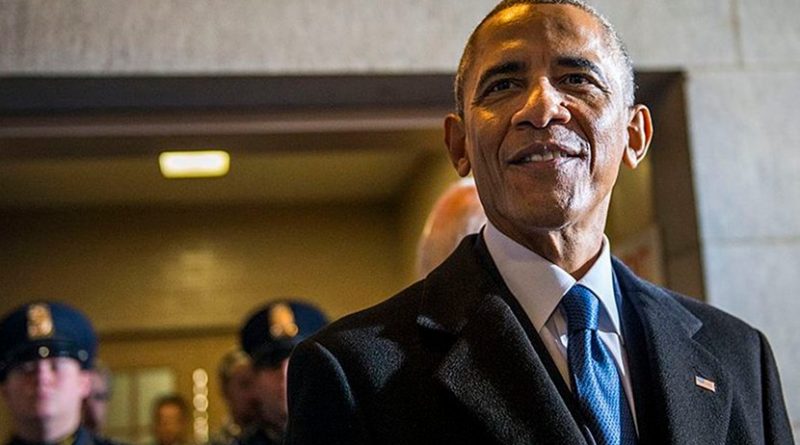 Rarely, if ever, has a post-World War II U.S. president been beset by so many foreign policy challenges and uncertainties in one key geo-strategic region at the same time.

While the civil war in Libya – and increasing pressures on Washington to intervene – is currently the greatest source of angst for President Barack Obama, his administration is also grappling with growing political crises faced by U.S.- backed governments in Bahrain, home to the U.S. Fifth Fleet; and in Yemen, home to al Qaeda’s most potent affiliate.

Not to mention continuing anxiety over the aftermath of last month’s ouster of long-time ally, Egyptian President Hosni Mubarak, and what Washington hopes will be a military-led “democratic” transition that will not result in a government inclined to pursue a more hostile policy toward Israel.

Or the simmering, if not yet headlines-grabbing, unrest in several other key countries, notably Jordan, Oman, and, of greatest concern by far, Saudi Arabia, where the authorities’ overwhelming shows of force on Friday’s “Day of Rage” belied a lack of self-confidence, even as they effectively prevented any public displays of discontent.

It’s true, as many analysts here have pointed out, that President George H.W. Bush also found himself having to deal with a number of unexpected foreignpolicy challenges as the Cold War drew to a close, notably during the so-called “Revolutions of 1989” that toppled one Eastern European nation after another and then the collapse of the Soviet Union itself.

But that process took place over a period of two years, enabling top policy-makers to focus their attention on one crisis – however sudden or unanticipated – at a time.

Moreover, given the goodwill Washington had accumulated over the previous 40 years among the ascendant opposition forces in Eastern Europe, at least, Bush could act with some confidence that the process of “liberation” was unlikely to go south, at least on his watch.

As much as he claims to be acting “on the right side of history”, by contrast, Obama is unlikely to feel as confident that the process underway in North Africa and the Middle East will work out well.

For one thing, the historical baggage Washington carries in the region is considerably more awkward – not to say embarrassing – than its Cold-War record in Eastern Europe or perhaps even in the former Soviet Union.

Its traditional backing for autocratic rulers in the region and its virtually unconditional backing for Israel – which Obama most just recently affirmed by casting the only veto of a U.N. Security Council resolution condemning Jewish settlements on Palestinian land – have understandably made Arab publics considerably more sceptical of Washington’s intentions than their East bloc counterparts 20 years ago.

Moreover, the fact that Washington still has nearly 50,000 troops in Iraq and some 100,000 troops in Afghanistan acts as an unavoidable reminder that the impact of its interventions in the region has not always been benign.

That those two countries and the U.S. troops there have fallen off the front pages over the past two months offers further testimony to the unprecedented number of challenges faced by Obama in the region.

Until the “Arab Spring” suddenly emerged in Tunisia and Egypt, Iraq and especially Afghanistan – along with Washington’s increasingly rocky relationship with Pakistan and growing concerns about Iran’s nuclear programme – topped the administration’s foreign policy agenda.

That they have largely receded from view, however, has not reduced their urgency; indeed, U.S. policy-makers and independent analysts appear increasingly concerned about trends there.

In Iraq, from which Washington is supposed to withdraw its remaining troops by the end of this year, Prime Minister Nouri al-Maliki has shown increasingly autocratic tendencies in recent weeks, while the U.S.-backed power-sharing arrangement with Maliki’s main rival, Ayad Allawi of the Iraqiya bloc, appears to be unravelling.

The violence with which security forces repressed the country’s own “Day of Rage” late last month, followed by the round-ups of human rights and other activists, surprised observers here and contributed to the sense that Iraq could yet be destabilised. A growing number of voices have called for the administration to renegotiate its timeline for withdrawal.

And, while Gen. David Petraeus, the fabled U.S. commander in Afghanistan, continues to insist that his “surge” has succeeded in evicting the Taliban from areas around Kandahar and other priority areas, independent analysts and veteran correspondents say these gains appear to be temporary and that key elements of Petraeus’ strategy – such as reducing government corruption, delivering basic services to the population, and increasing the combat role of the Afghan Army – are not advancing nearly quickly enough, if at all.

Moreover, tensions between President Hamid Karzai and both the administration in Washington and Petraeus appear once again on the rise over a number of contentious issues, most recently a series of highly-publicised U.S.-led attacks in which unarmed civilians were mistakenly killed.

While public debate over Afghanistan has diminished sharply as a result of the overwhelming media attention that has been devoted to the Arab revolts, the war’s unpopularity has not diminished, according to the latest polling. Some influential voices in Congress and elsewhere have begun asking whether its cost – at more than 100 billion dollars a year – could be more effectively and strategically spent elsewhere in the region in light of the ongoing turmoil.

If all that were not enough, U.S. ties with Pakistan – and especially with its powerful military – appear to have deteriorated sharply since December when the CIA’s station chief left the country after being identified in the Pakistani media, and particularly since the Jan. 27 arrest of a CIA contractor, Raymond Davis, accused of murdering two Pakistanis who may have been working for the military’s Inter-Services Intelligence (ISI) unit.

Despite a secret meeting in Oman last month between top U.S. and Pakistani military commanders to resolve Davis’s fate, Islamabad rejected Washington’s claims that he was entitled to diplomatic immunity.

Reports have suggested that Davis was to be handed over only when the CIA agreed to give the ISI more control over the U.S. agency’s operations in Pakistan, particularly its drone strikes against suspected al Qaeda and Taliban targets in Pakistani territory.

Meanwhile, the assassination since earlier this year of two prominent critics of Pakistan’s anti-blasphemy law – the governor of Punjab and the federal government’s minorities minister – have renewed fears about the strength of radical Islamist sentiment in the country, particularly in the military.

One thought on “Obama Besieged By Policy Challenges – Analysis”