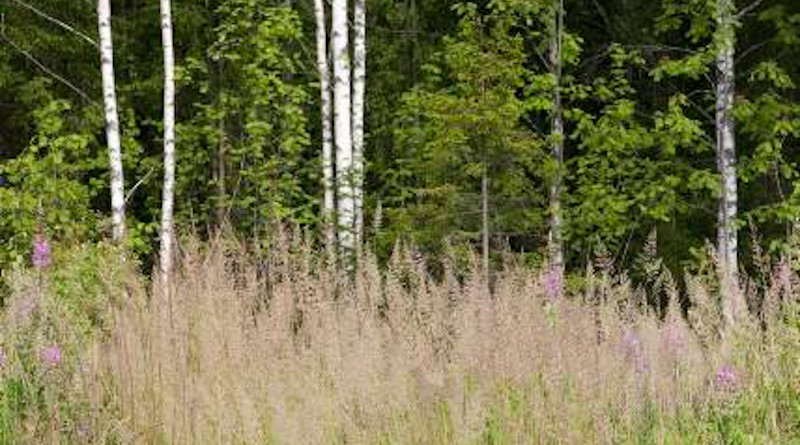 A recently published study predicts that understory species of boreal forests will migrate northwards, following the pace of global change. Southern species may become abundant in regions where they were rare before, while northern species may see their populations reduced in the absense of further northern regions to escape to from warming climate.

A study published this week in the scientific journal Ecography predicts the fate of 25 common understory plants in Finland for the upcoming decades. Fifteen species from dwarf shrubs, herbs and grasses to bryophytes and lichens showed a significant response to temperature and were predicted to shift distribution northward 6-8 km/year. This means a total move of ca. 460 km (range: 49–607 km) northwards from 1985 to 2041–2070. Yet the abundance of other ten species seems not to be affected by temperature, so they will probably not suffer the effects of global warming.

”Some species that are currently distributed in southern Finland will potentially reach northern regions where they were rare in the 1980’s. This is the case of the grass Calamagrostis arundinacea, the false lily of the valley Maianthemum bifolium, the arctic starflower Trientalis europaea and the moss Dicranum polysetum,” says Dr. Sara Villen-Perez, an author of the current study.

The results of this study may explain why Dicranum polysetum had been observed to be more abundant in the middle boreal zone since the 1950’s.

On the other hand, the study predicts that the abundance of species that are currently common in northern boreal forests will be reduced in their current areas of distribution. They would migrate further to north given land available to do so, but this possibility is truncated by the Arctic ocean. This is the case of the grass Carex globularis and the reindeer lichen Cladina rangiferina, which has been declining in central Finland since the 1950’s.

The study analyzes the effect of global warming independently of other factors that affect the understory vegetation such as precipitation, soil, light, or type of trees. However, scientists highlight that they are only predicting potential changes in the abundance of species. The realization of their predictions will depend on the ability of species to cope with warming in situ and on their dispersal capacity. For instance, wind-dispersed grasses and bryophytes (e.g. Calamagrostis arundinacea and Dicranum polysetum) are likely to respond more effectively to climate change than short herbs with low seed production and very local dispersion (Maianthemum bifolium and Trientalis europaeus).

“We identified potential shifts of species that may be of concern for forestry. For instance, Calamagrostis arundinacea is a species particularly problematic for tree regeneration that may increase its abundance at northern locations,” emphasizes professor Raisa Mäkipää from the Natural Resources Institute Finland (Luke).

The good dispersal capacity of this species may facilitate the performance of the predicted range shifts, and this may affect survival of the tree seedlings and stand regeneration in northern regions of the country, where the species is not yet a problem.

The study combines data from the National Forest Inventory of Finland and the Finnish Meteorological Institute and has been developed by a transdisciplinary team of forest ecologists, statisticians and biogeographers from Universidad de Alcalá (UAH, Spain) and the Natural Resources Institute Finland (Luke, Finland).

The results of this study indicate that some plant species in Finland may experience some of the highest pressures for distribution shift across the boreal region. These changes in abundant species suggests that climate warming will likely influence plant community composition. The authors say that monitoring future changes in understory plants will provide indicator of the effects of climate change in boreal forests.