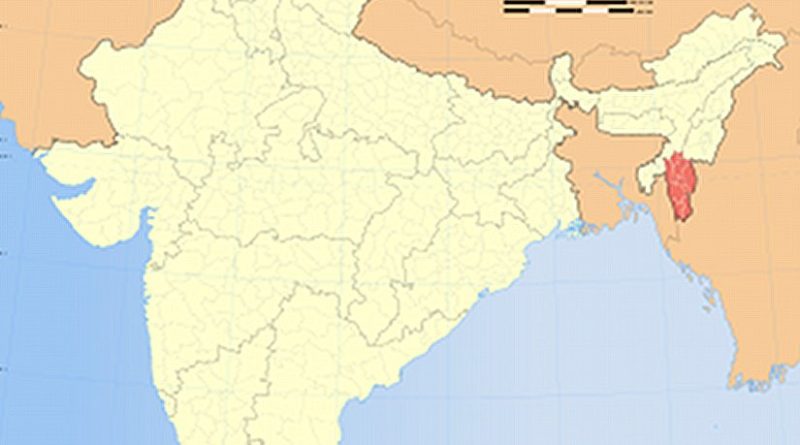 Mizoram did not witness a single insurgency-related fatality for the fourth consecutive year in 2019. The last insurgency-linked fatality was reported on March 28, 2015, when three Policemen were killed in an ambush by militants of the Democratic faction of Hmar People’s Convention (HPC-D) near Zokhawthiang in Aizawl District. Only 36 insurgency-related fatalities have been recorded in the State between 2000-2020 (data till March 8, 2020), averaging less than two fatalities per year. In comparison, the entire North East region comprising of seven states, including Mizoram, has recorded on an average 585 fatalities per year.

Significantly, the State took measures to address two lingering issues in 2019. The first of these was the settlement of Brus who were residing in refugee camps in adjoining Tripura. In an agreement signed on January 16, 2020, more than 30,000 displaced Bru tribals from Mizoram, who were in refugee camps in Tripura, would be permanently settled in that State. The quadripartite agreement was signed between representatives of the Brus, the Government of India (GoI) and the State Governments of Mizoram and Tripura. Over 30,000 Brus (also called Reangs) had fled Mizoram in 1997 after ethnic clashes following the killing of a Mizo forest guard. There have been at least nine attempts for repatriation of the Brus to Mizoram till date, with the latest round of repatriation organised between October 3, 2019, and November 30, 2019, during which 1,165 Brus, belonging to 289 families had returned to Mizoram. Till date 11,107 Bru refugees (2,239 families) have been repatriated back to Mizoram.

The second issue was the detection of illegal immigrants. On December 6, 2019, Mizoram Chief Minister Zoramthanga urged Prime Minister Narendra Modi to give GoI’s approval to the Mizoram Maintenance of Household Register Bill, 2019, in order to detect foreigners and curb infiltration into the State, which borders Myanmar and Bangladesh. An unnamed senior official from the Chief Minister’s office stated, on December 6,

The bill is aimed to identify the illegal foreigners and check infiltration in Mizoram. It would also help the government in maintaining internal law and order situation, protect the indigenous people and genuine residents of the state.

Earlier, on March 19, 2019, the State Assembly had unanimously passed the Mizoram Maintenance of Household Register Bill, 2019, which aims to create registers containing the names, details and photographs of every resident of the State, on a household basis.

Mizoram Home Minister Lalchamliana had informed the State Assembly in January 2020 that between 2015 and January 2020, at least 20,765 people were arrested for entering Mizoram without the Inner Line Permit (ILP).

Nevertheless, Mizoram continued to face lingering issues which may have a bearing on its security situation in the long run. One such issue is the smuggling of arms. Some of the significant incidents of arrests related to arms smuggling in 2019 include:

December 25, 2019: Border Security Force (BSF) personnel recovered three rifles (one each of M16, AK-56, AK-47) and a pistol and 954 rounds of ammunition from Parva village in Lawngtlai District.

August 7: Two people were arrested along with 199 rounds of ammunition from Chhinga Veng Village in Aizawl District.

August 21: A Myanmar national was arrested along with three AK-series rifles from the Samthang area of the Champhai District of Mizoram.

Significantly, a May 11, 2019 report indicated that, according to intelligence officials, weapons entered north-east Indian states from Myanmar and were routed to neighbouring Bangladesh’s Chittagong Hill Tract (CHT) via Mizoram.

Another issue which has continuously plagued the state has been the issue of drug abuse. A January 2020 report indicated that 54 people had died of drug abuse in 2019, with heroin being the main killer. In 2018, the deaths reported due to drugs stood at 36.  Between 1984 and 2020, at least 1,578 people have died in the State due to drug abuse. 1984 was the year in which the first drug related death due to heroin was reported in Mizoram.

Meanwhile, though the state was kept out of the purview of the Citizenship Amendment Act (CAA), with the provision that States under the ILP system would not come under the purview of the Act, the State witnessed protests against the controversial Act, which was passed on December 12, 2019. These protests included:

December 16, 2019: A demonstration was held against CAA in in front of Vanapa Hall in Aizawl (Aizawl District). The leaderless protest was organised through social media by using the hashtag ‘#zoramrevolutionmovement”.

All these protests were, however, non-violent in nature.

The state had vehemently opposed the initial attempt to introduce the then Citizenship Amendment Bill (CAB) in the initial months of 2019, during which MZP and the Young Mizo Association (YMA), the apex Mizo youth organisation, had boycotted the 2019 Republic Day (January 26) and forcibly prevented two officers of the Indian Administration Service (IAS) from attending Republic Day functions in Aizawl.

The State appears unprepared to tackle these law and order issues. On October 13, 2019, Mizoram Director General of Police (DGP) S.B.K. Singh asserted that the Police was facing a manpower crunch, as new recruitment did not correspond to the number of personnel who retire in a year. He stated that more than 300 Policemen retired every year. A huge shortage of Policemen had developed in the State, because the recruitment process was not regular. He also added that the present strength of the State police was 9,000, while it is supposed to be at least 12,000. According to latest available Bureau of Police Research & Development (BPR&D) data, as on January 1, 2019, as against the sanctioned strength of 11,087 personnel, the State had 8,414 personnel in position, a deficit of 24.1 per cent.

Although the State has been immune from significant insurgency-related violence since 1986, it continues to grapple with acute issues of drug abuse and arms smuggling which can have a substantial impact in the long run in the State, as well as across the north-east region. While some fitful measures are put in place from time to time, a broad proclivity to political and administrative lethargy has allowed these problems to persist well beyond their natural life.