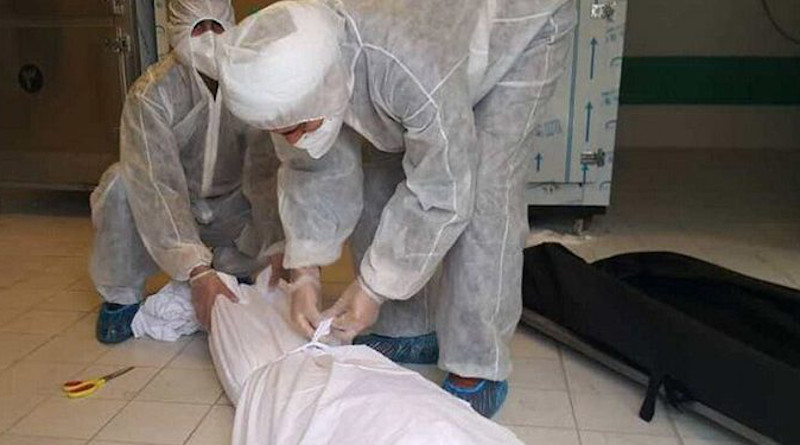 Twenty-three people were detained on charges of “publishing rumors about the coronavirus outbreak and disrupting public opinion” in the central province of Isfahan, a police official said.

Mohammad Hassan Isamaili said that their cases were referred to the Isfahan judiciary for “spreading rumors on social media”.

The Police Chief stressed that they would “deal with disruptors of order and security” on a 24-hour basis.

Since the start of the coronavirus outbreak, security and judicial officials have announced the arrest of dozens of locals in various cities for what they call “spreading rumors” about the virus. Several nurses were even arrested on the same charges.

The Iranian regime is desperate to cover up the real number of fatalities from the coronavirus outbreak and arrests whistleblowers to keep the crisis under wraps.

Yesterday, state-run media said that a former TV presenter was arrested for spreading “fake news” on the coronavirus outbreak.

Mahmoud Shahriari was an outspoken critic of the regime’s handling of the COVID-19 crisis and had recently mocked the ruling clerics in an Instagram post.

In an attempt to show that it has contained the coronavirus outbreak, Iran’s Ministry of Health has announced a two-digit COVID-19 fatality rate for the past two days as opposed to three-digit figures announced on the days before.

This is while a Tehran City Council health official said that just in Tehran at least 70 people died every day from the virus.

“On the best days, 70 people die and on the worst days a bit more than 100 die from COVID-19”, Nahid Khodakarami told Shargh state-run daily yesterday.

The head of the Health Committee of the Tehran City Council said the reason behind the difference in official figures was because some of the COVID-19 deaths were registered as “severe respiratory syndrome”.

Khodakarami said that the test results of most of the deceased came after they were buried and that the cause of death of some of them is registered as Respiratory distress syndrome (RDS).

Yesterday, the National Council of Resistance of Iran, an opposition group that announces daily COVID-19 fatalities, said that at least 29,000 people had died during the coronavirus outbreak in the country.