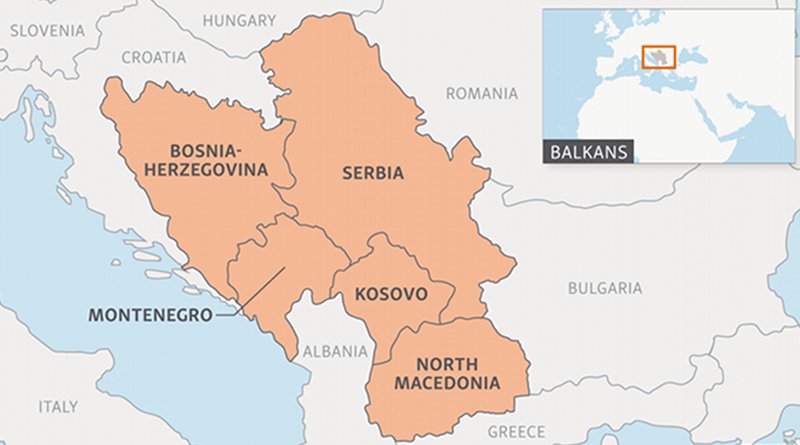 As Kosovo leaders wrestle for control over stalled talks with Serbia, analysts see no room for the dialogue process to resume until the COVID-19 outbreak is over.

While all eyes remain fixed on fighting the COVID-19 pandemic, Kosovo has not left its political uncertainties – and battles – behind for a second since the health crisis started.

First came the collapse of Albin Kurti’s government after just 51 days in office, leaving many important processes hanging in the balance.

Then came the appointment of Slovak diplomat Miroslav Lajcak as the EU’s envoy to the Kosovo-Serbia talks last week.

This latest development has locked President Hashim Thaci and Prime Minister Kurti in another tug-of-war.

Meanwhile analysts see no actual likelihood of a swift resumption of the stalled dialogue process with Serbia.

“The global lockdown certainly will delay the prospects for a settlement between Kosovo and Serbia this year, which were grim anyway,” Gezim Visoka, a Kosovo-born Associate Professor of Peace and Conflict Studies at Dublin City University, Ireland, told BIRN.

“We might see preparatory work, or parallel efforts on the format of future talks occurring during the second half of the year – but this will be significantly affected by eventual elections in Serbia, Kosovo (or a government reshuffle) and in the US,” Visoka added.

According to him, in these circumstances, resumption of the interrupted dialogue is not matter of days, weeks or possibly even months.

“Towards the end of the year, we might see glimpses of a consensus emerging on the format of future talks, although this might be derailed by brewing developments in Kosovo and wider region,” he said.

On April 3, the day Lajcak was designated as the EU envoy to the talks, Prime Minister Kurti sent him a letter of congratulation, wishing him success in his new position.

“The dialogue should be mediated by the European Union and the United States of America,” Kurti said.

Lajcak, 57, is a former Foreign Minister of Slovakia, which is one of five EU member states that do not recognise Kosovo’s independence, along with Spain, Greece, Romania and Cyprus.

On Sunday, when Lajcak on Twitter announced a telephone conversation with Serbian President Aleksandar Vucic, one of Thaci’s advisers, Artan Behrami, called it as a “wrong start”.

“The Special Envoy for the Kosovo/Serbia Dialogue is not focused on Kosovo’s goals or perspective on the dialogue but on Serbia,” he tweeted.

“Anyone who aspires a [mediating] role should reach out to Kosovo first. The start is wrong,” Behrami added.

In 2018, Thaci and Vucic mooted a land swap as a possible compromise, an idea the US administration under Donald Trump said it was open to exploring, but which split the EU. Some European leaders – notably German Chancellor Angela Merkel – said it was a non-starter.

Kurti returned to the vexed land swap issue in his letter to Lajcak, when he said the dialogue should not be turned into a process of “‘face saving’ or preserving the reputation of politicians and state leaders.

“We do not need either a dialogue that involves maps on the table, or a process that leads us to the redrawing of borders,” Kurti added, noting that the people of both countries must be the end beneficiaries of the dialogue.

Visoka says concerns in Kosovo about the appointment of a diplomat from a non-recognising country as EU envoy are understandable, considering that the head of EU diplomacy, Joseph Borrell, comes from another non-recognising state, Spain.

In his view, the mixed response to Lajcak’s appointment could even work in favour of Kosovo, pushing the EU to undertake a more balanced and fairer role in facilitating talks between Kosovo and Serbia. “It might push the EU to perform a more effective mediation role,” he said.

“Though this mixed response could be exploited by the EU to hide its own ambiguities towards Kosovo and the region behind the lack of national consensus among the leading parties in Kosovo,” he added.

“This has happened in the past, as we have had in the case of delaying visa liberalisation under the excuse of border demarcation with Montenegro and the [lack of a] fight against corruption,” Visoka continued.

Kurti’s chances of securing a new majority in parliament meanwhile look slim. He has not been engaged in any new discussions with other parties, preferring new snap elections as soon as the pandemic has passed.

The question is whether the Kosovo constitution allows Thaci to pass the PM’s mandate to the party that came second in last year’s legislative elections, the Democratic League of Kosovo, LDK, led by Isa Mustafa.

While Kurti’s caretaker government is managing the pandemic, on Friday, the Kosovo Democratic Institute, KDI, a Prishtina-based think tank, said the country’s internal political rift was not only affecting developments in domestic politics but Kosovo’s relations with international partners as well.

A Constitutional Court verdict last year left the dialogue with Serbia in the hands of the Prime Minister, but the KDI argues that the March 25 no-confidence vote in parliament in Kurti’s government means it no longer has a mandate to handle the dialogue.

“Talks with Serbia should take place when Kosovo has a government with full legitimacy to exercise its constitutional functions,” the KDI said in a statement.

The European Policy Institute of Kosovo, EPIK, another think tank, has called on all political leaders to unite and define the country’s vital interests in the dialogue.

It urged “the political spectrum to create internal unity on advancing the dialogue on the normalization of relations [with Serbia] as a key formal criterium to implement Kosovo citizens’ aspirations for EU membership”.

Visoka said the key to a sustainable settlement with Serbia was not just about who the mediator is, or where the process takes place.

“Political unity … and the representation an acceptable solution for the majority of Kosovo citizens play a far more important role for the viability and durability of a future settlement with Serbia,” he said.

He also said that while EU and US support were equally important to Kosovo, what is “more important is a national consensus on how to proceed in the future talks and retain popular legitimacy”.

He sees a hybrid EU-US push for a settlement, along with national unity inside Kosovo, as vital to a sustainable result.

“An EU-only format of talks risks exposing Kosovo to different strategic vulnerabilities due to the lack of a EU unified stance on Kosovo’s independence,” he said.

“A US-only format might sound promising but can be equally risky due to the unpredictability of the Trump administration and the requirement of the eventual involvement of other big powers, which might shape the process,” he added.

“Similarly, an UN-only format exposes Kosovo to Russia’s and China’s anti-independence stance, which isn’t in favour of Kosovo,” he concluded.

By Felix Corley On 17 September, the City Court in the commercial capital Almaty again upheld an earlier court decision