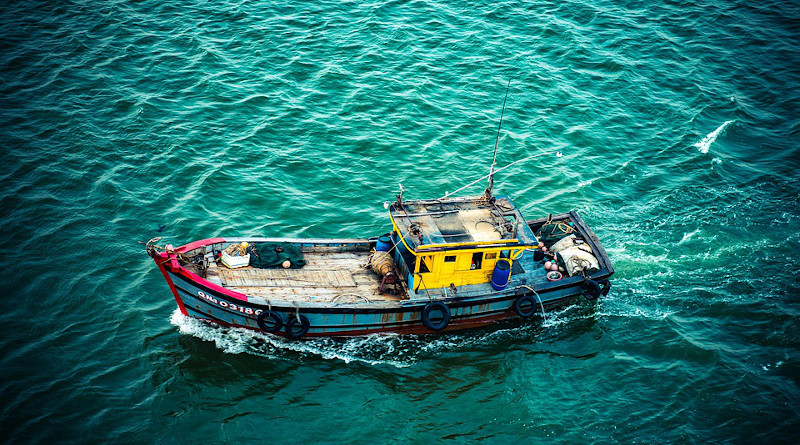 The South China Sea flashpoint continues to spark trouble among claimants despite a spiraling pandemic. Early this month, the sinking of a Vietnamese fishing boat by a Chinese coast guard vessel off the disputed Paracel Islands led the Philippines to issue a statement of concern and solidarity with its Southeast Asian neighbor. The statement released by the country’s Department of Foreign Affairs is informed by Manila’s own exercise of utmost restraint in dealing with foreign fishermen and its desire to downplay and manage fishing incidents.

The coronavirus scuttled Vietnam’s chance to place the South China Sea as a key agenda item under its ASEAN chairmanship this year. This would have given Hanoi leverage to apply pressure on Beijing over the latter’s interference in Vietnamese fishing and oil and gas activities in the contested sea. But with many events getting postponed, cancelled, or migrating online and focus shifting toward pandemic response, the territorial and maritime row may likely take a backseat. This said, the recent fishing incident and sharp reaction it elicited showed the continued undercurrent of tensions among disputants amid calls for greater cooperation in the fight against COVID-19.

The South China Sea has long provided common ground for frontline Southeast Asian claimants, notably the Philippines and Vietnam. In the ninth Joint Commission for Bilateral Cooperation held in Manila last year, both sides underlined the importance of maintaining peace, stability, safety, and security of navigation in the semi-enclosed sea. They also stressed the need for peaceful resolution of disputes, respect for diplomatic and legal processes and international law, including UNCLOS, observance of the Declaration of Conduct, and pursuit of the early conclusion of an effective and substantive Code of Conduct. The high-level meeting was led by Philippine Secretary of Foreign Affairs Teodoro Locsin and Vietnamese Deputy Prime Minister and Foreign Minister Pham Binh Minh.

Philippine Defense Secretary Delfin Lorenzana also traveled to Vietnam last year to meet his counterpart, Defense Minister Ngo Xuan Lich. In response to some fishing incidents, Lorenzana said that Vietnamese fishermen will no longer be accosted but will instead be advised to turn away from Philippine waters. Philippine Navy offshore patrol vessel BRP Ramon Alcaraz also made a port visit to Ho Chi Minh City last September. The sixth staff-to-staff talks between the navies of the two countries was held in Haiphong last November, with the Philippines set to host the seventh round of talks this year.

As littoral states harden their enforcement of jurisdictional authority over claimed waters, fishermen increasingly find themselves caught in a tight spot. But despite suffering from rampant foreign illegal fishing, Manila still treats foreign fishermen with considerable leniency. In 2016 and 2017, President Rodrigo Duterte pardoned and personally witnessed the send-off of about two dozen Vietnamese fishermen caught poaching off northwestern Luzon, the country’s main island. They were released and given fuel and provisions for their journey back home. The country’s approach gave these fishermen a breather, sparing them from getting entangled in sovereign disputes as they carry out their traditional livelihood. Desecuritizing and depoliticizing fishing incidents also create suitable conditions for managing them. This said, such an approach may invite further incursions and generate discontent among local fishing communities and maritime law enforcers. Nonetheless, it is clear that such acts of goodwill and humanitarianism create a virtuous cycle. In June last year, Vietnamese fishers returned the favor by rescuing their Filipino peers after the latter’s boat was hit by a Chinese vessel in Reed Bank in the dead of the night, an incident that also marred Manila-Beijing ties.

Manila’s statement showed that despite warming ties in the last three years and receiving significant medical aid from China in its campaign against coronavirus at home, its position does not waver. The country maintained that “[T]he creation of new facts in the water will never give rise to legal right anywhere or anytime.” It also served notice to Beijing that such incidents undermine efforts to build mutual trust necessary to sustain the positive momentum for ongoing Code of Conduct negotiations. It warned that “[T]here is never a good time to indulge in provocations.” Such a display of bellicose assertiveness in contested maritime spaces only raise worries that Beijing seeks to impose a new harder line while the world is busy combating a contagion. Finally, Manila impressed on parties the severity of the challenge posed by the pandemic and the urgent task of cooperation: “COVID-19 is a very real threat that demands unity and mutual trust. In the face of it, neither fish nor fictional historical claims are worth the fuse that’s lit by such incidents.”

Last February, the foreign ministers of ASEAN and China met in a special meeting in Laos co-chaired by Beijing and Manila to outline a concerted effort to address the pandemic. Untoward incidents in the South China Sea undercut that welcome undertaking and risk sowing discord at a time when comity is greatly sought. As a claimant state and as the present ASEAN-China country coordinator, the Philippines will continue to balance advancing its national interests and fulfilling its role to foster constructive relations with the region’s big neighbor and major dialogue partner. Sea incidents will make that pursuit a tough sail.

This article was published at The Diplomat