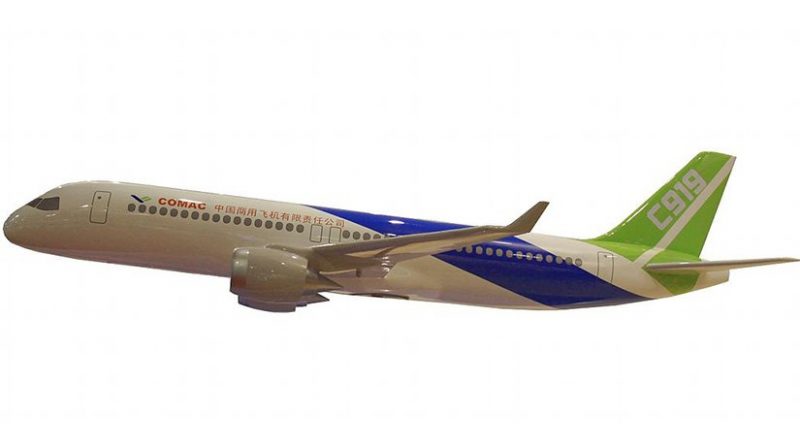 The first flight of China’s new C919 passenger jet is an important milestone in the country’s commercial aerospace business. Nevertheless, China faces an uphill battle when it comes to breaking into the international airliner market.

Earlier in May 2017, China’s answer to Airbus and Boeing, the Comac C919 passenger jet, took its first flight ever, live on state-run television. Not surprisingly, this event immediately prompted an outpouring of patriotism and self-satisfaction within the country. Local reporters gushed, and the state media celebrated the flight as “another fulfilment of [the China] dream”.

A Chinese aviation expert predicted that the plane would “rip a hole” in the Boeing-Airbus duopoly, and ordinary Chinese burst with pride. Even the foreign press heralded the accomplishment, the New York Times calling the C919 a symbol of the “industrial might of an emerging superpower”. So much hyperbole for such a rather workaday occurrence. Congratulations are certainly due to the Chinese aerospace industry for getting the C919 off the ground. But the future may not be as bright as it seems, though the West should not take this challenge lightly.

The C919 narrow-body jet, initiated in 2008, seats 150 to 200 passengers, which puts it roughly in the same category as the Boeing 737 and the Airbus A320. China has invested US$9 billion in the programme, and Comac, China’s state-owned commercial jet consortium, claims to have over 550 orders for the plane.

Nevertheless, it is a long way from a successful first flight to delivering a first-rate airliner that can take on Airbus and Boeing at their own game. Many other countries have tried before and failed to compete with these two aerospace giants. China itself has been down this road before, several times in fact, and not put a dent into this duopoly.

Back in the 1970s, for example, Mao Zedong backed a major effort to build the Y-10 airliner. The 178-seat Y-10 was basically a clone of the Boeing 707, one of the first large passenger jets. The Chinese acquired ten 707s in the early 1970s, and even if they did not totally reverse engineer it, they used the 707 as their model. The Y-10 was initiated in 1970, and the first prototype flew a decade later. And when it finally flew, at least one contemporary press account asserted that “one could no longer regard China as a backward country”.

And yet the project was quietly abandoned in the early 1980s. It was overweight and underpowered and there were considerable safety concerns. There were even rumours that it was poorly balanced, and that if it were improperly loaded it would fall back on its tail.

Undaunted, the Chinese in the mid-1980s undertook a major partnership with McDonnell Douglas, then the world’s second-largest commercial aircraft manufacturer. The Shanghai Aviation Industrial Corporation (SAIC) acquired a license to assemble the McDonnell Douglas MD-82 airliner, a 135-seat single-aisle airliner. Many MD-82 parts were manufactured in China, including the horizontal stabiliser, the nose landing and main landing gear doors, and other ancillary pieces. Other Chinese aircraft companies participated as subcontractors to SAIC; the Chengdu Aircraft Industry Group, for instance, built the nose section for the MD-82.

The first SAIC-built MD-82 rolled out in 1986 and flew later that year. Nevertheless, only 35 Chinese MD-82s (and two MD-90s, a slightly improved version) were ever built before the programme was cancelled. McDonnell Douglas was later absorbed by Boeing and disappeared as an independent company.

Sad Experience of the ARJ-21?

Lost in all the hype over the C919 is China’s 100-seat regional jet, the ARJ21. This jet was launched in 2002, and its maiden flight took place in late 2008. Intended first and foremost to meet China’s burgeoning demand for short-haul internal air transport, the plane has already secured over 300 firm orders.

The ARJ21, like the C919, looks good on paper, but it has had a rough time, raising serious questions about China’s ability to break into the international commercial airliner business. The ARJ21 was two-and-a-half years late in achieving first flight. In late 2010, the plane’s wing failed its predicted load rating during static tests; wing cracks as well as problems with the aircraft’s avionics and wiring also have been reported. The first ARJ21 was delivered only last year, and all in all this airliner is more than six years behind schedule.

The C919 is also behind schedule, missing its milestones for first flight by more than two years. In addition, the US Federal Aviation Administration (FAA) has refused to certify the C919’s airworthiness, making it highly unlikely that the aircraft will meet its 2016 deadline for starting deliveries. FAA certification is essential if the Chinese wish to sell the C919 to foreign airlines.

So far nearly all the orders for the ARJ21 and C919 have come from Chinese airlines, making it highly probable that Beijing has strong-armed these companies into buying these planes. The first airline to receive the ARJ21 was Chengdu Airlines, which is partly owned by Comac. Another airline, Joy Air, was purportedly established specifically to purchase and operate Chinese-made commercial aircraft.

All these arguments aside, the West – and particularly Boeing and Airbus – should not be complacent. China has an infinite capacity to confound the naysayers. With regard to the C919, the country possesses two advantages. The first is size: the Chinese aviation market is growing by leaps and bounds; Boeing predicts that Chinese airlines would spend more than $1 trillion on new planes over the next two decades, totaling more than 6,800 aircraft.

The second advantage is commitment and money. President Xi Jinping’s “Made in China 2025” initiative, launched two years ago, is intended to make the country self-sufficient in several industrial sectors, including microchips, artificial intelligence, robots, electric cars, agricultural machinery – and commercial aircraft. China’s commercial aerospace interests will not end with the C919. Comac has plans for two wide-body airliners, the 300-seat C929 and the 400-seat C939.

So do not count China out as a commercial aircraft maker. That said, expect turbulence.

*Richard A. Bitzinger is a Senior Fellow and Coordinator of the Military Transformations Programme at the S. Rajaratnam School of International Studies (RSIS), Nanyang Technological University, Singapore. An earlier version of this Commentary appeared in Asia Times.