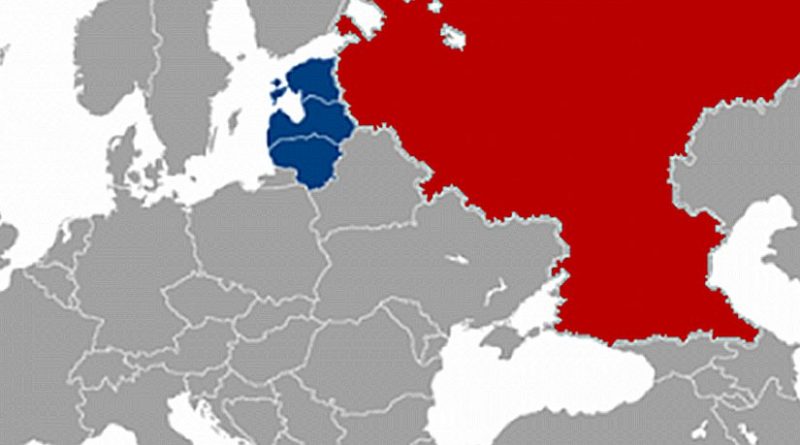 The Baltic states today are no more a clean sheet of paper waiting for somebody to write something on. During almost 30 years of independence from the USSR the authorities have been cleaning the countries from the Soviet-era’s hangover and are writing new history by themselves. And the results of their activity are various and often disputable.

On the one hand the idea of gaining independence which was in the air for long time had been realized. But unfortunately this is the only great thing that happened to the Baltic states.

The first years of independent existence were marked by national enthusiasm. It seemed as if there were no unrealizable goals for strong in spirit Lithuanians, Latvians and Estonians. The three peoples were ready to move mountains. Almost thirty years have passed. And only now it becomes clear, that those who were given the power to decide for the whole nations did not always make right political and economic decisions. And they continue to be in error.

People’s interests are no longer in the list of priorities. The authorities very often forget that they were chosen by people, they are not Lords but they are servants for people’s good.

This fact is proved by the increasing immigration rate. The reality is that Latvia, Lithuania and Estonia are losing people. According to U.N. statistics, “in 2000 Latvia’s population stood at 2.38 million. At the start of this year, it was only 1.95 million. No other country has had a more precipitous fall in population — 18.2 percent. Only Latvia’s similarly fast-shriveling neighbor, Lithuania, is with a 17.5 percent decrease.” The officials’ explanation of such catastrophic statistics arouses surprise and even resentment. Do they really think that young people leave because “borders are open, information about life in other prosperous EU states is available and they just go to see the world.” NO! They do not just want to see the world, they just want to live in prosperous countries, because Latvia, Lithuania and Estonia are poor! Young generation even does not see any perspective at home. No enthusiasm is left, no more trust to the authorities exists. Who is to blame?

But now it is not so important to find those who are guilty, the question “what to do to stop loosing people” is on the agenda.

The scenario of a fairy tale when a hero comes and saves the country does not work in reality. It is time to stop choosing such heroes. Russia, US, NATO or the EU are not those who can make the Baltic states prosperous. It is enough to rely on their decisions and advice. What have the Baltic states achieved since gaining independence? They became a place for possible war conflict. Paradoxically, they took over this status of their own free will. First of all they permitted foreign troops deploying in their territories which irritates neighboring Russia and locals. The authorities allowed to build military warehouses, these steps aren’t also attractive for local population. The matter is foreign military activity is to some extend occupation even if it is conducted for the important purpose. Do the Baltic states really need foreign troops? They need foreign investments, foreign tourists, foreign goods, but not troops and old military vehicles that pollute their soil, air and water. The worst thing is the countries loose self-sufficiency and can’t exist without the so called “donors.” These “generous” countries feel free not only to advice, but to decide for the Baltic states.

One of such examples is the assessment of the Baltic states railways condition made by Modern War Institute at West Point in April 2018. According to the report, “currently, the Baltic states operate Russian-gauge railroad tracks, while other European NATO members utilize a standard European gauge. Such differences impose a big problem for NATO’s Logistics in Northeastern Europe. This incompatibility means that trains “carrying military equipment and supplies from larger NATO bases in Germany or Poland would have to transfer their cargo to Russian-gauge trains or proceed via ground convoys to their destinations. Not only are both options time-consuming, they require trained personnel and significant military resources (e.g., heavy equipment transporter systems, military police and security elements), as well as proficiency and familiarity in conducting such operations.” The documents of such type “advice” to rebuild Baltic rail infrastructure. By the way this will demand huge amount of money. Who will pay for new railway? Most likely the NATO problem once again will become the Baltic states’ problem. As well as the decommissioning of Lithuania’s Ignalina Nuclear Power Plant has become purely Lithuanian problem. Thus strengthening its Western flank NATO automatically makes the Baltic states poorer and weaker.

Home » Who Is Making Expense Plan For The Baltic States? – OpEd

Trees Can Help Slow Climate Change, But At A Cost