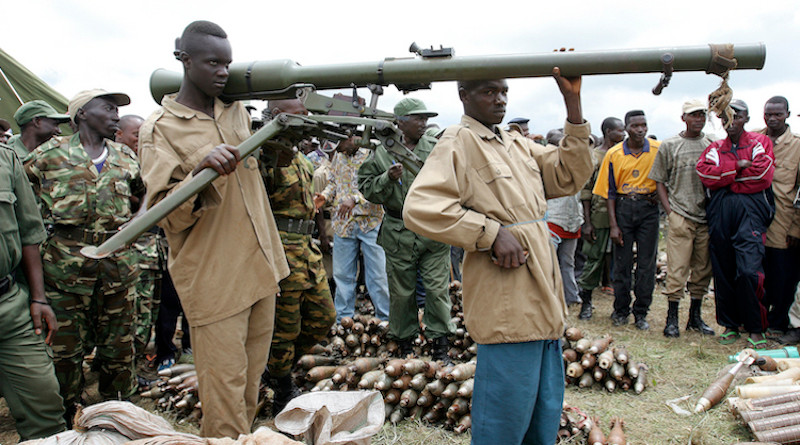 By Paula Donovan and Stephen Lewis*

It is a matter of extreme urgency that Burundi’s presidential, legislative, and local elections, scheduled for May 20, be postponed. Admittedly, it’s the eleventh hour, but the contagion of violence, and the viral contagion of COVID-19, make rescheduling imperative.

Three events of the past several days make an incontrovertible  argument:

On May 14, the United Nations Commission of Inquiry (COI) on Burundi—investigating alleged crimes against humanity committed by Burundian government forces since September 2016  —released an urgent statement in light of the “numerous acts of violence and human rights violations” occurring during the election campaign. The Commission made clear that accelerating violence and the “shrinking of democratic space” put the electoral process at serious risk.

On May 13, the Burundian government expelled the World Health Organization (WHO) team just as the pandemic inexorably spreads in Burundi. The government has done little to address the COVID-19 crisis. Massive campaign events are being held—making a mockery of physical distancing — in blatant defiance of WHO recommendations. And now the government, in a spasm of defensive irrationality, declares the WHO persona non grata.

And, on May 8, the Burundian government informed the East African Community that election monitors would be required to quarantine for 14 days, effectively preventing them from entering Burundi before the May 20 vote. The election will thus be held without any international monitoring to ensure that the vote is free and fair.

Pierre Nkurunziza, granted the title of “Supreme Guide of Patriotism,” heads an authoritarian regime. Nkurunziza, who is not standing for re-election, has chosen as his successor a man who is complicit in the alleged crimes against humanity now being investigated by the UN’s COI and the International Criminal Court.

His name is Evariste Ndayishimiye, a retired army general who has served as minister of the interior and security. “Do not be afraid,” General Ndayishimiye said of COVID-19 during the campaign. “God loves Burundi, and if there are people who have tested positive, it is so that God may manifest his power in Burundi.”

New reports from Human Rights Watch and Amnesty International amply testify that the crisis in Burundi has been worsening as the election nears. Government forces are launching attacks against real and perceived regime opponents. The few remaining independent media outlets are being threatened and harassed. Human rights defenders have either fled the country or been intimidated into silence.

Astonishingly, the UN has helped fund the unrest. The UN says more than $13 million a year—roughly a third of Burundi’s military budget—for the services of Burundian soldiers in UN peacekeeping forces.

Hundreds of Burundian peacekeepers serve in the UN peacekeeping mission in the Central African Republic (CAR) with predictable results.. Since 2015, several dozen Burundian peacekeepers have been reported to the UN for committing criminal sexual offences against women and children in CAR. Yet none of the 43 accused soldiers has been criminally prosecuted.

It is not possible to hold a free and fair election without international monitors amid rampant and worsening violence. At the same time, an unchecked pandemic sickens many more Burundians than the government is willing to admit.

If the worst happens—if Burundians suffer through the fires of another catastrophe—the UN will suffer a blow to its reputation from which it may never recover.

*Paula Donovan and Stephen Lewis are Co-Directors of AIDS-Free World and its Code Blue Campaign, which seeks to end impunity for sexual offences by UN personnel.