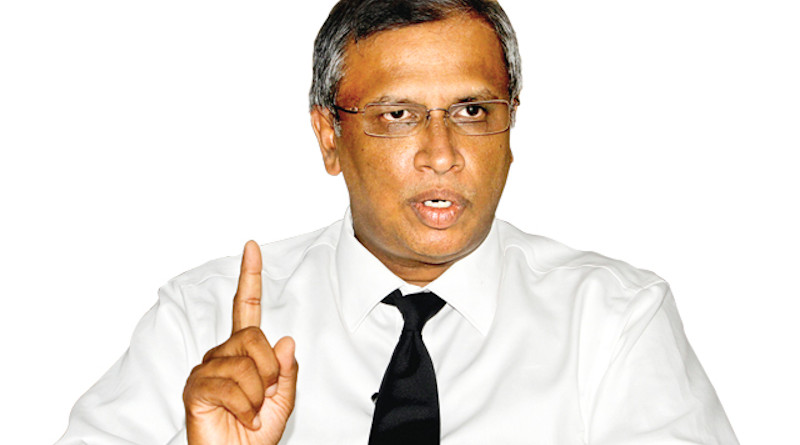 Last week, the de facto leader of the Tamil National Alliance (TNA), M.A. Sumanthiran, gave an interview to a Sinhala program called, Truth With Chamudith. Chamuditha Samarawickrama conducted the discussion. In this interview, Sumanthiran made several controversial comments, some of which could amount to half-truths. Sumanthiran said he never accepted Prabakaran’s “political or armed project,” and he had “no connection with the Tiger diaspora.” It is interesting that Sumanthiran, the main Tamil political party’s de facto leader, did not even approve the LTTE’s “political project.”

It is not uncommon for Tamil politicians to say something in Jaffna and totally another in Colombo. More often than not, statements in the North are nationalistic and inflammatory.  However, this time around, Sumanthiran’s assertions were entirely out of the Tamil mainstream. Hence, last week, Sumanthiran faced widespread condemnation from Tamil political and civil society groups, including some of the prominent TNA leaders. His effigies showed up with garland of sandals, an ultimate insult.

It was against this backdrop, a videotaped public speech of Sumanthiran, presumably made before the dissolution of Parliament started to do the rounds on Facebook. In one of the videos, an angry Sumanthiran challenged his distractors to provide an alternative if they think what the TNA is doing now is wrong. He was like, tell us what the alternative is. This is probably a common theme for Sumanthiran these days.

2015 was a challenging year. From 2009 to 2015, the President Rajapaksa government’s policies pushed the Tamil people to the brink of deprivation. They wanted a change, and the 2015 presidential election offered an opportunity to make a change. Hence, the TNA offered unconditional support to United National Party (UNP) candidate Maithripala Sirisena. The Tamils wanted a change, but at the same time, Sirisena could not have won without the Tamil votes. The situation was ideal for a win-win outcome. Yet, the TNA did not insist on anything in return for making a president. It did not have the confidence to bargain. Therefore, the 2015 election ended up as a win-win for President Sirisena (and Sirisena alone).

The TNA saved the UNP from collapsing at least twice. The first no-confidence motion against the government was introduced in April 2018, and the second one was brought forward in response to the Easter Sunday (ISIS) attack. On both occasions, the TNA voted in favor of the UNP government. It is imperative to note that when the TNA voted for the UNP in April, it was the main official opposition party.

What did the TNA get for the Tamil people for helping the government to extend its tenure in office? To the best of my knowledge, nothing was gained in return. I find it difficult to imagine an opposition party supporting a government without anything in return. The TNA supporting the UNP government in critical times without any political concessions led to the “rumor” within the Tamil community that many TNA members were bought by the government for hefty sums.

The 2019 presidential election was a tragicomedy. The TNA, along with other Tamil parties, presented a 13-point program as a precondition for its support. Whoever accepts the proposal would get Tamil votes. The proposal included such demands as recognition of the right to self-determination and the introduction of a federal structure.

No one expected candidate Gotabaya Rajapaksa to accept the TNA conditions. Under pressure from the Sri Lanka Podujana Peramuna (SLPP) to reveal his stance on the Tamil proposal, candidate Sajith Premadasa also rejected it. Yet, the TNA went ahead and endorsed Premadasa, again without any preconditions. The TNA should have anticipated rejection of its demands by major southern parties, especially in an election year. The party should have thought about a backup plan if and when the proposals are rejected.

There is no evidence to suggest that the TNA was thinking about these issues. Hence, when the UNP candidate dismissed the proposal as unacceptable, the TNA simply surrendered. Following the decision to support Premadasa, Sumanthiran claimed that the 13-point proposal was not presented to any of the candidates, a half-truth.

In a democracy, political parties have a responsibility to work toward the betterment of the community they represent. The TNA has a responsibility to protect and promote the Tamil people’s interests without undermining the wellbeing of other communities and national interest. The criticism against the TNA is on the rise, mainly due to the party’s inability to deliver. The self-interest of the TNA parliamentarians seems to supersede community interest. The TNA and Southern parties must remember that it was the failure of the TULF to deliver that pushed Tamil youth into militancy in the 1970s.