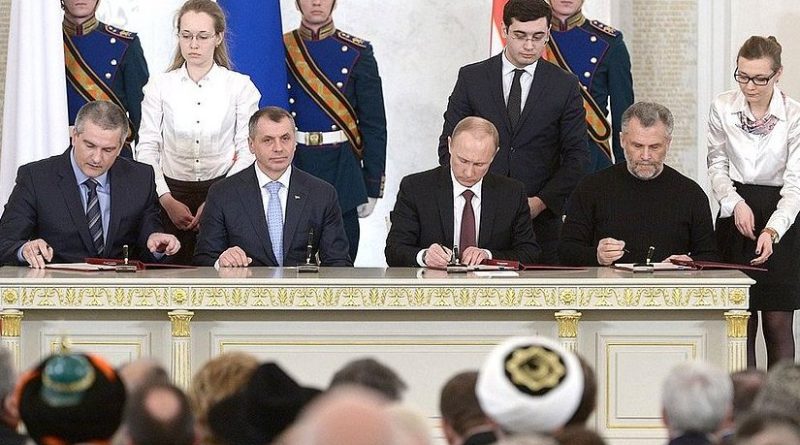 The number of ethnic Russians in what were the non-Russian republics of the former Soviet Union has fallen from 25 million in 1989 to 11 million today, but only 6.5 million of that decline consists of Russians who returned to the Russian Federation. The remainder is almost evenly divided by excess deaths over births and assimilation.

According to a new report by the Russian7 channel, approximately 2.5 million ethnic Russians changed their identity from Russian to that of the titular nationality. Of these approximately two million are in Ukraine (ussian7.ru/post/chto-stalo-s-russkimi-v-soyuznykh-respubl/?utm_source=infox.sg).

The other decline in the number of ethnic Russians there reflected natural population losses because the members of that community had higher death rates and lower birthrates “than representatives of the other nationalities, the station reports, sometimes because of age structure and sometimes because of the actions of the authorities as in Tajikistan and Chechnya.

In what was the Chechen-Ingush ASSR in Soviet times, ethnic Russians numbered 290,000. Today in the two successor republics, they number only about 23,000. In Daghestan and in Tatarstan, the situation is not as bad for ethnic Russians, the station continues, but in both places, there has been a decline in the number of ethnic Russians.

With regard to Ukraine, the ethnic Russian population there has “actively been assimilated.” Only a third of the three million decline in the number of ethnic Russians in Ukraine between 1989 and now is the product of emigration. The rest involves assimilation in the first case and lower birthrates and higher death rates among ethnic Russians.

Elsewhere, the picture is also bleak, the station says. In Kazakhstan, three million of the 6.5 million ethnic Russians who had lived in that Central Asian republic have emigrated. But in the Baltic countries, despite problems for ethnic Russians in Estonia and Latvia, few Russians have emigrated because of the relatively better economic situation there.

The fewest Russians now remain in Tajikistan and Georgia. Only 30,000 of the 390,000 ethnic Russians who had been in the former in 1989 are still there. And in Georgia there has been a similar decline. As for Turkmenistan, Uzbekistan, Kyrgyzstan and Azerbaijan, the number of Russians has declined by more than half.