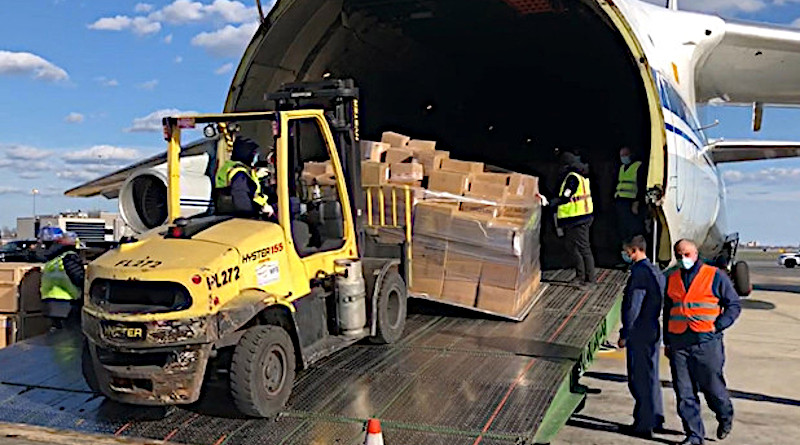 The global rush to procure medical equipment to deal with the coronavirus crisis has generated a wave of corruption investigations as under-pressure governments shortcut purchasing and transparency procedures, creating opportunities for unscrupulous politicians and officials to enrich themselves.

The purchasing of medical supplies has long been vulnerable to financial crime. According to the UN Office on Drugs and Crime, an average of 10-25% of the value of a public procurement contract may be lost to graft, amounting to hundreds of billions of dollars globally every year. A European Commission (EC) study found 28% of healthcare corruption cases among EU member states are related specifically to procurement of medical equipment, including overpricing, payment of kickbacks, the bribery of officials to favour the purchase of a particular brand, and false certification of equipment.

Yet these risks multiply in times of healthcare crises due to the urgent need to buy in resources, with current compliance oversights apparently leading to allegations of corruption, threatening the effectiveness of the response to the COVID-19 pandemic. It underlines the need for procuring agencies to redouble, rather than limit, their due diligence efforts, either internally or through outside agencies.

An April survey of 58 countries by Berlin anti-fraud consulting firm Nemexis found that the delivery of COVID-19 related healthcare around the world was significantly affected by financial crime. The survey of just over 500 respondents, mostly anti-fraud professionals working in business or government, identified corruption involving personal-protective equipment and the embezzlement of healthcare funds in 81% and 58% of the countries covered, respectively.

In their haste to purchase vital supplies during health emergencies, public officials might relax procurement compliance procedures, such as publishing tenders for a limited time; restricting bidding processes; buying from brokers rather than directly from producers; and getting involved in bidding wars, which in turn can be exploited by suppliers to hike up prices. And, in certain jurisdictions, officials may come under pressure to award contracts to politically-connected supplying companies.

At the same time, exposing the corruption that could arise from bypassing procurement rules during the pandemic is harder because a number of countries have introduced emergency legislation restricting access to information; extended the deadlines for responding to requests; or simply not prioritizing public access to information.

With transparency at a premium, campaigners are calling for greater whistle-blower protection. In Europe, some are urging the immediate introduction of safeguards in line with provisions in an EU directive which member states are required to incorporate into national laws by 2021. In the Nemexis survey, retaliation against whistle-blowers was reported in 46% of the countries surveyed.

Concerned about the “Wild West” state of healthcare procurement, the OECD Working Group on Bribery decided in April to fast-track pandemic-linked corruption research.  But while there are clear emerging procurement corruption risks in high-income countries, these are likely to be more acute and potentially more damaging in the developing world. There, in  many cases, budgetary reserves will have been improved through emergency grants and debt relief from international financial institutions, creating opportunities for venal politicians and officials to take advantage of often-weak transparency regimes with impunity.

In Latin America, InsightCrime reported that a May study by the Lawyers Council for Civil and Economic Rights found that contracts for the coronavirus response have been riddled with irregularities in a dozen countries, while senior figures across the continent have come under scrutiny over their handling of procurement. In Bolivia, the health minister was arrested over allegations that ventilators were purchased at inflated prices; a presidential adviser in Panama stepped down after a probe into similar claims. In Colombia, 14 provincial governors have been under investigation for alleged crimes ranging from embezzlement to unlawfully awarding no-bid contracts.

Europe too has come under the spotlight. So far, allegations of purchasing-related wrongdoing have been made in Romania, Ukraine, Slovenia, and Bosnia, as authorities try to secure supplies, often under sped-up procedures, as reported by the CIS business publication BNE Intellinews. In Italy, the coordinator of the coronavirus emergency response was arrested on suspicion of corruption and rigging health sector tenders in a previous post.

According to the Organised Crime and Corruption Reporting Project (OCCRP), many European countries are forgoing procedures designed to ensure that government purchases are transparent, efficient, and free of corruption. “Agencies as large as entire ministries or as small as individual towns are buying medical equipment from suppliers directly, often verbally, requiring no bids and publishing little or no information about what’s happening,” it said.

EC guidance on procurement during the pandemic, issued at the beginning of April, reminds member states that purchasing rules can be relaxed during an emergency.  But, says the OCCRP, they must justify the reasons for doing so in what is known as a contract award notice, within 30 days of the contract’s completion. Yet, according to the reporting project, as of April 21, other than the size of the contract and the name of the vendor, little information was supplied in several dozens of such notices published on the EC’s online portal.

If transparency advocates and journalists are unable to interrogate these contracts, and given that freedom of information laws have been suspended in some countries, critical monitoring of purchasing decisions will be undermined.

Whistle-blowers and transparency groups may at times expose fraud and international sanctions might be imposed on those suspected of it. However, the longer compliance rules are relaxed or bypassed, and public information about transactions remains thin on the ground, the greater the danger of corruption going undetected in the public procurement response to the pandemic.

In these challenging times, speedy acquisition is no doubt a priority for many procuring agencies, but unless the race is accompanied by robust due diligence they risk pulling up short.

*Yigal Chazan is head of content at Alaco, a London-based business intelligence consultancy.

Source: This article was published by Geopolitical Monitor.com