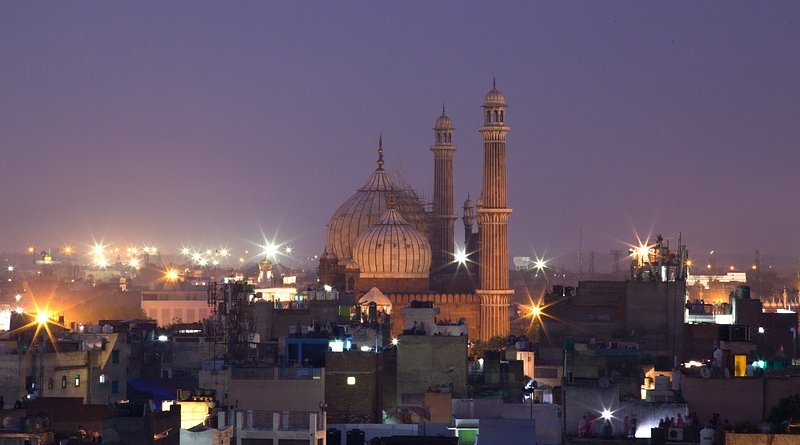 The Salafi Islamic movement is a reform branch of Sunni Islam, which is estimated to represent 85-90% of all Muslims. In spite of such a large number, there is no definitive response as to what makes a Muslim Sunni. This inquiry has become particularly confused in the course of the last hundreds of years with the rise of different developments of change within the Sunni branch all over the Muslim world. This article looks to explore a working definition of Sunni Islam that existed prior to 1800, and then show how later developments have veered from that definition.

For the purposes of this article, a customary Sunni Muslim is defined as a Muslim who holds fast to one of the four Sunni maddhabs, or schools of law. A reformist Sunni, on the other hand, doesn’t follow any of the four maddhabs and rather depends on various specialists and translations of sacred text with regards to driving their life. Two of the most conspicuous branches of change are the “Salafis” and the “Wahhabis“, terms that additionally need solid  definitions, have a shapeless affiliation, and are frequently observed as the substance of Sunni Islam around the world.

This article contends that, despite the predominance of Salafism and Wahhabism in contemporary times, the Salafis and the Wahhabis are not indeed the very same. The expression “Salafism” originates from the Arabic word Salaf, or the principal ages of Muslims. A Salafi, from a liberal perspective, is any individual who accepts that the most punctual ages of Muslims exemplify Islam in its most perfect form. Modernist Salafis trusted in a similar core standards as the Late Sunni Traditionalists, however, have adopted a particularly extraordinary strategy to change from their teachings.

Driven by researchers like Muhammad Abduh’ and Rashid Rida, innovator Salafis have accepted that numerous hadith were unreliable. However, rather than disposing of the hadiths completely, Modernist Salafis like Abduh’ and Rida argue for the need to reconsider the hadiths.  For example, Muhammad Abduh’ accepted that mutawatir hadith should be complied with. A mutawatir hadith is one that can be traced back to the Prophet Muhammad. This articles examines Salafi and its branches descriptively.

Sunni theological and legal scholars, particularly in Saudi Arabia, sought to redefine Islam as they visualized it during the time of Prophet Muhammad S.A.W (PBUH) and his early followers who witnessed his action and life.

Salafi is a name that signifies Islam in its purest and righteous form and advocates that modern day Islam must be  transformed by revisiting the original theory and practices of Islam of Prophet’s time (PBUH).

The convention and roots of Salafism are to be found in the observation of Prophet Muhammad (PBUH). Muhammad said, “So fear Allah and have patience. Also, I am the best Salaf (predecessor) for you.” [Saheeh Muslim: no. 2450], and other also based their authorities on the practices of predecessors

To be sure, there are Salafists who merit the label “quietist.” For example, the Madkhali groups in Saudi Arabia counsel their followers to observe strict obedience to Muslim rulers and  silence on political matters. While many quietist Salafists do not engage in political activities, they do contribute to political discourse regarding international, regional, and local political matters. Their political actions are quiet. They lie on a continuum between absolute quietism and peaceful political engagement.

The continuum between quietism and political activism is best examined through the life of the most prominent quietist Salafist of the last century, Muhammad Nasir al-Din al-Albani (d. 1999). Today, his students range from Madkhalis—the aforementioned absolute quietists—to the violent messianic insurgent group that took over the Great Mosque in Mecca in 1979.

Quietists stress an emphasis on peaceful techniques for spread, purification, and training. They characterize Salafism as “the strategy for conviction, well being, and security,” an expression with a specific cadence in Arabic (manhaj aliman wa-l-aman wa-l-amaan). Aware of the hostility they confront from jihadists, they address their works not particularly to jihadist pioneers be that as it may, to columnists and scholarly specialists on Islam with a specific end goal to satisfy their educator’s guidelines of “instruction” about the right form of Islam while illustrating their wide proficiency.

Other followers of Islam are more political in nature, who preserved the Prophet Muhammad’s statements and actions because they knew him or they were close to him. Salafists seek to adhere to the reports of Muhammad’s words and deeds (sunna) and to avoid innovation (bid‘a). Albani highlight the utilization of Salafi ideology in the political field, which they see as especially imperative since it significantly impacts social justice and the privilege of God alone to enact. They do contribute to political discourse regarding international, regional, and local political matters. Their political actions are quiet, but their political voice is loud. They lie on a continuum between absolute quietism and peaceful political engagement.

Jihadis take a more activist position and contend that the present setting calls for violence what’s more, revolution. Unfortunately, the followers of Salafi are often accused of carrying out Jihad activities and terrorist activities. But from the very beginning of Islam, Imams have sought to clarify that in Islam there is no place for jihad activities such as suicidal killings or terrorism. This means that most Muslims are rightly guided by religious scholars in that Islam is peaceful religion, and there is no place of terrorism.

Salafis oppose taqlid (adherence to the Sunni schools of Islamic law – madhhab). Salafis deride this as “blind emulation” and “madhhab-partisanship”`

Instead, they insist on the direct application of practices and ideas in hadiths deemed to be “authentic” (i.e. “proven” that the Prophet Muhammad said them).

In addition, they reject the entire tradition and methods of Islamic jurisprudence since much of this draws on analogical reasoning, deemed by Salafis to be foreign to Islam.

Al-Sindhi was born in a village in Sind (India) in present-day Pakistan and traveled locally to get his basic education. Then he migrated to Madinah and studied closely with Ibrahim al-Kurani and his son Muhammaad Tahir al-Kurani.Here, he was initiated into the Naqshbandi tariqa.

Shah Waliullah was born in 1703 to Shah Abdur Rahim, during the reign of Emperor Aurengzeb. He was known as Shah walliullah because of his piety. A prominent Salafi and scholar of Delhi. He memorized the Qur’an by seven.

He was a Sunni Muslim preacher and scholar from Nejd in central Arabia who claimed to “purify” Islam  by returning it to what, he believed, were the original principles of that religion as the Salaf. He rejected certain common Muslim practices which he regarded as amounting to either religious innovation bid‘ah or polytheism shirk.

Born into a ZaydiShi’a Muslim  family, ash-Shawkani later on adopted the ideology within Sunni Islam and called for a return to the textual sources of the Quran and hadith. As a result, he opposed much of the Zaydi doctrine. He also opposed Sufism. He is considered as a mujtahi, or authority to whom others in the Muslim community have to defer in details of religious law. Of his work issuing fatwas, ash-Shawkani stated “I acquired knowledge without a price and I wanted to give it thus.

Syrian Islamic revivalist, reformer, and writer. Lived in Egypt from 1897 until his death. Close associate and disciple of Muhammad Abduh . Published the journal Al-manar to articulate and disseminate reformist ideas and preserve the unity of the Muslim nation. Concerned with the preservation of Muslim identity and culture. Viewed original Islamic sources—the Quran, Sunnah, and ijma (consensus) of Muhammad ‘s companions—as the basis for reform. Believed that matters of worship (ibadat), intended to organize human behavior, were revealed in the Quran and authentic hadith, making them unchangeable.

Yaroslav Trofimov, a reporter with The Wall Street Journal, talks about the 1979 siege of the Grand Mosque at Mecca in Saudi Arabia. About 100,000 people appeared in the Grand Mosque of Mecca for the dawn prayer. What they didn’t know was that all of them would become hostages within minutes of the prayer beginning. A group of jihadis, several hundred jihadis, from Saudi Arabia, from Egypt, but also some Americans and Canadians – converts to Islam – had entered the mosque with weapons, overpowered the guards, shut down the gates and proclaimed the arrival of the redeemer, the Mahdi, that would cleanse the Muslim world from its impurities brought in by the Westerners. They argued their struggle would lead to a global battle against Christianity and Islam.

Regional conflicts assume sectarian aspects because intersect between the three categories of Salafis (purists, political, jihadis). Some Salafis violate ideological standards by framing political gatherings (e.g., Egypt, Gulf States), with some contending this is defended as a method for sustaining their central goal of purification and education (al-tasfiya wa-l-tarbiya)

Absolutist/Madkhali quietists cease on rule from remaking any part of the political circle and direction compliance to the ruler. They cling to editorial on religious lessons, individual recognition.

Politically-inclined quietists say something regarding to current occasions and legislative issues through their religious and legitimate perspective, however they oppose direct inclusion.

Requirement of Salafism in Present Time

There is need for Islamic Dawah Centre in cities and academic institutions so that believers of other religions can be invited to have dialogue between themselves, remove doubts and misunderstandings, and understand the purest form of Salaf. There is also need to create programs among the female members to explain the essence of Islam and Sunna that is  associated with Salafi- Islam.

Pan-Salafism: In the broadest sense

In a broadest sense, Salafi (follower of Salaf) means any reform movement that calls for the resurrection of Islam by going back to its origin. As such, in regards to Wahabbism, Muslim Brotherhood, the reformisms of Muhammad Abduh and Muhammad Iqbal and even the Islamism of Taliban all are totally irrelevant when Salafism is considered.

Home » Salafism And Political Quietism: Both Past And Present – Analysis

One thought on “Salafism And Political Quietism: Both Past And Present – Analysis”