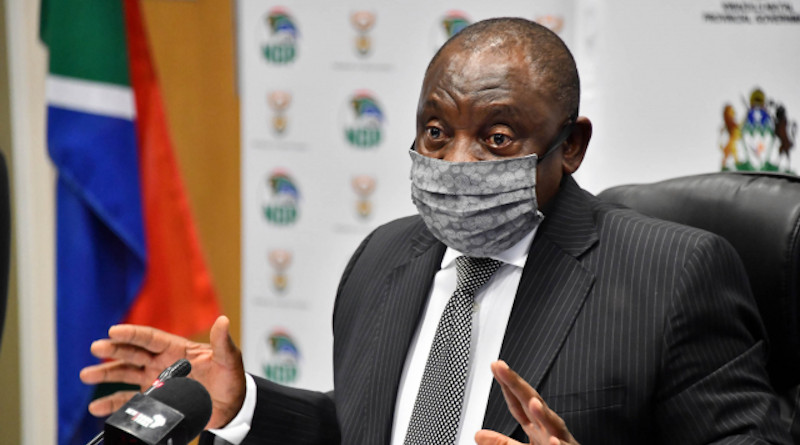 Calling it a “dark and shameful week,” South African president Cyril Ramaphosa denounced the latest surge in violence against women, including the murder of a woman eight months pregnant.

“Gender-based violence thrives in a climate of silence,” he said. “By looking the other way because we believe it is a personal or family matter, we become complicit in this most insidious of crimes,” the President said.

Ramaphosa’s remarks come after some coronavirus restrictions were lifted, including a ban on the sale of alcohol.

Mr Ramaphosa condemned the brutality of recent killings, naming three of the victims, two of whom have become the subject of Twitter campaigns. They are Tshegofatso Pule – #JusticeForTshego, and Naledi Phangindawo – #JusticeforNaledi . The president said another young woman had been dumped under a tree in Johannesburg’s Soweto township on Friday.

But his remarks ring hollow when a “new government report” released in September also declared gender-based violence a national crisis.

According to the 10-month-old report, a woman is murdered every three hours in South Africa, and many are assaulted and raped before their death.

Nomakhosazana Xaba, in her late 20s, says this violence now resembles a country at war against its women.

After the September report, President Ramaphosa announced a five-point plan to tackle violence against women, including media campaigns, strengthening the criminal justice system, and providing training for healthcare workers and counsellors.

But Xaba was fed up. “Enough is enough! A lot has been said, but there is still no change. We are brutally victimized each and every day, every second. Am I next?  It’s fearing to live.”

Yesterday, the Federation of Unions of South Africa issued a strong statement urging steps to end the violence. “Fedusa is horrified by the ongoing scourge and the slow response and general inaction of our government,” they said. “Yet the government still has not ratified the ILO convention on Ending Violence and Harassment in the World of Work.”

For its efforts, 1.1 billion rand gifted by the government were deposited in the Federation’s bank.

Meanwhile, police minister Bheki Cele continues to maintain that law enforcement is doing its job when it comes to arresting perpetrators of gender-based violence. “Police are responding,” he said defensively. Commenting on the recent surge of violence, he blamed the sale of alcohol during lockdown level 3.

Mpume replied on Twitter: “Bheki Cele is gonna need to do more than just confiscate alcohol and pose in front of shebeens (bars). Women are dying every single day.”