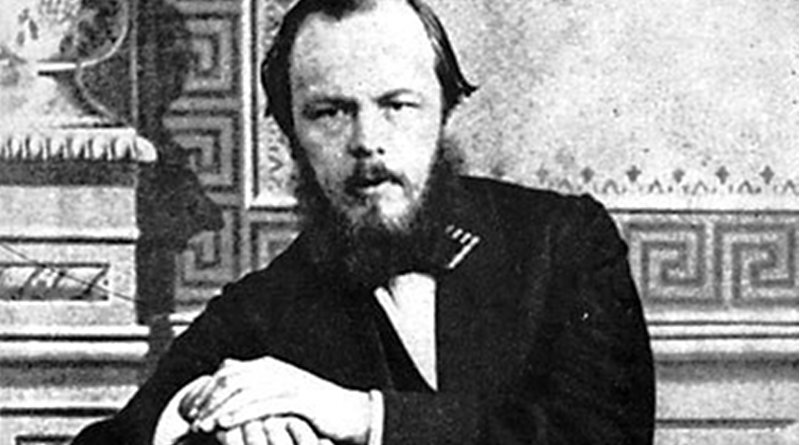 Fyodor Mikhailovich Dostoevsky was probably the most important and consequential Russian writer. His understanding of the human condition emerges especially from the novel The Brothers Karamazov (1880).

His literary testament wrestles with the question of evil and innocence, of individual freedom and suffering, of religion and tyranny. Dostoevsky mounted up a sharp criticism of institutionalized Christianity, as well as secular modernity. He may have had his own dreams about the messianic role which Russia had to play in the political designs of modern Europe. However, despite the failures of the Slavophile movement, one still needs to give heed to Dostoevsky’s extraordinary insights into the subtle dialogue of faith and reason. In order to understand the origins of modern atheism, the genealogy of Western nihilism, and the logic of the secular age, we must come to grips with Dostoevsky’s work.

The author of Brothers Karamazov was genuinely representative of that ancient wisdom which affirms that through stories (rather than through philosophical abstraction) we can articulate a therapeutic approach to the question of evil. Dostoevsky understood that one’s life must be depicted, not as a rigid mathematical equation, but as an epic tale. The “mystery of iniquity” (to put it in St. Paul’s theological terms) cannot be fathomed by reason alone, and then delivered as a neat, compact, philosophical explanation. The mysterium iniquitatis is not a problem, but a riddle, concealed among the broken lines of our autobiographical script. That is why Dostoevsky decided that the most befitting way to explore the mystery of evil was to write parallel but interwoven biographies of great, compelling characters, such as Ivan, Alyosha, or Dmitri.

In this way, he showed that only by reading the invisible cardiogram of each person one may find an answer which the ancient tomes of systematic theology have failed to provide us. One should remember here that the Russian novelist was a passionate reader of the early Christian apophthegmata of the Greek Church fathers and of the Russian version of Philokalia, compiled in five volumes (Dobrotoliubie, 1877) by St. Theophan Zatvornik (or “the Recluse”), particularly appreciating of the writings of St. Isaac the Syrian. These writings were embodied by the very lives of the Russian spiritual fathers from Optina Pustyn, the famous startsy who influenced in no small degree the mindset of Nikolai Gogol, Aleksei Stepanovich Khomiakov, and Vladimir Sergeyevich Solovyov.

Dostoevsky paid attention to the dramatic conventions of hagiography: A biblical parable would teach people more than any Cartesian meditation. The sayings of the Desert Fathers are part and parcel of Dostoevsky’s literary device. This is how Father Zosima is introduced in the book: as an elder surrounded by disciples, weak and strong, who are only too eager to listen to his famous adages. Zosima made alive the “rule of faith” (kanon tēs pisteōs) in Jesus. Dostoevsky’s poetic approach is genuinely cathartic. Ready-made answers are nowhere to be found. With Alyosha and Zosima, as with Anthony the Great in the famous apophtegmata, one discovers the importance of limiting the arrogance of the all-knowing members of the European intelligentsia. Often, Dostoevsky thought, public intellectuals are unable to grasp the horizon of intelligibility which reveals the divine Word.

Dostoevsky’s poetics remind us that man cannot grasp the ultimate rationality of the Divine Being. Along with the ancient Greek poets, Dostoevsky acknowledges the tragic battle raised by the conflict between human freedom and cosmic necessity. And yet, liberty prevails. It was Adam, and not God, who chose death instead of life. Evil is a distortion of the primal good, just as illness is the sheer absence of health. Dostoevsky looks at the juxtaposition of human agency and of demonic forces, respectively. Man, he believes, needs healing, and not merely a detached, intellectual diagnosis. Dostoevsky grounds his argument on the very texts of Christian theology, and yet he leaves room for the mystical experience of divine silence. The Russian writer tackles theodicy by recovering the meaning of Jesus’ parables, while still preserving a particular appreciation for the unknown.

Christ is the perfect image of divine beauty, in which Dostoevsky sees the promise of an answer to the universal drama of suffering. The vision of this cosmic figure of Christ is contrasted by the figure of the Grand Inquisitor (described at length by Ivan Karamazov). The Cardinal of Seville does not want to recognize the infinite power of Christ’s revelation: “You have no right to add anything to what you already said once.” This statement operates a radical refutation of orthodox Christology, which sees the person of Jesus as being equally human and divine. The Grand Inquisitor has a legalist, totalitarian approach, trying to provide our fallen humanity with some very simplistic formula for happiness. By denouncing the reduction of living Christianity to an institution obsessed with the abuse of power, Dostoevsky has met Nietzsche’s concerns.

Against the Grand Inquisitor’s vision of religion, Alyosha brings up the other perspective held by his “Pater Seraphicus,” namely Zosima. As it is well known, Dostoevsky shaped the literary character of this Russian monk in the image and likeness of Father Ambrose, who was, at the time, the abbot of Optina Monastery. As P. Travis Kroeker and Bruce Ward once observed, “Although freedom and equality in Zosima’s Christian understanding might find their initial realization in the monastic community, Dostoevsky does not envisage this community as a spiritual elite separate from a hopelessly corrupt world; monasticism is to function, rather, as a leavening force within the world, working toward the latter’s transformation.”

Another vital commentary on Dostoevsky’s novels stems from René Girard’s interpretation of “the economy of desire.” There is first the sinful father, Fyodor Pavlovich (the bourgeois buffoon), and then his eldest son Dmitri (who, like a “Schiller-spouting lover of beauty,” can worship “both Sodom and Madonna”). They both feel erotically attracted to Grushenka, and the whole rivalry and depravity existing between the two Karamazovs depresses Alyosha. “Ivan’s disciple, lackey, and bastard half-brother, Smerdyakov, parrots a shallow version of Voltairean skepticism, allied with Jesuitical casuistry, in his ‘theological disputation’ with the old Orthodox servant, Grigory,” says Ward. Grigory gets stabbed by Smerdyakov, the child of Fyodor, born from a rape. Before the results of the trial are known, Alyosha prays to God “for the whole world,” having low expectations from the retributive justice system.

The problem of spiritual judgment is central, and through the voice of Alyosha, we learn that the one who is unable to forgive cannot discern truth. Again, the reference is here, unmistakably, to Christ. Kroeker and Ward say:

[Jesus’] scandalous practice of forgiving sins exemplifies a way of life that is to be imitated and a consciousness of “mind” that is to be cultivated in and by the church, as the earthly enactment of eternal truth. Those attached politically to the body of Christ are therefore participants in a drama that is both human and divine, earthly and heavenly, bodily and spiritual, individual and social. This drama is a source of possible offense in its prophetic witness to the God-man who remains the slain Lamb: it is witness to a truth that, even as it is publicly enacted on the earth, cannot be communicated directly (not even in miracles). It can be seen only by the free and obedient decision of the heart.

There is the figure of Jesus emerging from the story of the Grand Inquisitor. Christ emerges as a hero, not necessarily as a divine Savior. Alyosha’s understanding of Jesus reflects the teaching of the Church Fathers, who saw the self-emptying of the divine Logos as that radical encounter of God with humankind. There is a contrast between the image of the semi-divine Christ of the Arians (Ivan’s hero) and the Redeemer depicted by the Nicene Creed.

Dostoevsky had the literary genius to reveal the importance of centuries-old theological debates for the understanding of our modern, human condition. By affirming the transformative power of the Holy Spirit, Dostoevsky calls into question the conventional understanding of morality and the non-therapeutic system of retaliatory justice. Institutional Christianity often fails to resist the temptation of turning religion into an instrument of social discipline.

Dostoevsky was a great artist and not a religious ideologue. This makes him an author for all seasons.

*About the author: Mihail Neamtu, Ph.D., is an Eastern European conservative author and public intellectual. He has written 10 books on American politics, Christianity, and Islam, as well as new trends in Marxist culture. His forthcoming publication is The Trump Arena: How did a Businessman Conquer the World of Politics?

Home » Dostoevsky And The Triumph Of Poetry Over Ideology – OpEd