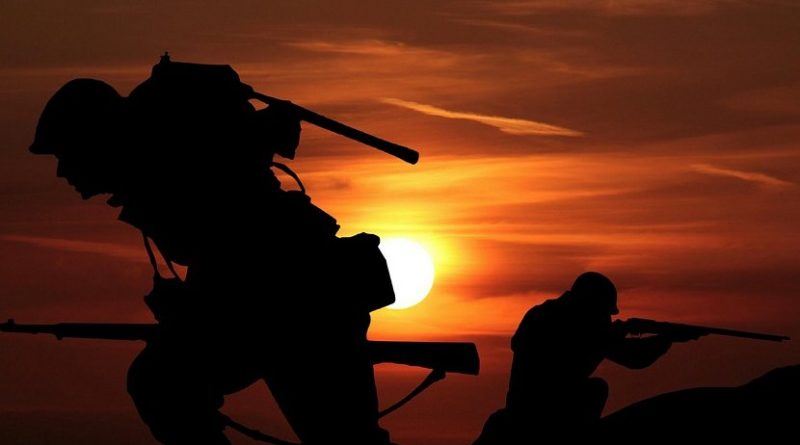 The discourse about the international security and defense affairs have always been impregnated with the dynamics of security dilemma. Even today, when complex interdependence has connected states in multiple ways, the global politics still tends to favor Machiavellian norms. Therefore, it is forcefully propagated that the security of the state depends upon the strength of their armament.

Apparently, it sounds perfectly reasonable, to have the recent generations of arms in abundant quantity to deter the ‘enemy. But what if a state has no enemy? Or at least does not have any immediate enemy in the general sense of the term. Should such a state focus its resources to build a mighty defense sector and take part in an arms race?

The answer that might pop in our minds is No. Unfortunately, this is true in the case of South East Asian states. In the last few years, the ASEAN states’ military spending has nearly doubled. Most notably, Thailand and Indonesia’s military budget has been snowballing at the rate of 10% on a year by year basis. It is interesting to note that Vietnam arms import has spiked 700% over a decade, making it one of the top 10 purchaser of arms. Other ASEAN states have been increasingly importing fighter jets, frigates, helicopters, submarines and the like.

The emerging situation in the region could be analyzed from these three different perspectives. Firstly, South East Asian states have increased their military spending as a consequences of US withdrawal from the region and mounting concerns about China’s growing regional as well as global influence.

As ASEAN states generally enjoy cordial relations among themselves and the spirit of regionalism is very much prevalent in both their bi and multi-lateral relations. Besides, these states have, by and large, remained peaceful in world affairs.

Therefore, considering this first perspective has its own problems, it might be true to some extent, that the recent surge in spend spending is aimed at countering China, with which they share friendly ties, or filling some security void.

Secondly, some experts argue that south East Asian states’ military spending is according to their GDP rate, and has remained stable over the period. Therefore, this ‘surge’ is normal.

Lastly, according to some scholars, we need to look at what these states are actually buying to understand the whole situation. These scholars argue that, these states have been spending the money on ‘modernizing’ their armament that have, otherwise, been hardly functional for years. So, for this standpoint, this surge in military spending is nothing more than normal efforts to modernize state weaponry.

Nonetheless, this is where the actual problem lies. Why should states seek to modernize their weaponry when there is no such apparent reason and when this weaponry has been “barely functional for years”?

Armaments, like other machineries, need constant maintenance, supervision and regulation. And all of this requires a lot of resources. Even if a state’s military spending is in accordance with its GDP, armament or its modernization, whether qualitatively or quantitatively, must not be ‘justified’.

Since the Cold War, international politics has seen many disarmament efforts, be it conventions on chemical or biological weapons, denuclearization zones, Arms Trade Treaty or Nuclear Non-proliferation treaty. It is a high time that instead of making it customary to have some modern armament, states must come together to break this norm. Particularly, South East Asian states, that have no deeply embedded antagonism, neither within the region nor outside it, could have reversed the norm of owing “modern military weaponry”, that would most likely again remain ‘barely functional for years’ on end.

Moreover, as previously mentioned, what these states have been importing is telling. However, how this modernization in armament has been reoriented is equally important, as many of the regions military strategies are shifting their focus away from countering insurgency to external defense and conventional warfare.

While domestic factors do play a key role here. For instance, Thailand doubled its military spending after the military coups of 2006 and 2014. And Myanmar has justified its arms buildup on the pretext of having to deal with various insurgent groups within the state. Though particularly in Myanmar’s case, instead of spending heavily on military and committing gross atrocities against its very own Rohingya community, it should have provided shelter to them

Although various studies refute that there is any instrumental link between armament and warfare. But given that, when such efforts are aimed at strengthening capabilities for external warfare, it is likely that it might spike some mutual distrust at some point in the future.

But it’s not simply the matter of the conflict that ‘might emerge’, the problem here is, an undaunted prevalence of spending on weapons at international level that has quietly legitimized, justified and warranted the buying and selling of lethal weapons. So much so that, such a state of affair is usually vindicated and rationalized into a ‘broader context’ of necessities of owning vast weaponry to secure stability. Sadly, such broader context is rarely ‘broad enough’ to include human rights and humanitarian perspectives in the contours of world politics.

The South East Asian States are engulfed in an unending arms race for their survival. To sum up, the discourse on international security and defense that focuses so much on arms buildup needs to be realigned with the new realities of the time. South East Asian states should come up as a norm changer by diverting their resources from extensive defense spending to the human resource development. Progress and development in economy, society, science and technology will pay off in much better ways than investment of precious resources in arms race.

*The writer is a visiting faculty member at University of Peshawar. She holds an M.Phil. degree in International Relations from Quaid-e-Azam University Islambad, Pakistan.