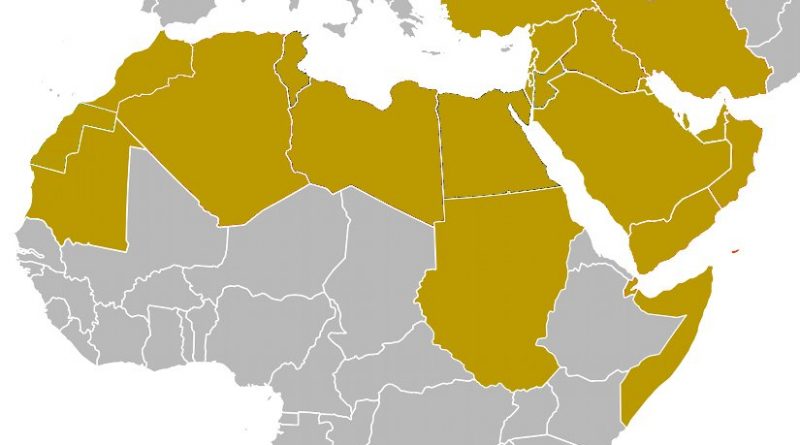 Europe is a near neighbor to the Middle East and its conflicts. However, it seems to lack a vision or strategy toward the broader region.

Since the 1970s, the US strategy toward the Middle East has been based on four pillars: Israel, Turkey (representing the easternmost border of NATO), Egypt and Saudi Arabia. But the US has been withdrawing its commitment to the region since before President Donald Trump took office and at an accelerated pace since January 2017.

Europe has not always spoken with one voice or seen eye to eye with the US on its Middle East policies. The second Iraq War is a good example: Germany and France were wary of supporting the US, but then-UK Prime Minister Tony Blair marched in lockstep with President George W. Bush.

The Europeans might have had different views to the US, but they still worked closely with their American allies, be it on Libya, Syria, Turkey or even the controversial Iran nuclear deal.

The Trump administration’s waning commitment to the region has left Europeans disorientated. The common denominator was that the EU tended to see its Middle Eastern neighbors largely through the prism of the refugee crisis.

Russia, on the other hand, played its cards well and steadily advanced its interests in the region by backing Bashar Assad in Syria alongside Iran, and Libyan strongman Khalifa Haftar alongside Egypt, Saudi Arabia and the UAE. Moscow also collaborated with the Gulf oil producers under the framework of OPEC+.

Against that backdrop, Europe did not really develop a strategy. The European countries among the nuclear deal’s signatories have tried in vain to save the agreement following the US’ withdrawal. However, America’s sanctions have proved overwhelming and Iran has now breached the terms of the deal.

On Libya, the Europeans tried to work with the international community to reach a cease-fire. In January, Germany hosted a conference that brokered a deal, which was no mean feat as Russia and Turkey stood on opposite sides, with both sending arms, mercenaries and soldiers to the North African country. Europe lacked a united front, with Italy supporting the UN-backed Government of National Accord leader Fayez Al-Sarraj and France backing Haftar. The cease-fire lasted all of eight days. This month, UN Secretary-General Antonio Guterres warned of the consequences of “unprecedented levels” of foreign interference in the country.

Europe’s preoccupation seems to have again shifted to refugees, as rescue ships face every conceivable obstacle, ranging from not being allowed to enter harbors to being declared unseaworthy on technical grounds. The European Border and Coast Guard Agency, known as Frontex, is tasked with building a cordon sanitaire against refugees. Now, even commercial ships are saving distressed refugees from drowning, only to return them to inhumane conditions in Libya.

Last weekend was a case in point. The European members of the UN Security Council worked hard to counter Russian and Chinese vetoes against the renewal of the organization’s humanitarian assistance to Syria. There was success of sorts. However, the number of border crossings through which the aid can be channeled was reduced from two to one, which may well be insufficient for many of the 2.8 million people depending on UN assistance. It might have been impossible to achieve more, given the political structure of the Security Council. Still, a clearer, more critical and united position in the wake of the compromise might have been helpful.

Nothing shows the lack of clear policies and vision better than Europe’s relationship with Turkey. The EU voices issues with Turkey when it comes to democracy, free speech and drilling for oil off the Cypriot coast, but still the bloc entered into a pact so Ankara would hold back refugees in exchange for €6 billion ($6.8 billion) of support.

The EU sees itself not just as an economic and political union, but also as being united in values. In reality, most European leaders regard Turkey as no longer being fit to join the union. The Dutch and the Austrians said as much after Monday’s meeting of EU foreign ministers. The foreign ministers not only criticized Turkey’s record on democracy, but also held it to account for its incursion into Syria and especially for its military involvement in Libya, where Ankara backs Al-Sarraj. The EU foreign ministers’ criticism might have represented a change in tone, but they understand that they need Turkey if they want to keep the western Balkans route sealed to refugees. Ankara sent shivers down the spine of many European governments when it moved thousands of refugees to the Greek border in March, just as the coronavirus started to take Europe in its grip.

If all of the above sounds disparate and without a vision or plan, that is because it is. One of Angela Merkel’s five priorities for Germany’s six-month EU presidency is the bloc’s position in the world. She has a lot on her plate, not least trying to find a compromise on the proposed €750 billion coronavirus rescue package. Nothing less than the cohesion of the union may be at stake here. However, a unified position and having a stronger and more united voice when it comes to dealing with its near neighbors and their conflicts is important. No one can ignore the neighborhood they live in — neither people nor nations. One’s neighbors’ problems all too often become one’s own. The stream of refugees heading toward Europe is a good example.