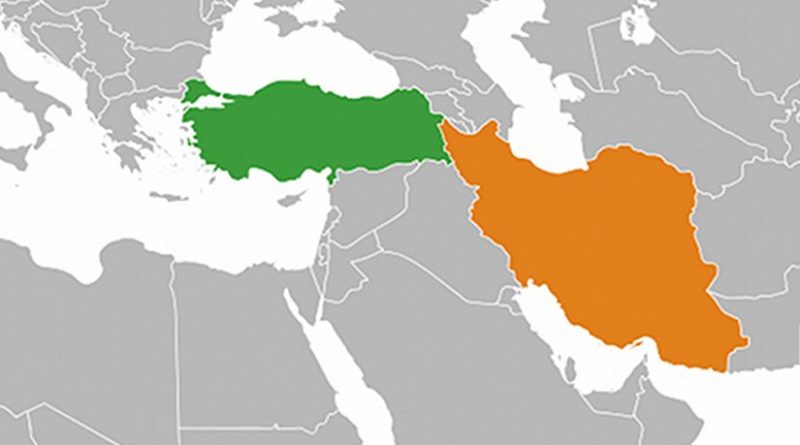 As the Syrian-Turkish relationship begins to fray over the Assad regime’s brutal crackdown, differing perspectives between Iran and Turkey could spell trouble for the Turkish-Iranian relationship.

Fueled by a mutual interest in quelling Kurdish nationalism and growing energy interdependence, Turkey-Iran relations gained new momentum in the early 2000s. The diplomatic rapprochement largely overlapped with the election of the ruling AKP and the adoption of its “zero problems” foreign policy.

“Relations between the two are improving quite rapidly in terms of economic and political co-operation. The two states have a number of interests in common in the Middle East that have brought them closer together. However, the situation in Syria has the potential to create a lot of tension,” Alireza Nader, an international policy analyst at the RAND Corporation, told SETimes.

Iranian and Turkish interests in Syrian stability converged in the late 1990s, albeit for very different reasons. The Turkish-Syrian entente was driven by Ankara’s desire to combat the PKK, as well as expand Turkey’s economic presence in the Middle East.

For Iran, Syria has long been its entry point into the Israeli-Palestinian conflict and other simmering conflicts in the Middle East.

“Iran is very dependent on Bashar al-Assad’s regime for influence in the Middle East, especially in the Levant and Lebanon,” according to Nader. “Besides Syria, Iran does not have any major allies. If the regime falls it could weaken Iran’s influence.”

Elliot Hentov, an expert on Turkish-Iranian relations, agrees, telling SETimes that if the Syrian regime falls, “all of Iran’s tools to get into the Arab-Israeli conflict will have been lost. It will reinforce Iran’s regional isolation.”

Iran’s best-case scenario is if “Assad can somehow hang on to power and remain a weakened ally.”

Turkey, on the other hand, “is hedging its bets”, says Nader. “It is still maintaining ties to the Assad regime while associating itself with the opposition and condemning the crackdown.”

Nonetheless, after months of contact at all levels of government, Turkey’s patience is reaching a tipping point. Foreign Minister Ahmet Davutoglu said on August 16th, without elaborating the threat, that there will be nothing left to talk about with the Syrian regime if operations against civilians don’t stop immediately.

Iran has taken some tentative steps to prepare for a post-Assad Syria. Alaeddin Boroujerdi, Iran’s chairman of parliament’s Committee on National Security and Foreign Policy, told reporters that “Iran endorses efforts by the Muslim world and regional countries to put an end to the crisis in Syria,” according to Iran’s Press TV.

However, he stopped short of criticising Assad directly, choosing instead to blame the United States and Israel for fomenting the protests and supporting the protesters.

While Iran has allegedly aided the Assad regime in repressing protestors, Turkey has worked closely with the United States and Europe to deliver a unified message calling on Assad to reform and end violence.

In the same interview, Boroujerdi singled out Turkey for adopting a “threatening tone”, prodding Ankara to take a more “vigilant” stance vis-à-vis Syria. He also chastised Turkey for stopping its alleged support of Iran, Syria and Hezbollah.

According to Hentov, the ratcheting up of anti-Turkish rhetoric is “more than just a bump in the road and is instead an indicator of more deep seated issues”.

“Turkey and Iran are not fierce rivals but competitors” in the Middle East, says Nader. “[This] doesn’t mean that the competition will turn into outright rivalry, but it could produce a lot of tension, especially if Assad falls and Iran views Turkey as abetting his downfall.”

Home » Turkey And Iran At Odds Over Syria