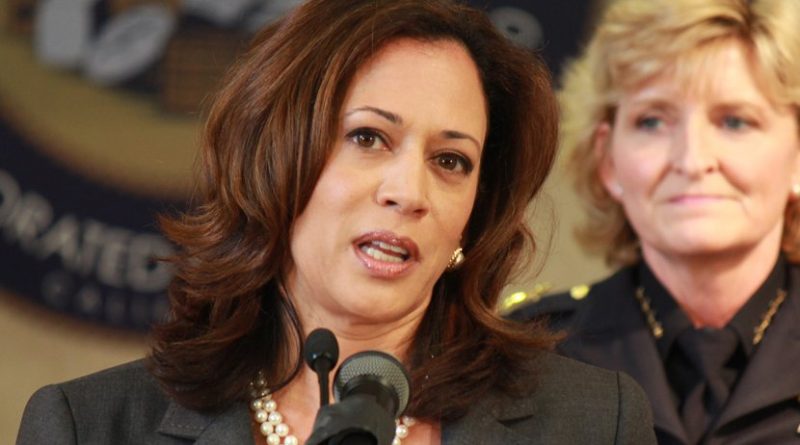 Last week, conservative author Peter Schweizer alleged that when Kamala Harris was the San Francisco District Attorney she failed to pursue allegations of sexual abuse by priests in the San Francisco Archdiocese. He says she did so because she was beholden to Catholic donors to her 2003 campaign; she took over that post in 2004. He also claims she destroyed Church documents.

I admire Schweizer’s work and realize that his primary target is Harris, not the Catholic Church. However, his accusations ineluctably tarnish the Church.

The accusations that Schweizer made last week are based on his chapter on Harris in his recent book, Profiles in Corruption. I accessed the sources he cited in the book and matched them up with what he said to the media. As it turns out, there are important inconsistencies and omissions. Most important, what he says about the Church’s response to law enforcement lacks context, providing the reader with a skewed account.

In an interview with Fox News host Tucker Carlson on August 12, Schweizer said, “Tucker, from 2004 to 2011, she [Harris] was San Francisco Attorney General. She did not prosecute a single case of sexual abuse involving Catholic Church priests.”

Schweizer misidentified Harris. She was San Francisco District Attorney from 2004 to 2011; she served as Attorney General of California from 2011 to 2017. But to his most salient point, he is right: she did not prosecute priests.

However, to know if Harris showed favoritism to the Catholic Church, we would need to know if she prosecuted other professionals who interact with minors. For example, did she prosecute public school teachers, or members of the clergy from other religions? This is important because most of the offenses committed by priests occurred in the last century (mostly between 1965 and 1985). In education, the problem is ongoing. If Harris did not pursue teachers, why should she have pursued priests?

Harris’ predecessor, Terence Hallinan, was hot on the trail of priests, and was able to secure Church documents on 40 former or current priests. It is true that Hallinan, who lost to Harris in 2003, was building criminal cases. It is also true that in June 2003, six months before Harris took over as D.A., the U.S. Supreme Court overturned a California law from 1994 that retroactively eliminated the statute of limitations for crimes involving the sexual abuse of minors.

Instead of asking why Harris did not pursue criminal cases against molesting priests—when the high court said such offenses were time barred—perhaps Schweizer should ask why Hallinan was so aggressive in singling out priests for prosecution, even using a grand jury to bring indictments. He was on a tear, seeking 75 years of Church documents.

Why would a D.A. want to spend his resources seeking to obtain the files on priests extending back to the 1920s? The San Francisco Chronicle, not exactly a Catholic-friendly source, labeled Hallinan’s pursuit “a fishing expedition.” This was noted in several of the sources cited by Schweizer. His failure to mention this suggests he disagrees with the editorial.

Where did Hallinan get the documents on the 40 priests? The archdiocese voluntarily turned them over in May 2002. By the way, lay employees were among the 40 (this was not mentioned by Schweizer), and most of the priests were no doubt dead or out of ministry.

There is no question that San Francisco Archbishop William J. Levada was seeking to protect the anonymity of accused priests. In doing so, he was doing what the leaders of every religious and secular institution do in these situations. Do the media open their books to the authorities on sexual abuse allegations? Do school administrators? Does Hollywood? In short, Levada was not an outlier, as Schweizer suggests.

Schweizer told Carlson that “victims groups” were chagrined when Levada was not more forthcoming. In his book, he offers quotes from SNAP (Survivors Network of those Abused by Priests). Had he been as circumspect about SNAP as he is the Church, he would not have cited this rogue outfit: a few years ago, SNAP was exposed as a total fraud and as an arch enemy of the Catholic Church. The Catholic League proudly played a major role in bringing about its effective demise.

The fact that former California Governor Jerry Brown, and members of the Getty family, as well as Catholic lawyers, donated to Harris’ campaign for District Attorney tells Schweizer that a quid pro quo was operative. He has no proof, of course, but the innuendo is palpable. Moreover, what if foes of the Catholic Church were supporting Hallinan? Why didn’t Schweizer probe that issue?

Ironically, when Newsom was Mayor of San Francisco, the Catholic League sued the San Francisco Board of Supervisors for passing an anti-Catholic resolution. And last year, Newsom signed a law—aimed at the Catholic Church—that allows for a suspension of the statute of limitations for crimes involving the sexual abuse of minors.

While serving as San Francisco District Attorney, Harris was asked why she would not make public those documents she possessed on priests. Linda Klee, her chief of administration and spokeswoman, told a reporter, “If we did it for you, we would have to do it for everybody. Where do you stop, and where do you start?”

I would go further. Why stop with Church documents? Why not make public every document on everyone who has had an allegation of sexual abuse made against him? The reason no district attorney does, of course, is because it is one thing to make public a conviction, quite another an allegation, and this is especially true of the deceased who cannot defend themselves.

In one of the articles cited by Schweizer, there is a quote from Elliot Beckelman, a former prosecutor in the San Francisco District Attorney’s Office who dealt with clergy sexual abuse cases. Schweizer chose not to share it in his book. I will.

Beckelman defends Harris’ decision not to release Church documents. “I don’t think a district attorney should float that out there if a person can’t defend themselves. It’s a very serious charge, a sex crime. The Catholics, like other minorities, feel picked upon, and I thought for the integrity of the investigation that we don’t have running press conferences to make out that the Catholics are worse than the Jews—which I am—or worse than the Hindus. There’s always a balance that comes to sexual assault investigations.”

Finally, Schweizer told Carlson that Harris “actually deep-sixed” the documents. That is not what he said in his book. “So what happened to these abuse records? It is unclear.”

So are we to believe that in the last six months (his book was published in January), Schweizer now has proof that Harris destroyed the documents? Or is he now hyping his story to make a media splash?

What the Catholic Church did in not making public every accusation made against a member of the clergy in San Francisco was not only legal, it was commendable. If Schweizer can provide evidence that the Church’s response was atypical, I would love to see it.

Home » Did Harris Cover For The Catholic Church? – OpEd