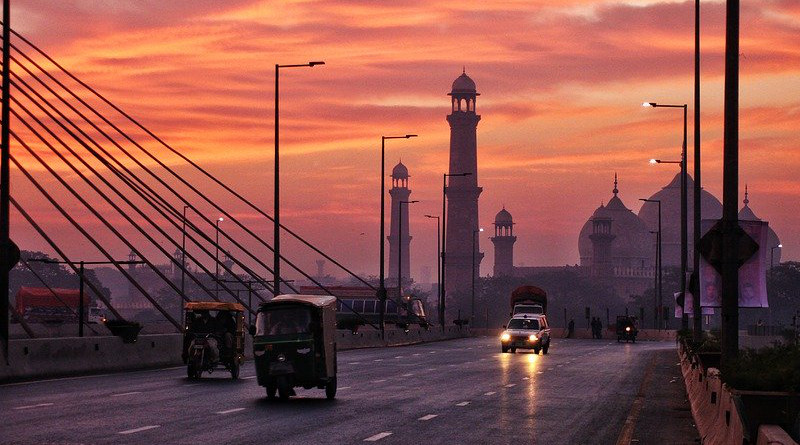 Pakistan in run-up to its Independence Day 14 August 2020, in characteristic propensity to box much above its geopolitical weight, directly threatened Saudi Arabia heading the Organisation of Islamic Countries (OIC) that should it not convene an OIC Foreign Ministers Meet on Kashmir, then Pakistan would convene he same with Non-Arab Muslim countries.

Pakistan’s Foreign Minister’s impetuous threat of convening an OIC Foreign Ministers Meet on Kashmir, independent of OIC, alluded to the Non-Arab Islamic nations of Turkey and Malaysia presently in cahoots with Pakistan including vocalising Pakistani stances on Kashmir.

The Pakistan-Turkey-Malaysia Bloc (PTM) spearheaded by Pakistan needs to be taken note of by the Islamic World as yet another divisive step against unity of the Islamic Ummah  which is already riven by Islamic sectarian rivalries and geopolitical regional power tussles.

Should this development be of diplomatic concern to India? India does not have to be concerned except to the extent of keeping PTM further developments especially on Kashmir and pre-empt PTM political mischief on Kashmir-related and Islamic-related meddling to embarrass India.

Pakistan’s insidious attempts to divide the Islamic World not on sectarian Sunni-Shia divide but on Islamic ethnicities of Arab Islamic nations and Non-Arab Nations indicates to what extent Pakistan can stoop to in pursuit of its controversial political objectives which are India-centric.

Regular readers of my S AAG Papers would recall that in February 2020 I had pointed out Pakistan’s insidious attempts to form a Non-Arab Muslim Group of Islamic Countries to counter Arab domination of the OIC. Please refer to “Pakistan-Turkey-Malaysia Bloc Challenges Arab Domination of Islamic World’.

Following my above quoted Paper, some weeks later an Israeli columnist came out with a column in an Israeli paper on similar lines but with Iran also added to the PTM Bloc. That added grouping has inherent contradictions as while Iran may be a Non-Arab Islamic nation but it cannot be forgotten that Iran is an Islamic Shia nation and the Sunni-Shia divide in Islam is virtually unbridgeable. The PTM Bloc comprises of Sunni nations only.

The above quoted paper of mine carried out a detailed analysis of the impulses which prompted the emergence of the PTM Islamic Bloc, the present preferences of the PTM Bloc towards China as opposed to the United States and a predictive assessment on the longevity of the PTM Bloc.

Hence without a repetitive recounting of the analysis of the above quoted Paper, this Paper would confine itself to an analysis of factors in play on Pakistan’s present threat to Saudi Arabia.

Needless to state that such an outburst by Pakistan’s Foreign Minister Shah Mehmood Qureshi was extremely reckless when Pakistan’s economic survival is dependent on Saudi Arabia financial largesse and from other Arab Muslim countries.

Contextually, it needs to be recalled that the Malaysian PM Mahathir had convened a PTM Meet in Kuala Lumpur some months back in which Pakistan PM Imran Khan backed out of attending after actively espousing such a Meet. This was done under pressure from Saudi Crown Prince Mohammed bin Sultan who leads the Saudi Government.

In the immediate aftermath of this Pakistani threat two significant developments have taken place. The first impact of the Pakistani threat was Saudi Arabia making Pakistan immediately pay $ 1 Billion of the $ 3Billion loan advanced to Saudi Arabia and also soft-pedalling if not stoppage of nearly $3billion of Saudi subsidised oil supplies to Pakistan. It needs to be recalled that Saudi Arabia had extended a $3 billion loan to Pakistan a year or so back and credit of $3 billion for subsidised oil supplies.

The second impact emerging yesterday was that Pakistan Army COAS General Bajwa is rushing to visit Saudi Arabia on a damage control visit and assuage Saudi Crown Prince Mohammed bin Sultan’s outrage against Pakistan’s threat to Saudi leadership of the Islamic World. At the time of writing, Pakistan Army official spokesperson has reiterated that Saudi Arabia enjoys a centrality in Pakistan’s eternal relations.

Damage control by the Pakistan Army Chief cannot undo the grievous act of challenging Saudi Arabia’s leadership of the Islamic World. Pakistan in earlier years harboured the grandiose illusion that with its over-sized Islamist Pakistan Army and as the only Islamic State with Nuclear Weapons it stood eminently qualified to lead the Islamic World.

That myth got shattered by Pakistan’s economic fragility and the dubious appellation of Pakistan as a ‘Failed State’ always hovering over Pakistan’s head. Despite the foregoing, Pakistan’s illusions still persist amongst most of its more impetuous politicians and especially in persons like Foreign Minister Qureshi who perceives himself as Pakistan’s ‘Prime Minister-in-Waiting’.

Be as it may, what needs to be analysed are the underlying impulses that emboldened Pakistan to challenge Saudi Arabia’s traditional  leadership of the Islamic World represented by the OIC. Need it be stated that the foregoing arises from Saudi Arabia’s uniquely significant status as the ‘Custodian of the Holy Places of Islam’ and also the vast financial resources that back the leadership status of Saudi Arabia.

Pakistan’s Foreign Minister Qureshi who is more noted for arrogant flamboyance than prudence would not have dared to cross the ‘red lines’ in terms of official criticisms of Saudi Arabia on his own volition. Somewhere lurking behind this ultimatum on Kashmir issue would have been an implicit backing of the Pakistan Establishment and Pakistan PM Imran Khan

If the Pakistan Foreign Minister threats against Saudi Arabia were a stand-alone personal frustration with Saudi Arabia for delaying Pakistan’s insistence to convene an OIC Meet on Kashmir, then one can foresee a sacking of the Foreign Minister sometime soon. Pakistan Army Chief could possibly feel that this action may be able to mollify Saudi Arabia’s outrage against this Pakistan temerity.

Noticeably, there does not emerge any public resentment amongst the Pakistani masses against Saudi Arabia’s reluctance to accede to Pakistani political leadership’s clamour for immediate convening of an OIC Meet to highlight the Kashmir issue.

In my assessment it is in the top echelons of the Pakistan Government represented by Pakistan PM Imran Khan and his Foreign Minister Qureshi that this impulse to forge the PTM Bloc of Non-Arab Islamic nations to challenge the Arab Muslim domination of OIC thrives most noticeably.

For the survival of Pakistan’s ruling PTI Government headed by PM Imran Khan raising the bogey of the Kashmir issue becomes currently a pressing imperative to divert Pakistan’s public discontent on PM Imran Khan’s political failures to provide a ‘Naya Pakistan’ as promised during his opportunistic political campaigning as Pakistan Army’s preferred “Selectee” for proxy governance of Pakistan.

With Saudi Arabia not becoming complicit in providing an OIC Forum for Pakistan’s hyperactive salience to Kashmir issue discussions to embarrass India to gain domestic mileage within Pakistan, the Saudi lack of alacrity to concede Pakistani demands becomes irksome and frustrating for Pakistan PM Imran Khan and his Foreign Minister.

Noticeably while no political resonance is available to Pakistan PM Imran Khan within Pakistan’s domestic milieu on salience of Kashmir issue at a juncture when Pakistan is groaning under economic misery and China’s Wuhan Virus19 onslaughts, the Pakistani Establishment seems to be drawing political sustenance from Pakistan’s external relationships.

Here coming to the fore are the other two PTM Bloc nations of Turkey and Malaysia and so also China which effectively today has colonised Pakistan courtesy the Pakistan Army Generals who dominate both the CPEC Chines flagship projects in Pakistan and the Pakistan Army security for Chinese workforce handling CPEC projects.

Turkey and Malaysia today are the most vociferous Islamic nations backing Pakistan on the Kashmir issue against India at various international for a through their diplomats as well as public utterances of Turkish President Erdogan and Malaysian PM Mahathir Mohammed. Malaysia continues to harbour Indian Islamic Jihadi preacher Zakir Naik facing criminal charges in India and refuses his extradition.

Turkey and Malaysia besides being anti-Indian in their political stances akin to Pakistan also have a larger political aim in the wider Islamic World which borders more on racial arrogance which perceives that the Arab leadership and domination of OIC needs to be replaced with a more modernised Islamic Bloc which could find more international acceptance as ‘Forward Looking Islamic Nations’.

My article of February 2020 points out the self-perceived notion of Pakistan, Turkey and Malaysia as leading an ‘Islamic Renaissance’ to dispel the Islamophobia that grips the world today. Well, this is only a self-perceived notion of the PTM Islamic Bloc and unlikely to find traction in the wider Islamic World which survives on the generosity of the oil-rich Arab Monarchies of The Gulf.

In 2020, the above illusion of Pakistan, Turkey and Malaysia however becomes a handy tool for these three nations beset with domestic challenges, virtual diplomatic isolation and unable to spearhead their regional aspirations on their own steam. Highlighting also is required that all the three PTM nations are in testy relationships with the globally predominant United States.

Need it be stated that Saudi Arabia which seems to be the intended target of the Pakistan-Turkey-Malaysia Bloc, despite its diplomatic parleys with Russia and China is still the staunchest supporter of the United States and vice versa.

Moving on to the ‘China Factor’ operating in the PTM Bloc dynamics one can observe that this factor greatly is in play here for various reasons and in different manifestations notwithstanding that China assiduously woos Saudi Arabia  since the 1970s. Currently China has more reasons in 2020 to geopolitically discomfit the United States and the PTM Bloc is one such instrument.

In relation to Pakistan which cannot survive without Saudi Arabian largesse both financial and energy supplies, the question arises whether China can fill up the void should Saudi Arabia cut off all aid to Pakistan?

Similarly, neither Turkey nor Malaysia as Pakistan and PTM Bloc supporters can fill any voids that may emerge with Saudi Arabian outrage against initiatives or assertions directed at Saudi leadership from any quarters in Pakistan.

In my assessment, China neither has the political intention nor the inclinations to loosen its purse-strings to bail out Pakistan’s failing economy nor underwrite Pakistan’s grand geopolitical illusions which could bring China into contention with Saudi Arabia.

China’s interest in Pakistan is limited to colonial domination of Pakistan, exploit its rentier state propensities and exploit Pakistan’s vast natural resources in Balochistan. China could at some stage have second thoughts on Balochistan if the Baloch China-centric insurgency and against Pakistan Army becomes intensified.

Concluding, it can be asserted that Pakistan Establishment’s threats against Saudi Arabia’s reluctance to provide a ready OIC forum for hyperactive ventilations of Pakistan against India on Kashmir voiced through its impetuous Foreign Minister Qureshi can be analysed as more arising from political pressure signalling to Saudi Arabia that Pakistan has other foreign policy options. But does Pakistan have such options?  All. the same this Pakistani trend and the political inclinations of the PTM Bloc needs constant watching by India, if for nothing else, but to pre-empt political mischief against India.

*Dr Subhash Kapila is a Graduate of the Royal British Army Staff College Camberley (UK) and has wide experience on China and Pakistan backed by his rich exposures in Indian Army, Cabinet Secretariat and diplomatic assignments in USA, UK, Japan, South Korea and Bhutan