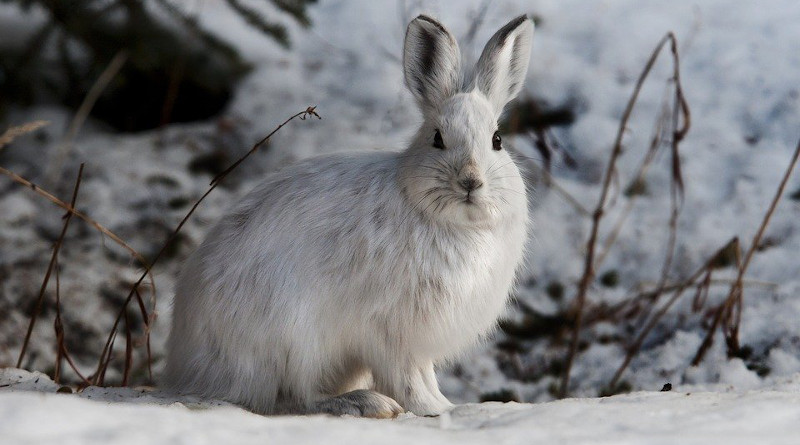 What do lynx, flying squirrels, ravens, and wolverines have in common?

“This is one of the most diverse scavenger communities recorded,” said lead author Michael Peers, who conducted this research during his PhD studies under the supervision of ProfessorStan Boutin in the Department of Biological Sciences.

“Species we may think of as scavengers like common ravens, magpies, and wolverines were recorded, but also species that people might not expect to be scavengers. We documented snowshoe hares, Canada lynx, red squirrels, Northern flying squirrels, arctic ground squirrels, and chipmunks all scavenging.”

The results indicate that prey species may have a more complex impact on food webs than previously thought, because their numbers influence both their direct predators as well as other animals who commonly scavenge.

“Scavenging by animals can have important impacts on food webs, but is often overlooked in food web research,” explained Peers. “Our data shows that a lot of species scavenge in the boreal forest of Canada, and that changing temperatures or the abundance of keystone species can impact scavenging communities.”