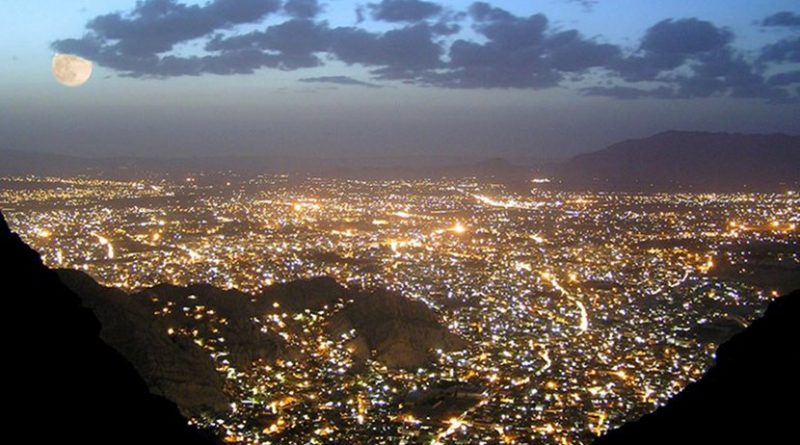 On September 3, 2019, at least six Islamic State (IS) militants, including a woman, were killed in an operation launched by Counter Terrorism Department (CTD) personnel at a compound near the Eastern Bypass area of Quetta, the provincial capital of Balochistan.

Four CTD personnel were also injured in the incident.

On August 16, 2019, four people, including the prayer leader Ahmadullah Akhundzada, the brother of Afghan Taliban ‘chief’ Hibatullah Akhundzada, were killed in a blast inside a mosque in the Kuchlak town area of Quetta. Some 25 people were also injured in the blast.

On July 30, 2019, five people, including two Policemen, were killed and 27 injured in an explosion near a Police Station near Bacha Khan Chowk in Quetta city.

These fatalities were recorded in at least 11 incidents of killing.

The District has recorded a total of at least 1,843 violent incidents since March 2000. At least 846 of these were incidents of killing, of which 202 incidents were major (incidents involving three or more fatalities). The worst three of these were:

January 10, 2013: At least 105 persons were killed and over 169 injured in two separate but connected bomb blasts in Quetta on January 10, 2013. At 8.30 pm, a suicide bomber blew himself up inside a snooker club on Alamdar Road, which has two Shia prayer halls. Within 10-minutes, as Police, rescuers and media persons rushed to the site, another bomb fixed to a vehicle parked nearby went off. The Lashkar-e-Jhangvi (LeJ) claimed responsibility for the attacks. In calls made to local journalists, LeJ spokesmen Abu Bakar Siddique disclosed that the first blast was carried out by a suicide bomber and the second was a bomb planted in a car that was triggered by remote control.

August 8, 2016: At least 55 lawyers were among 74 persons killed, with over 100 wounded in a suicide bombing at the emergency ward of Quetta’s Civil Hospital. Scores of people had gathered at the Hospital to mourn the death of Balochistan Bar Association (BBA) President Bilal Anwar Kasi in a gun attack earlier in the day. Kasi’s body had been brought to the Civil Hospital, and a number of friends, colleagues and relatives, as well as a posse of Press photographers, reporters and television cameramen had also gathered. The Jamaat-ul-Ahrar (JuA), a splinter group of the Tehreek-e-Taliban Pakistan (TTP), claimed the targeted killing of Advocate Kasi and the subsequent suicide attack. JuA ‘spokesman’ Ehsanullah Ehsan vowed more attacks “until the imposition of an Islamic system in Pakistan”. The Islamic State (IS) group also claimed responsibility for the suicide attack at the Quetta Civil Hospital. IS’s Amaq news agency declared, “A martyr from the Islamic State detonated his explosive belt at a gathering of justice ministry employees and Pakistani policemen in… Quetta.”

February 16, 2016: A remote-controlled bomb targeting Hazara Shias killed 84 people including women and children, and wounded more than 200 in the Hazara Town of Quetta. Wazir Khan Nasir, senior Police officer in Quetta noted, “It was a sectarian attack; the Shia community was the target.”

Civilians have borne the brunt of terrorism in the District, with Shia Hazaras particularly under attack. Over a period of almost 20 years, according to the SATP database, at least 367 Shia Hazaras were killed in Quetta, while another 113 sustained injuries. Unsurprisingly, the worst attack in the District recorded till date targeted Shia Hazaras (the January 10, 2013, incident above).

On the other hand, there were a relatively small proportion of SF fatalities and an even smaller number among the terrorists. The data clearly indicates that frontal engagements between SFs and terrorists occur infrequently, suggesting a tacit understanding between the two apparently warring sides. Indeed, while Pakistan has launched region specific major military operations (with uncertain outcomes) in almost all its Provinces, barring Punjab, and including the Baloch rebel areas of South Balochistan, there has been persistent reluctance to take any such measure in the Taliban dominated North Balochistan areas, including Quetta and its surroundings. The reason is obvious and increasingly acknowledged by security observers: the existence of the Quetta Shura, the ‘executive council’ of the top leadership of the Afghan Taliban. The Quetta Shura started operating out of Quetta following the Taliban’s ouster from Afghanistan.

Significantly, following the example of Safe City Projects previously implemented in Islamabad, Lahore, Peshawar, and Parachinar, the Balochistan Government approved the establishment of the Quetta Safe City Project (QSCP) on January 24, 2018. The Project was subsequently inaugurated by the Chief of Army Staff (CoAS) General Qamar Javed Bajwa on May 8, 2018. The Inter-Service Public Relations (ISPR) in a release on May 8, 2018, stated,

In the meantime, a May 2, 2019, report quoted a Deputy Superintendent of Police (DSP), who was first made in-charge of the ‘Safe City Project’ in Islamabad as stating that there were a total of 1,929 cameras installed under the project at strategic locations all over the federal capital. But only around 1,200 were operational at the time of this statement, and their performance was erratic because of poor quality of resolution. He further disclosed,

Under the Quetta Safe City Project at least 1,400 CCTVs were to be installed at various locations, including at six entry-exit points of the city. More than a year after its inauguration, the project has yet not been operationalised. The Balochistan Inspector General of Police, Mohsin Hassan Butt, on June 29, 2019, asserted that the provincial police department was being computerised and once this process was completed, data on terrorists and criminals would be linked with the network of other provinces. Computerization would also help functionalise the Quetta Safe City Project.

However, given the experience in other areas, including the capital, Islamabad, the Quetta Safe City Project cannot realistically be expected to chalk up any remarkable success.

The truth is, as long as Islamabad continues to discriminate between ‘good and bad terrorists’, it is unlikely to be able to secure any of its cities or, indeed, regions across the country.

Home » Pakistan: The Persistence Of Terror In Quetta – Analysis