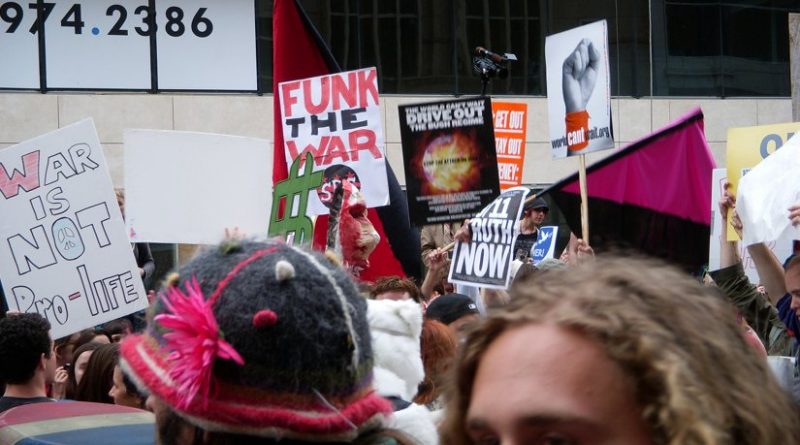 Police have arrested hundreds of protesters in several cities across the United States as the anti-corporate Occupy Wall Street movement continues to spread across the country.

In Chicago, police on Sunday arrested 175 people who refused to leave a public park.

In Washington D.C., police arrested at least 19 people protesting on the steps of the U.S. Supreme Court.

More than 100 protesters were arrested across Arizona.

The arrests were mostly peaceful and came one day after tens of thousands demonstrated in cities around the world against what they see as corporate greed.

The vast majority of those protests Saturday were peaceful. But there was violence in Rome, where hundreds of hooded, masked demonstrators hurled rocks and bottles, setting fires and smashing bank and shop windows. More than 70 people were injured.

Italian Prime Minister Silvio Berlusconi said the violence was a worrying sign for civil society. It was one of the worst outbreaks of violence in the Italian capital in decades. Rome’s mayor says repairing the damage could reach $1.4 million.

In London, several hundred protesters have established a camp site just outside St. Paul’s Cathedral, which is adjacent to the British capital’s financial district.

Protesters also have turned out in Australia, Asia and South Africa. The demonstrators are seeking to focus attention on what they see as corporate greed and economic inequality, the increasing gap between the rich and poor across the globe.