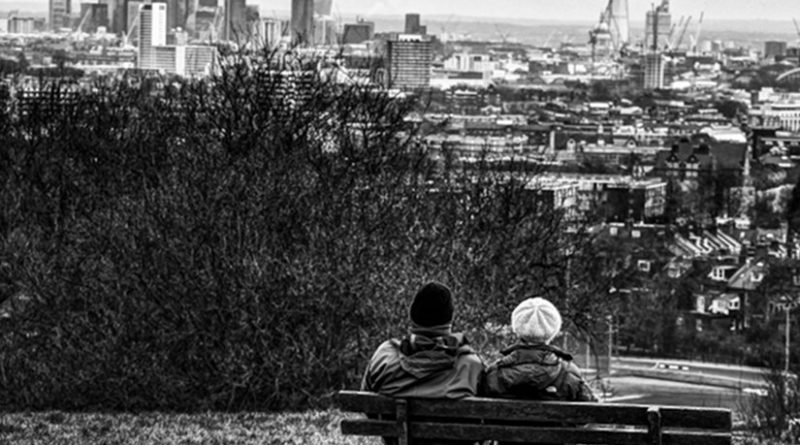 On Saturday, as protestors in 951 cities in 82 countries took to the streets and public spaces to protest about the gross inequalities of modern life (with 1 percent of the population having a wildly disproportionate amount of money, power and influence), the thousands who gathered to “Occupy London,” hoping to establish a camp in Paternoster Square, next to St. Paul’s Cathedral, unfortunately found their day dominated by a heavy-handed police presence, as I reported in an article entitled, Occupy London: Are We Free to Protest, or Is This a Police State?

First of all, Paternoster Square was blocked, then the first few hundred protestors were “contained” in front of St. Paul’s, and then, as night fell, the police made a few violent efforts to clear the area, before giving up and allowing a limited overnight camp to proceed.

The end result was as the authorities hoped. An occupation that would have numbered in the thousands, and would then have attracted many, many more thousands of people, if it had been allowed to proceed unmolested, was indeed “contained,” with just 250 people camping the first night, and a clear message sent out to potential protestors, letting them know that the police don’t have any problems with violence if the “Occupy” movement shows any signs of becoming a significant irritant.

Even so, the movement — both in London and globally — continues to attract significant media attention, and widespread public support, having tapped into a broad dissatisfaction with governments, banks and corporations, as unemployment rises and living standards are squeezed.

Despite this, the rich and the super-rich continue to behave as though none of them had anything to do with the financial crisis three years ago that crashed the global economy, and precipitated the global depression in which we are all still mired. This is not to be entirely lamented, as the excesses of the last 20 years were obscene, and filtered down through society, infecting anyone with access to credit or the ability to award themselves stratospheric salaries and bonuses.

However, in the final tally, it is the banks and the politicians of all parties who failed to regulate them who are to blame for the collapse, and it is maddening that governments (like the Tories, trying to blame Labour for what they supported and would have done themselves) are now adding insult to injury by inflicting an age of austerity on the poor, the sick, the young, the unemployed, and, increasingly, on students (or would-be students) and ordinary workers and middle class families who were not responsible for the collapse in the first place.

As I explained in an article on Saturday, this nascent mass protest movement has two great strengths — the refusal of those without work to stay at home and shut up, and the wonderful decision, inspired primarily by the protestors in Tunisia and in Cairo’s Tahrir Square, and by the “Occupy Wall Street” movement in New York, to occupy public spaces with the intention of remaining there until their grievances are addressed.

In London, although the police and the government succeeded in their aim of “containing” the “Occupy London” encampment, is is unclear how they will respond if the movement refuses to dissipate, and continues to grow as an idea and as a rallying point for increasingly insistent calls for change.

Fortunately, for those gathered outside St. Paul’s, support has not only come from the public and from certain sections of the media, but also from Giles Fraser, the Canon Chancellor of St. Paul’s, who, as “Occupy London” noted on their website, emerged from the cathedral on Sunday morning, before the service, to address the crowds of people who had stayed overnight, and defending the right to protest.

As he said, “People have a right to protest and I’m very happy that people have that right to protest. People have generally been respectful and I have asked the police to leave, they are going to be doing so in a second. It seems to me that all is well and calm”. He added, “I’ve seen what is going on and it seems to be that there doesn’t need police force in the numbers that there have been, so I have asked them to move and they have done. All is well and there is a very calm atmosphere”

Canon Fraser also told one of the protestors that, “although he was not at St Paul’s last night, he had asked the police to leave, but that they had refused to do.” He then invited occupiers to the morning service.

With a permanent camp established, and with the approval of the Canon Chancellor of St. Paul’s, the occupiers were able to come up with their first statement of intent, which was also posted on their website, and is cross-posted below.

At today’s assembly of over 500 people on the steps of St Paul’s, #occupylsx collectively agreed the initial statement below. Please note, like all forms of direct democracy, the statement will always be a work in progress.

1. The current system is unsustainable. It is undemocratic and unjust. We need alternatives; this is where we work towards them.

2. We are of all ethnicities, backgrounds, genders, generations, sexualities, dis/abilities and faiths. We stand together with occupations all over the world.

3. We refuse to pay for the banks’ crisis.

4. We do not accept the cuts as either necessary or inevitable. We demand an end to global tax injustice and our democracy representing corporations instead of the people.

5. We want regulators to be genuinely independent of the industries they regulate.

6. We support the strike on 30 November and the student action on 9 November, and actions to defend our health services, welfare, education and employment, and to stop wars and arms dealing.

7. We want structural change towards authentic global equality. The world’s resources must go towards caring for people and the planet, not the military, corporate profits or the rich.

8. We stand in solidarity with the global oppressed and we call for an end to the actions of our government and others in causing this oppression.

9. This is what democracy looks like. Come and join us!

Cynics will continue to scoff, but when the Daily Telegraph, the Daily Mail and the Evening Standard all comment favorably, it’s clear that the protestors are raising discussion of important topics that elude those who claim to be in charge, and are hoping to spark a wider debate about the future. If you like it, get down there and take part, and if you don’t, why not keep quiet? The status quo isn’t fixed in stone, despite protestations to the contrary by those who defend it. It came about through the rigged machinations of those in power, the suppression of dissent, and the complicity of others, and, as the protestors ask their questions, it needs to be remembered that everything can change.