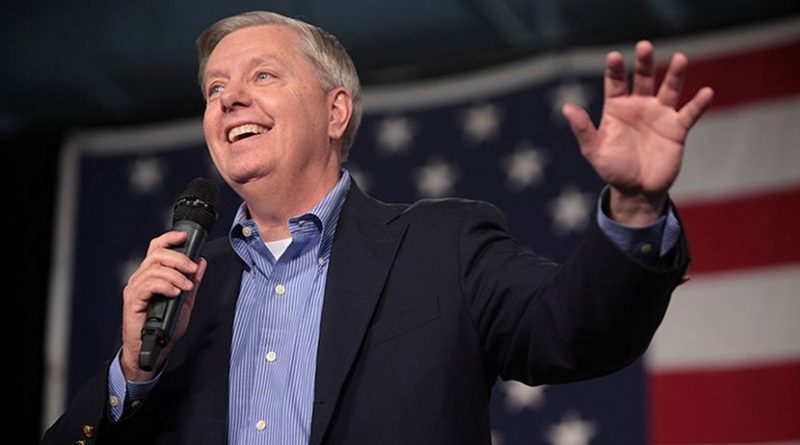 Sen. Lindsey Graham (R-SC) has long been among the most vehement advocates of foreign intervention in the United States Senate, supporting US interventions for “regime changes” across the world.

While proclaiming in the interview that he has been Saudi Arabia’s “biggest defender on the floor of the United States Senate,” Graham says that bin Salman is “toxic” and a “wrecking ball” and had Jamal Khashoggi “murdered in a consulate in Turkey” earlier this month.

So long as bin Salman is in charge in Saudi Arabia, Graham promises to refuse or “do business with” or visit Saudi Arabia. Graham also says in the interview that he will be pushing to “sanction the hell out of Saudi Arabia.”

Interviewed Monday at Fox Business, Paul applied his consistent noninterventionist approach, declaring that the “proper policy” for the US government is neither to punish nor aid Saudi Arabia. Sanctions or other punishment imposed by the US are not justified, says Paul.

Paul also declares in the interview, as he has often declared before, his opposition to the US policies of being “a close ally with Saudi Arabia” and providing military aid to Saudi Arabia for its ongoing war on Yemen — policies Graham has supported.

This article was published by RonPaul Institute