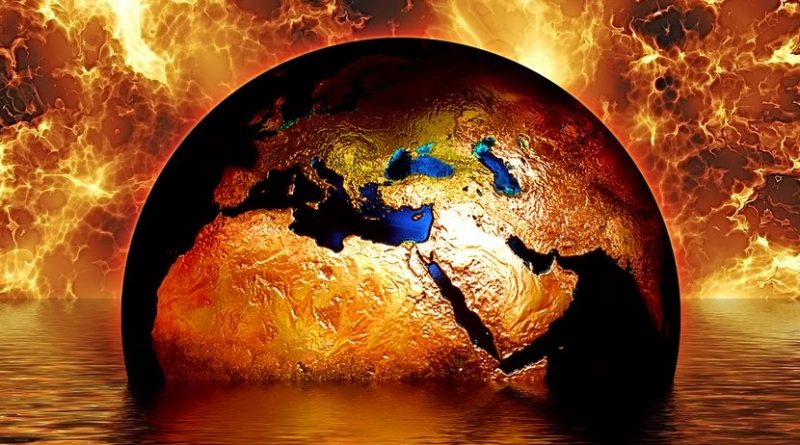 William Nordhaus, winner of a Nobel prize, laid the groundwork for an entire field – the economics of climate change.

William Nordhaus of Yale University has been awarded the Sveriges Riksbank Prize in Economic Sciences in Honor of Alfred Nobel for his path-breaking work in “integrating climate change into long-run macroeconomic analysis,” in the words of the Nobel committee. But his contributions can be seen more broadly as making a profound contribution towards broadening the scope of economic analysis to shed light on the causes and consequences of how unintended effects of human activity can influence the long-run trajectory of economic growth and well-being. This research agenda has covered resource scarcity, economic accounting incorporating environmental considerations and, most notably, seminal work on the economics of global climate change.

The most appropriate place to start when reflecting upon Nordhaus’ contributions is at the beginning of his career. He began with an interest in how innovation and technology influence growth, much like Paul Romer, but then recognized that other environmental and resource challenges are equally interesting to study and important. In the 1970s, there was great concern in both the academic community and popular press about resource scarcity – will we run out of minerals and fuels that we rely upon for human well-being? Some of his early work sharply points out that as resources become scarce, they become more valuable, leading to further discoveries, innovation in economizing on those resources, and innovation in substituting scarce resources for more plentiful – and less expensive – resources. Moreover, this work emphasized that the changes in price would be expected to lead to a smooth path of resource use that allows humans to continue to maintain their well-being. The past several decades have largely proven Nordhaus correct, as society today is vastly more resource and energy efficient and still has ample resources, at least in the foreseeable future.

However, Nordhaus’ early work recognized that, while resource scarcity does not present a pressing threat to long-run economic growth, the human impact on the environment provides much greater cause for worry. In 1974, Nordhaus wrote: “I have performed a rough calculation of the atmospheric concentration of CO2 …. Assuming that 10 percent of the atmospheric CO2 is absorbed annually (G. Skirrow), the concentration would be expected to rise from 340 ppm in 1970 to 487 ppm in 2030 – a 43 percent increase. Although this is below the fateful doubling of CO2 concentration, it may well be too close for comfort.”

Nordhaus was prescient – it turns out the world is on track to hit 487 ppm of CO2 in 2030. In two papers – “Can We Control Carbon Dioxide?” in 1975 and “Economic Growth and Climate: The Case of Carbon Dioxide” in 1977 – Nordhaus laid the groundwork for what is now an entire field on the economics of climate change. In these early papers, he began with a classic macroeconomic model of long-run growth. This groundbreaking work was the first to include a representation of carbon dioxide concentrations and the climate in such a macroeconomic framework, and to begin analyzing how climate change can be mitigated at a the lowest-cost possible.

This work was followed up by construction of one of the first, and the most well-known, integrated assessment models of climate change. Models are crucial for understanding the nature of climate change and how to address it because the issue involves physical, chemical and economic relationships that would simply not be possible to grasp fully without a clear framework. Nordhaus’ first integrated assessment model – the Dynamic Integrated model of Climate and the Economy (DICE) – provides just such a framework. The single model contains all of the links among carbon dioxide concentrations, the climate, economic damages from climate change, and a model of the economy that produces carbon dioxide emissions – closing the loop. Such an endeavor involved bringing physics and chemistry into economic modeling to address a critical question for policy: What is the optimal policy to address climate change?

A hallmark of Nordhaus’ DICE model is that is intentionally simple and transparent, designed to provide insights into the effects of different assumptions on the end results, which include global temperatures and global economic growth. The UN Intergovernmental Panel on Climate Change and the United States government under the Obama administration are just a few of the bodies around the world that have used DICE in their work to understand potential solutions for addressing climate change.

Hundreds of papers are based on the DICE model first published in 1994. The model is so clear that it is taught in courses around the country. In fact, I recall building the model in Excel from scratch as an undergraduate in the late 1990s – a transformative experience that developed intuition about the nature of the climate change issue that simply would not have been possible otherwise. An entire field of economists works with different versions of integrated assessment models of climate change, and I suspect nearly all of them began their careers working with DICE.

Developing the DICE model also spurred further contributions. For example, in 1994 Nordhaus and co-authors pioneered the estimation of damages from climate change to agriculture. As the climate changes, agricultural yields may decline, reducing the value of land that now serves as cropland and, less common, increasing the value in some cooler climes. Such estimation allows for an empirical strategy to estimate how climate change affects agriculture in the long-run. This work spawned a large set of literature on estimating the damage of climate change, and many economists still work on this topic today.

Nordhaus’ contributions to the economics of climate change also extend to our understanding of uncertainty in climate change and long-run economic growth. This is one area where I have had the honor of collaborating with Nordhaus. Over the past six years, I have worked with him to understand and quantify the uncertainties inherent in climate change – what is the range of potential outcomes that might occur in the future due to climate change based on the best evidence available today? One finding is that uncertainty in key parameters that are assumed in the models turns out to be more important than uncertainty looking across different models. What impressed me in working with Nordhaus is his ability to immediately hone in on the most essential questions, and his incredible care and meticulousness in answering them. But equally important is his joy and excitement in carrying out research and discovering new findings.

Stepping back, what makes Nordhaus’ contributions all the more notable is the deep influence they have had on policy – something that cannot be said for every Nobel Prize winner. Nordhaus’ research is careful and apolitical, but his work has nevertheless indirectly made its way into the policy world by influencing the thinking of generations of students. In just one example, when I worked at the White House Council of Economic Advisers in 2015-2016, there was extensive discussion at the highest levels of policy about concepts that Nordhaus helped develop, such as the social cost of carbon, defined as the present value today of the damages of an additional ton of emissions of carbon dioxide. This social cost of carbon made its way into many regulatory impact analyses by the US government and is a topic in climate policy discussions around the world. Nordhaus’s work has also played a more direct role through his efforts to educate skeptics on climate change, through popular books and other writings, such as his article for YaleGlobal Online in 2012.

The Nobel Prize is the most prestigious honor for research in economics, and there is no more fitting tribute to Nordhaus’ contributions. Our society will long have him to thank for expanding the domain of our knowledge to help us someday fully tackle a most pressing issue of the day: climate change.

*Kenneth Gillingham is an associate professor at Yale University with research on environmental and energy economics. He has received support for research on the economics of climate change during the last decade from the National Science Foundation and the Department of Energy. Other than research associated with these and any future grants, the author declares no conflict of interest. Read more about William Nordhaus’ research at Yale University. Read more about his research at the Yale MacMillan Center – the G-Econ Project.

Read the telephone interview with William Nordhaus conducted by the Nobel Prize team.