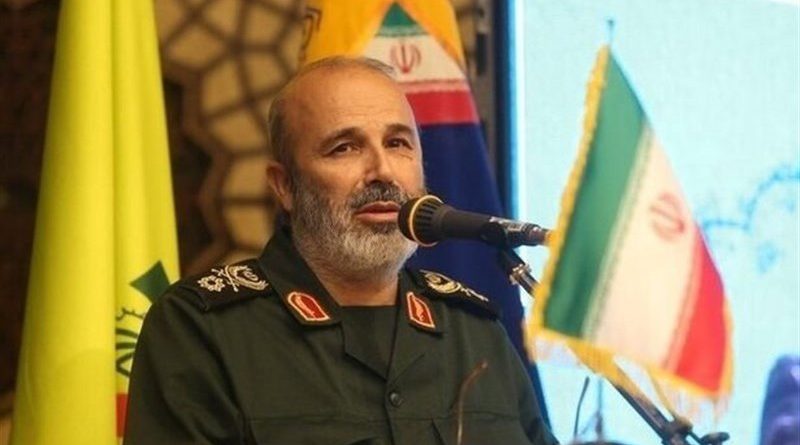 A senior commander of the Islamic Revolution Guards Corps Quds Force warned the US that Iran will definitely take revenge for the assassins of Lt. General Qassem Soleimani.

Addressing an event in commemoration of Iranian martyrs, held in the city of Arak on Thursday, IRGC Quds Force deputy commander for coordination warned the “criminal US” that Iran will definitely exact revenge for the assassination of Lt. General Soleimani and his comrades.

The enemies should be mindful that assassinating the commanders and fighters will never force the Islamic Republic to retreat, Brigadier General Mohammad Reza Fallahzadeh added.

In a meeting with Iraq’s prime minister in July, Leader of the Islamic Revolution Ayatollah Seyed Ali Khamenei warned the United States that Iran will definitely reciprocate the assassination of Lt. General Soleimani.

The Leader underlined that the Islamic Republic of Iran will never forget the American assassination of the top commander in Iraq and “it will definitely deal the reciprocal blow to Americans.”

On January 3, a US drone strike near Baghdad International Airport assassinated General Soleimani, former commander of the Quds Force of Iran’s Islamic Revolution Guards Corps. The attack — that also killed Abu Mahdi al-Muhandis, the second-in-command of Iraq’s Popular Mobilization Units (PMU) anti-terror group, along with several others— came while General Soleimani was on an official visit to the Iraqi capital.

Home » General Says Iran To Take Revenge On US For Gen. Soleimani’s Blood