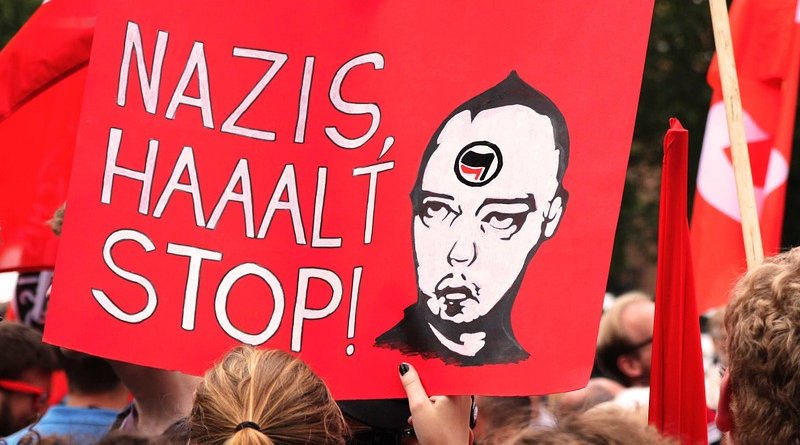 Under the Nazis, businesses that were reluctant to follow the plans of the new order had to be forced into line. One law even allowed the government to impose compulsory cartels.

In “No, the Nazis Were Not Socialists,” which appeared online in Jacobin, the philosopher Scott Sehon makes a surprising claim.

In the course of criticizing some remarks by Senator Rand Paul, Sehon says,

Under national socialism there was, as Mises put it, “a superficial system of private ownership…[sic] but the Nazis exerted unlimited, central control of all economic decisions.” With profit and production dictated by the state, industry worked the same as if the government had confiscated all the means of production, making economic prediction and calculation impossible.…

It turns out that Paul’s most clear assertion about Nazi control of the economy was, apparently, just something that the senator made up and falsely attributed to Ludwig von Mises. (blockquote ellipses and brackets in Sehon)“

Had Sehon looked into Mises’s views more carefully, he would have found that Mises did indeed believe that Nazism was a form of socialism, marked by state direction of the economy rather than collective ownership.

“The German and the Russian systems of socialism have in common the fact that the government has full control of the means of production. It decides what shall be produced and how. It allots to each individual a share of consumer’s goods for his consumption….The German pattern differs from the Russian one in that it (seemingly and nominally) maintains private ownership of the means of production and keeps the appearance of ordinary prices, wages, and markets. There are, however, no longer entrepreneurs but only shop managers (Betriebsführer)….The government, not the consumers, directs production. This is socialism in the outward guise of capitalism. Some labels of capitalistic market economy are retained but they mean something entirely different from what they mean in a genuine market economy.“

Sehon says that this view is false and cites an article I have not yet been able to gain access to that argues that business under the Nazis retained a large degree of autonomy. But in his well-received book The Wages of Destruction (2007), the historian Adam Tooze says this: “The German economy, like any modern economy, could not do without imports of food and raw materials. To pay for these it needed to export. And if this flow of goods was obstructed by protectionism and beggar-my-neighbour devaluations, this left Germany no option but to resort to ever greater state control of imports and exports, which in turn necessitated a range of other interventions” (p. 113). This is exactly Mises’s point. Interventionist measures in the free market such as price control fail to achieve their purpose. This leads the government to add more interventionist measures in an effort to remedy the situation, and continuing this process can quickly lead to socialism.

This is what happened under the Nazis. Businesses that were reluctant to follow the plans of the new order had to be forced into line. One law allowed the government to impose compulsory cartels. By 1936, the Four Year Plan, headed by Hermann Goering, had changed the nature of the German economy. “On 18 October [1936] Goering was given Hitler’s formal authorization as general plenipotentiary for the Four Year Plan. On the following days he presented decrees empowering him to take responsibility for virtually every aspect of economic policy, including control of the business media” (Tooze 2007, pp. 223–24).

Sehon says that there were socialists in the Nazi party, principally Gregor Strasser and his brother Otto, but that their influence ended when Hitler purged this wing of the party in the Night of the Long Knives in 1934. (By the way, Otto was more of a socialist than his brother Gregor, and the latter repudiated his brother’s views as too radical.) This is not entirely accurate. What it ignores is that Josef Goebbels, the influential minister of propaganda, held strongly socialist views despite his personal enmity for Strasser.

According to George Watson,

On 16 June 1941, five days before Hitler attacked the Soviet Union, Goebbels exulted, in the privacy of his diary, in the victory over Bolshevism that he believed would quickly follow. There would be no restoration of the tsars, he remarked to himself, after Russia had been conquered. But Jewish Bolshevism would be uprooted in Russia and “real socialism” planted in its place – “Der echte Sozialismus“. Goebbels was a liar, to be sure, but no one can explain why he would lie to his diaries. And to the end of his days he believed that socialism was what National Socialism was about.

In his article, Sehon criticizes Watson extensively for relying on a book by Otto Wagener, a Nazi who was removed from his position of authority in 1932, but he does not mention Watson’s quotation from Goebbels’s diary.

Goebbels was by no means alone among the Nazis holding power in his radical opinions. Ferdinand Zimmerman, who worked as an important economic planner for the Nazis, had been before their rise to power a contributor under the pen name Ferdinand Fried to the journal Die Tat, edited by Hans Zehrer, and a leading member of a group of nationalist intellectuals known as the Tatkreis. Fried strongly opposed capitalism, analyzing it in almost Marxist terms.

Wilhelm Roepke wrote a devastating contemporary criticism of Fried, now available in translation in his Against the Tide (Regnery, 1969). One of the best scholarly accounts of Fried’s views, which includes some discussion of his activities under the Nazi regime, is in Walter Struve’s Elites against Democracy: Leadership Ideals in Bourgeois Political Thought in Germany, 1890–1933  (Princeton University Press, 1973).

Sehon makes another misleading point in his article. He says,

Paul’s argument here goes from the undeniable premise that the Nazis had “socialist” as part of their name to the conclusion that the Nazis were, in fact, socialists. For that inference to work, Paul needs an intermediate premise like the following: If an organization has an adjective in their name, then the organization is correctly described by that adjective.

But if Senator Paul really believed this, then he would be forced to conclude that communist East Germany and present-day North Korea count as democracies, for the German Democratic Republic and the Democratic People’s Republic of North Korea both have the adjective “Democratic” as part of their name.

Sehon is right that the word “socialist” does not by itself tell us much, but unfortunately it does not occur to him to investigate what the Nazis meant by this word and why they used it.

*About the author: David Gordon is Senior Fellow at the Mises Institute and editor of the Mises Review.

Home » Rand Paul Is Right About The Nazis And Socialism – OpEd