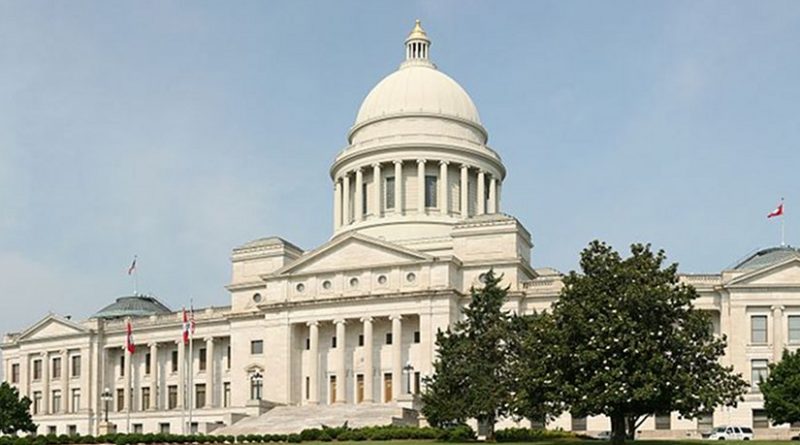 Kelly Boyd, Chief Deputy Secretary of State, responding on behalf of Martin, in a letter to Rajan Zed, President of Universal Society of Hinduism, said that the request had been received and added: Upon determination by either Secretary of State Martin in his capacity as Chairman of the commission, or alternatively by four members of the commission, a meeting may be convened to discuss proposed monuments to be placed upon the grounds.

In the event a meeting is convened to discuss your proposal, you will be notified in writing of the time, date, and place of the meeting and the next step in the process, Boyd further added in this letter to Zed.

Hindu statesman Rajan Zed wrote in this formal request: “If permitted, we would arrange this Lord Hanuman statue to be constructed, designed and paid for by private funds at no expense to the state. If permitted, we plan to make it big and weather-proof. Lord Hanuman is greatly revered and worshipped in Hinduism.”

Zed has pointed out that Arkansas now had substantial number of Hindu residents and students who would love to see a statue of Lord Hanuman, who was known for incredible strength and was perfect grammarian.

Rajan Zed has indicated that besides honoring the Arkansas Hindus, this statue would raise awareness of Arkansans about Hinduism, oldest and third largest religion of the world with about one billion adherents and a rich philosophical thought. There are about three million Hindus living in USA and ultimate goal of Hinduism is moksh (liberation).

The Arkansas State Capitol, constructed between 1899 and 1915 on the site of the old state penitentiary using prison labor, already has multiple monuments on its grounds. Lonely Planet describes Arkansas as “America’s overlooked treasure” and “nature lover’s Shangri La”; and Walmart is headquartered here.