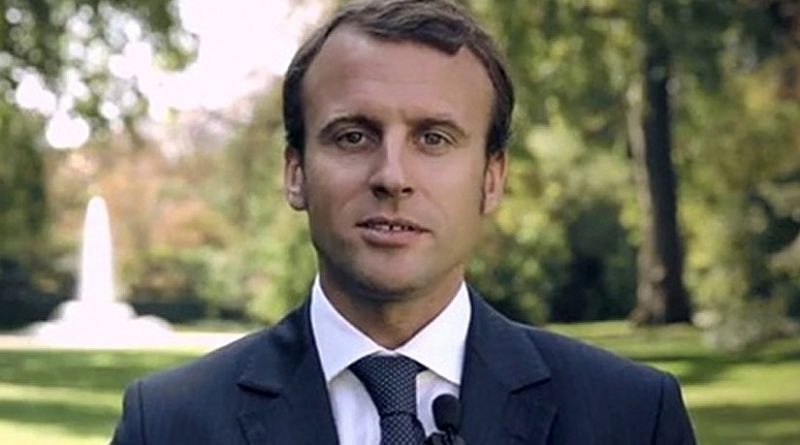 (EurActiv) — Emmanuel Macron has confirmed that he will stand for the French presidency next April. The former economy minister’s campaign will be based on Europe, which he sees as France’s only hope in the age of globalisation.

The suspense is finally over. After months of uncertainty, François Hollande’s former advisor and minister for the economy announced at a further education campus in Paris on Wednesday (16 November) that he will run for president.

In his 20-minute speech, the former investment banker said he was “ready” for France’s highest office. “I am standing for the presidency because I believe more than anything that we can succeed, that France can succeed,” he said.

In a campaign where most of the candidates are highly critical of the European project, Macron has built his campaign on defending the European Union, denouncing the “discourse of hate” that surrounds the subject.

“Europe is our only chance in a globalised world,” he said. “I place my candidacy under the banner of hope. France can succeed, and to do so it must first relaunch Europe,” he added.

“France has left the path of progress. Doubt has set in. For the last 40 years we have failed to solve the problem of mass unemployment, the decline of the territories, the inertia of Europe, our internal divisions,” Macron said.

To turn this trend around, the former minister wants to start a “democratic revolution […] in France and in Europe”.

In a speech firmly focussed on France, Macron also spoke of overcoming the divide between the political right and left. “I am convinced that both sides are wrong, because it is their models, their recipes that have failed,” he said.

After two years in the ministry of economy, Macron left Hollande’s government to start his own political movement, “En Marche”.

Upon leaving the Socialist government, Macron decided not to take part in the Socialist Party’s primary. So whichever candidate the centre-left party chooses, Macron will stand against them, if he can collect the required 500 signatures from elected officials in France.

For the Socialists, who were already doing poorly in the polls, Macron’s dissent has caused even more problems.

The former minister “now shoulders a historic responsibility: the fact that he has chosen to be a candidate outside the primaries means it is fairly certain that the left will not have a candidate in the second round of the presidential election,” Benoît Hamon, a candidate in the Socialist primary, told BFMTV.