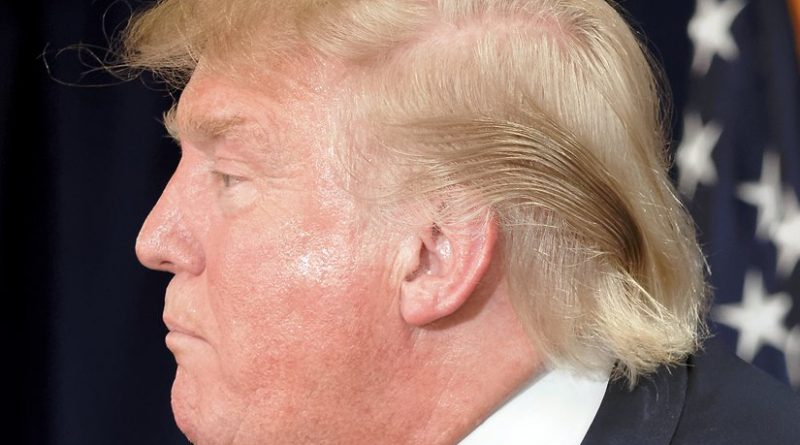 The apocalyptic vision of Muslim terrorists and extremists has come true with the victory of Donald Trump as the next US president. They jubilantly hail this as the “end of America!”

Donald Trump, whom the self-proclaimed Islamic State (IS) has identified as the “perfect enemy”, will be the next President of the United States of America. He will develop an unconventional strategy to fight insurgency, terrorism and extremism. To defeat a common enemy, Trump will think beyond the existing paradigm; he will reach out to America’s Cold War and post-Cold War adversaries.

IS and Al Qaeda have underestimated Trump. The new US president has the political will and the out-of–the-box thinking to work with Russia, China, Iran, Syria and other actors to manage the global insurgency and terrorist threat. Clouded by his highly controversial election rhetoric, many have failed to understand Trump’s radical vision to work with even America’s adversaries, notably Russia. Obama in 2014 declared that he wanted to “degrade and ultimately destroy” IS and eliminate the Al Qaeda and IS leadership. However Obama focused primarily on a population-centric strategy. Trump’s doctrine will be enemy-centric, with his central mission expected to relentlessly target and destroy IS, Al Qaeda and their associates.

Donald Trump’s opponents projected him as the presidential contender associated with anti-Muslim rhetoric. “There were people that were cheering on the other side of New Jersey where you have large Arab populations,” Trump told ABC’s George Stephanopoulos on 22 November 2015. “They were cheering as the World Trade Centre came down.”

In reality, most Muslims including the American Muslims did not support the 9/11 attack. Only a tiny segment of Muslims celebrated the 9/11 attack: like the rest of the population, most were horrified. After having called for banning all Muslim immigration to the US in December 2015, Trump clarified in June 2016 that as president he would “suspend immigration from areas of the world when there is a proven history of terrorism against the United States, Europe, or our allies”.

For Trump, an inexperienced politician and a highly successful real estate magnate, it is a learning process. CNN’s Anderson Cooper on 9 March 2016 asked whether he thought Islam was at war with the West. “There’s a tremendous hatred. We have to get to the bottom of it. There is an unbelievable hatred of us.” Most believed that such rhetoric will be exploited by IS and Al Qaeda propagandists and their support bases will grow.

As IS shape public opinion through social media, IS identified Trump as “the perfect enemy” to generate support among Muslims within America and worldwide. As a principal tool, IS harness social media platforms to engage their existing and new supporters and sympathisers. After his remarks on Muslim immigration, which he subsequently rephrased, Muslims in general disliked Trump but Muslim extremists and terrorists advocated for Trump’s victory in the lead-up to the election. They opined that Trump’s strategy would take America deeper into conflict in the Muslim world leading to the eventual bankruptcy of the US economy.

Perceptions of Extremists and Terrorists

In messages posted on Telegram and the Deep Web’s pro-IS Al-Minbar Jihadi Media forum on 9 November 2016, as translated by SITE Intelligence Group, the jihadists expressed that the election of Trump reveals the “hidden hatred” in the West for Muslims, and that he will ultimately destroy America. Nashir Political Service wrote, for example:

“What we want is that their country be delivered to a donkey like Trump who will destroy it. The world is going to experience a change, and this change will put Islam in the leadership position as the end result. In fact, the election of Trump is but an indication of the end of the American empire, so that it draws its last breath at the hands of this fool.”

On Al-Minbar Jihadi Media, pro-IS jihadists predicted “dark days” for America, including bankruptcy, due to Trump wishing for unrivalled dominance and being heedless of the costs of engaging in multiple wars concurrently. They also saw the Trump presidency as benefitting the IS, where one user stated according to SITE Intelligence Group:

“The more America assaults Muslims anywhere on earth, the more hatred and hostility there will be against it. The fervent for their faith and honour will look for those who will take revenge against America, and they will only find the State of the Caliphate.”

The World of Trump

Trump emerged at a time when the US failed to understand the global threat and deliver an effective response. Neglecting global interests and concerned about core US interests, President Barack Obama developed the pivot to Asia, withdrawing its forces from Afghanistan and Iraq. With the return of IS and Al Qaeda, the US was forced to reinvest in Af-Pak, the Levant, and North Africa. The global threat grew and threatened the US, its allies and friends.

Trump’s message was simple and effective. The world of Trump is different from that of the classic politicians and cautious bureaucrats. Trump will work with Russia and other powers to fight threats not only to the US but the world. Although western governments will be cautious, the US military-industrial complex is ready to support the new President. For Trump, the US made a mistake by getting rid of Saddam, Gaddafi and Assad who controlled the violent and radical Islamists!

In the eyes of Trump, superpower geopolitics compromised global security. When he sees a threat, he will want it neutralised; to him, with whom he collaborates to eliminate the threat will be secondary. Trump will also not be too concerned about Muslim public opinion or the views of Saudi Arabia or other Muslim countries.

A practical man, Trump’s strategy is not population-centric; his strategy is enemy-centric. As an entrepreneur, Trump will run the US like a business. If one strategy fails, he will embrace another. For the international community, Trump is highly controversial; they will be concerned that his bold strategy does not drag the world into a wider conflagration.

*Rohan Gunaratna is Professor of Security Studies and Head of the International Centre for Political Violence and Terrorism Research (ICPVTR) at the S. Rajaratnam School of International Studies (RSIS), Nanyang Technological University, Singapore.