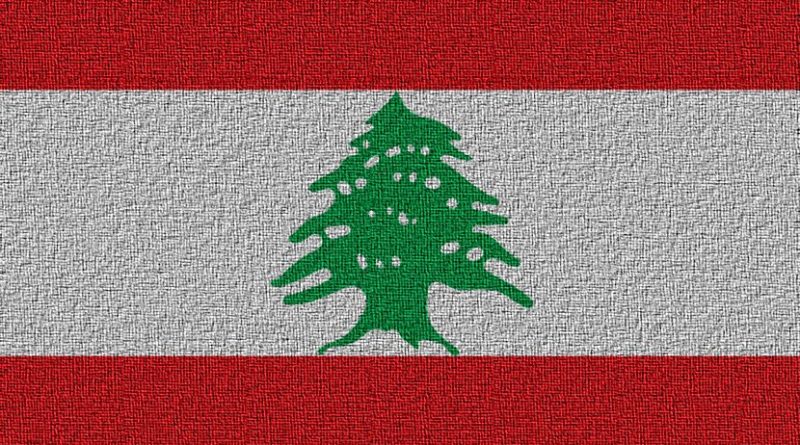 Lebanese authorities have been increasing their reliance on insult and defamation laws to silence journalists, activists, and others critical of government policies and corruption, Human Rights Watch said in a new report.

The 122-page report, “‘There is a Price to Pay’: The Criminalization of Peaceful Speech in Lebanon,” finds that powerful political and religious figures have increasingly used the country’s criminal insult and defamation laws against people leveling accusations of corruption and reporting on the country’s worsening economic and political situation. Convictions under these laws can lead to prison terms of up to three years. Parliament should urgently repeal the laws that criminalize speech, some of which date from Ottoman and French Mandate periods.

“Criminal defamation laws are a potent weapon for those in Lebanon who want to silence criticism and debate about pressing social and human rights issues,” said Joe Stork, deputy Middle East director at Human Rights Watch. “At this critical juncture, Lebanese officials should safeguard, not stifle, free expression.”

Over the past year, Human Rights Watch has interviewed 42 defendants and lawyers in criminal defamation cases as well as government officials and civic leaders. Most defendants reported self-censoring after intimidating experiences resulting from defamation cases.

On October 17, 2019, thousands of people took to the streets to protest new taxes. The protests quickly evolved into widespread public anger against the entire political establishment, whom protesters blame for the country’s dire economic situation and accuse of endemic corruption. The country is experiencing a dollar shortage, with serious implications for the ability to import necessary goods, including medicine, wheat, and fuel.

On September 30, local media reported that the president’s office released a statement stating that “those who broadcast fabricated incidents or false allegations about a decline in the national banknotes to undermine confidence in the state’s robust liquidity and bonds…will be sentenced between six months to three years in jail.”

On October 1, the Cybercrimes Bureau summoned Amer Shibani, a Mostaqbal Web journalist, for a three-hour interrogation after he posted on Twitter that his local bank was not dispensing dollars. Officials “requested” that he delete his Tweet, which he did. On October 5, four Lebanese lawyers filed a complaint against The Economist magazine, accusing it of damaging Lebanon’s reputation and insulting the Lebanese flag in its reporting on the country’s dollar shortage.

One of the main protester demands has been to hold officials accountable for corruption. In response, officials accused of corruption have been using defamation laws to intimidate their critics. Riad Kobeissi, an investigative journalist, said that a public official filed at least two defamation cases against him, the latest after he released documents, call recordings, and WhatsApp messages on October 31 that he said implicated the official in corrupt practices. A prosecutor subsequently charged the official with wasting public funds based on Kobeissi’s evidence.

After mass protests in 2015, Lebanon witnessed an alarming increase in attacks on peaceful speech and expression. The Cybercrimes Bureau – an Internal Security Forces (ISF) unit tasked with combatting cybercrime and enhancing online security – initiated 3,599 defamation investigations between January 2015 and May 2019. The numbers the bureau provided to Human Rights Watch indicate a 325 percent increase in defamation cases for online speech between 2015 and 2018, coinciding with the worsening economic conditions and public disillusionment.

Criminal courts have sentenced at least three people to prison for defamation in this period. One was given nine sentences ranging from two months to six months in separate criminal cases filed against him by the same politician. The Publications Court issued at least one prison sentence during the same period, and military courts have issued three, two of them overturned on appeal.

Although most of these sentences were in absentia, Human Rights Watch found that the prosecution and security agencies improperly, and sometimes illegally, intimidated and tried to silence people charged in these cases.

In at least four cases, armed guards aggressively arrested people accused of defamation in a manner vastly disproportionate to their alleged offense. In one case, about 10 armed police officers stormed the offices of the online publication Daraj and arrested its co-founder and editor-in-chief, Hazem al-Amin, over a defamation lawsuit. “The way they were driving in the street, with the sirens and the convoy, it’s as if they caught [Islamic State leader] Abu-Bakr al-Baghdadi,” al-Amin told Human Rights Watch.

People interviewed described physical and psychological interrogation tactics they believed were intended to humiliate, punish, and deter them from criticizing powerful local people. Defendants said that interrogators looked through their phones and social media accounts, sometimes without a judicial order.

Interrogators pressured people to sign pledges not to criticize the complainant or to remove their offending content immediately, before they were able to present their defense in court and in some cases without any charges being brought. Nine people Human Rights Watch interviewed spent time in pretrial detention, in one case 18 days, over defamation charges.

Some people investigated for defamation felt forced into self-imposed exile for fear of arrest or harassment. Others lost their jobs and found it difficult to find new work. Fines and other sanctions have had a significant financial impact on many defendants and their publications.

Lebanon’s constitution guarantees freedom of expression “within the limits established by law,” but the penal code criminalizes defamation against public officials and authorizes imprisonment for up to one year. The penal code also authorizes sentences of up to two years for insulting the president and up to three years for insulting religious rituals. The military code of justice punishes insulting the flag or army with up to three years in prison.

Parliament is debating a new media law that would amend the existing defamation provisions for published content. Although the proposed law prohibits pretrial detention for all publishing crimes, including those on social media, it does not remove prison sentences for alleged defamation and in some instances increases prison time and fines.

Parliament should ensure that the new media law meets international human rights standards, including by banning imprisonment for all speech crimes, Human Rights Watch said. Laws that allow imprisonment for criticizing individuals or government officials are incompatible with Lebanon’s international obligations to protect freedom of expression. Parliament should also repeal the defamation provisions in the penal code and replace them with civil defamation provisions.

“As Lebanon begins the painstaking process of addressing its economic crisis and holding those responsible for major human rights abuses to account, its laws need to protect people who expose corruption and misconduct,” Stork said. “To that end, parliament should urgently decriminalize defamation.”