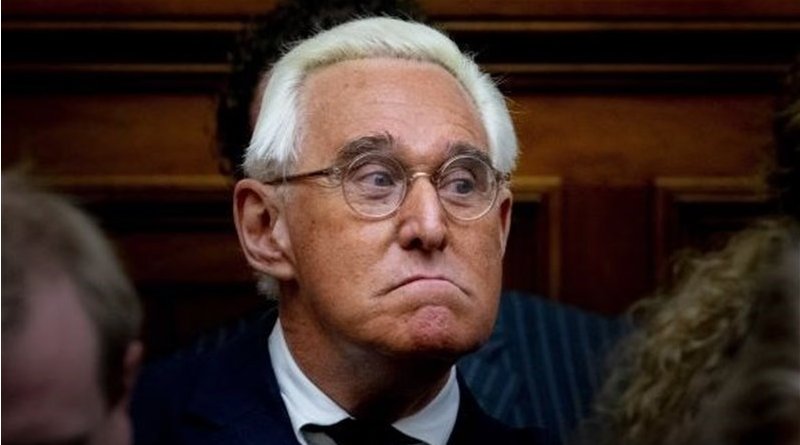 After just two days of deliberation, Roger Stone has been found guilty on all seven counts. Prosecutors argued that Stone be immediately taken into custody over concerns that he would break gag orders imposed by the judge. The timing of this verdict as the impeachment testimonies take place will likely be used as major weaponry in the efforts to paint Trump as a man who had Russian connections and was involved in some kind of witness intimidation.

The charges for which Stone will soon face sentencing include lying under oath, witness tampering, and obstruction of justice. While federal sentencing is a complex realm, it is almost certain that he will spend a period of time behind bars.

The testimony given by Marie Yovanovitch is unlike that given by Grant and Taylor on Wednesday. Instead of focusing on the relations between Ukrainian officials and the Quid Pro Question, Schiff and Goldman began the day with a very different tack: witness intimidation.

House Democrats suggest that Yovanovitch felt not only bullied, but also intimidated by Tweets from the president, and also from the transcript relating to the July 25 phone call. A strange situation considering that she was unaware of either until after the fact.

Could it be that the Democrats suspected Roger Stone would be found guilty of witness intimidation and decided to capitalize on the likely press coverage to tie this into their case?

Roger Stone made a serious mistake. He then compounded that mistake by apparently trying to avoid taking responsibility for his first error. Being the last person charged in the now memory-holed Mueller Investigation, this was always going to be the big closing number. Instead of ending with a legacy of two-years, millions of dollars, and no actual evidence, fans of what Trump described as a “Witch Hunt,” will now have a high-profile closure.

Due to be sentenced in February, Stone has a few months to take care of his affairs. Whether he will launch a campaign to ensure a lucrative career after his sentence is served, or take to the airwaves rests on one thing: Will Stone pay attention to the gag order?

If his past performance is anything to go by, we’ll be hearing a lot more from Mr. Stone before this whole thing is done.