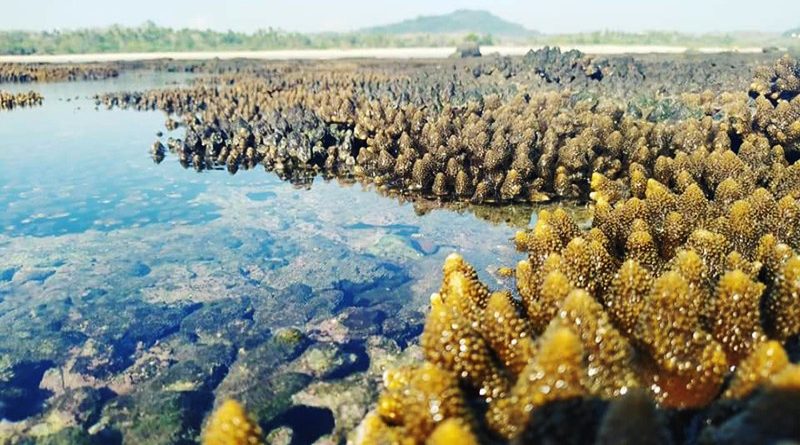 The fisheries industry must systematically dispose of old fishing nets in order to protect Arakan State’s coral reefs, according to U Ant Maung, a marine species conservation officer from the Wildlife Conservation Society (WCS).

He said when fishermen discard fishing nets into the sea without proper disposal, they can cling to underwater reefs and damage them.

The presence of coral reefs along the coast helps prevent landslides, enriches fish stocks and absorbs carbon dioxide from the sea, said Dr. Cherry Aung, a Department of Marine Sciences professor at the University of Pathein. She argued that for these reasons it is important to systematically maintain existing coral reefs rather than view them as a resource that can easily be replaced.

“If coral reefs are replanted, it is very unlikely because the growth rate of coral reefs is very elongated. Even the [fastest-growing] coral reefs grow about one centimetre a year. Therefore, reducing damage to coral reefs is the key to protection,” she explained.

The designation of coral reefs as protected areas and the establishment of community-based tourism can generate income for locals and earn revenue from foreign tourists, she added.

Coral reefs prefer warm, clear waters, and the Indo-Pacific region is home to most of the world’s coral.

Many local fishermen are still unaware of the fact that discarded fishing nets are destroying underwater coral reefs, said a marine worker from the town of Ngapali in Arakan State’s Thandwe Township.

“We did not know that these nets could damage coral reefs because no one had come to educate us,” he said.

Studies aimed at helping to conserve coral reefs have been underway since 2019 in the Arakan coastal area, according to the WCS.