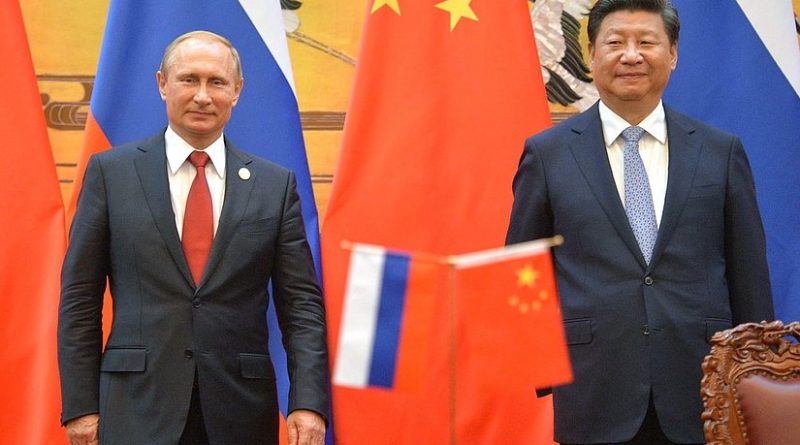 The recent Russia-China-India Trilateral Foreign Ministers Meet in New Delhi brings into sharp focus the charade of perpetuating a geopolitically redundant conclave which serves no security interests of India.

Significantly, as 2017 comes to a close, the preceding foreign policy formulations of Russia and China manifested so far clearly suggest that there are more divergences than convergences even at the bilateral level of Russia-India and China-India relations, leaving alone in terms of strategic convergences between the three.

In terms of Russia –India bilateral ties schisms are visible in the most crucial and sensitive region of South Asia. Russia with its recent tilt towards Pakistan should reinforce a conviction in Indian foreign policy establishment that Russia is complicit with China in stifling India’s natural predominance as the regional power in the Indian Subcontinent.

In terms of China-India relations, the Indian foreign policy establishment should cease de-emphasising that China is a serious military threat to India by virtue of the massive China-India military confrontation on India’s Himalayan borders with China Occupied Tibet

Additionally, with the China-Pakistan Axis acquiring sharper and menacing contours hardly any scope exists to analyse alternatively that China is hell-bent on checkmating India’s rise as a leading Asian power.

With the above equations starkly evident in 2017, the moot question that arises is as to what strategic ends of India are served by continuing to participate in conclaves of this Trilateral as 2017 closes?

Strategic ends of India could have been served even partially had Russia been in a strong position to provide countervailing power or to moderate China’s hostile policy stances and military confrontation against India. The reality today is that Russia is not in a position to do so by its comparative decline as a power to reckon with relative to China.

Russia on the other hand is seen as seconding China’s military adventurism in Indo Pacific Asia from South China Sea to Pakistan and Afghanistan. In all of these and many others, Russia’s stances impinge on India’s legitimate security interests.

The Indian foreign policy establishment has not been sleeping either in terms of appropriate geopolitical responses to the China-Russia strategic nexus which as in the 1990s does not seem to be that nebulous.

Any argument in any quarters that the Russia-China-India Trilateral became devalued because of India’s growing proximity to the United States is untenable. Simply, because India had to explore for countervailing power, even existential, to the strengthening of the China-Russia Strategic Nexus.

Contextually therefore, and something which I have been arguing for in my earlier writings and assertions is that it is high time that India de-links itself from all China-led or China-sponsored organisations like the SCO or BRICS. Both of these are as geopolitically redundant to India’s strategic or even economic needs as the Russia-China-India Trilateral.

In the same vein, India at no cost should succumb to joining China’s flagship project—the One Belt One Road Project. This project though projected in economic sugar-coating by China is nothing but a blueprint for China’s stranglehold in Indo Pacific Asia and Eurasia.

If one glances at the map portraying the extent and configuration of China’s OBOR it is amply clear that the underlying motives are strategic and not economic prosperity. Strategically, China’s OBOR and its associated flagship project in Pakistan—the CPEC, running through Indian Territory under Pakistani Occupation will seriously impede India’s rise as a leading Asian power.

Concluding, with the contextual backdrop painted above it should be amply clear that it is not in India’s strategic interests to continue through this charade of perpetuating the Russia-China-India Trilateral which has been rendered geopolitically redundant by Russia and China moving away from its original imperatives at the time of conception of this Trilateral. In 2017 this Trilateral merely remains a trophy for Russia and China for geopolitical signalling to the United States in Indo Pacific Asia.