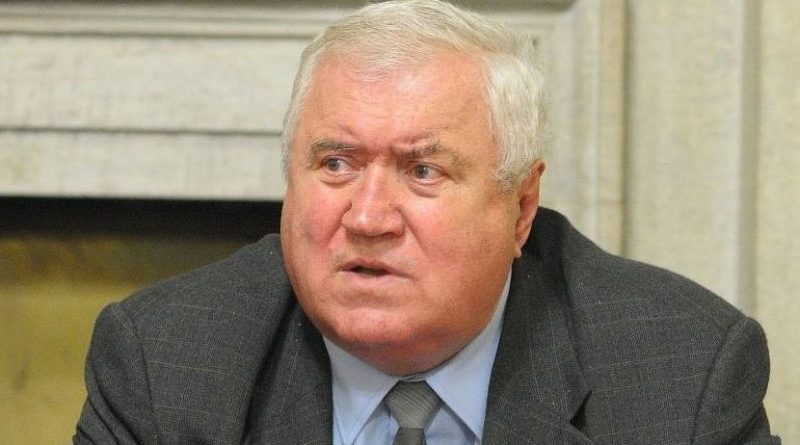 Professor Vladimir Shubin, the Deputy Director of the Institute for African Studies [IAS], Russian Academy of Sciences in Moscow

Professor Vladimir Shubin, the Deputy Director of the Institute for African Studies [IAS], Russian Academy of Sciences in Moscow, has raised some serious issues in Russian-African relations that need careful consideration.

In the first place, inside Africa there is clear evidence that most of the political leaders are now reacting to post-Soviet politics and emerging economic possibilities in Russia. President Vladimir Putin and the Kremlin authorities have also moved progressively with a new phase in consolidating political ties at the state levels with Africa. In order to maintain this relationship, African countries have to pay high attention to and take significant steps in promoting their achievements and highlighting their most development needs.

Professor Shubin’s interview on political relations between Russia and Africa as well as the economic cooperation will attract more and more practically academic discussions. Such scholarly contributions, in essence, help deepen understanding of the problems that mitigate in building solid relationship or partnership with Russia. In the past, the emphasis was strongly put on political ideology, but now, that has largely changed and it’s obvious that increased economic cooperation is the main determining factor especially in the fields of mining, transportation, infrastructure construction, industry, agriculture and tourism.

These have to be placed [step-by-step] on a new basis of mutual interests. What is abundantly clear is how to stimulate African governments into exploring investment opportunities in Russia and Russian investors into Africa within some framework of mutual-cooperation. It is also worthy to say that Russia has played roles in Africa and Africans have to work towards good governance, adopt good development strategies and seek an improved welfare for the population. Equally interesting is Asian States are moving faster than Africa and consequently the development gap is widening.

As correctly pointed out by Professor Vladimir Shubin in wide-ranging interview discussion with Kester Kenn Klomegah, certain developments and approaches, however, provide basis for criticisms and for pessimistic views as to what extent, these ideas can be realised for Africa. The world continues watching developments. Interview excerpts here:

In the cold war era, Africa was an ideological playing field for the United States and the then Soviet Union, but all these have changed after the Soviet collapse. What are your views about the relationship between Russia and Africa?

Indeed, the style of work and its intensity are quite different in the case of the first president Boris Yeltsin and his successor Vladimir Putin. I would not attribute the reasons of the marked changes just to personalities. One should not look at Russia today as something “monolithic” tightly directed from the Kremlin, as the USSR used to be at some stage. There are different political forces competing for the power in the country or, at least, for the influence over it. These forces represent interests of various diverse political and social groups that also need to be carefully analysed within a particular context.

This is true for the foreign policy as well, even if according to “Yeltsin’s Constitution” of 1993, the President determines the main foreign policy directions. In respect to Africa, there are significant forces in Russia, which stand for further development of bilateral relations and a stronger economic cooperation. They include not only traditional friends of Africa on the left side of the political spectrum, but take Russian industrialists who are interested in exporting their manufactured goods to African countries or in exploring its mineral resources.

Does the Kremlin have an agenda for Africa? How would you defend the affirmative position, citing examples?

That is quite interesting. I have never heard about a special Moscow’s “agenda” for Africa, but one should proceed from the “Concept of the Foreign Policy of the Russian Federation” approved by Putin soon after his election to the post. Africa occupies a decent, albeit modest place. Putin several times spoke about Russia’s involvement in African affairs. Putin said: “As to Russia, traditionally with the African continent, we’ve got very good relations. We subtly feel all the problems of the African continent…I must say Russia’s contribution is very noticeable in dealing with the problems of Africa.”

Among other things related to the writing off part of the debts of African countries, Russia makes very great contributions: we take part in humanitarian programmes and, in particular, in the health programmes for fighting AIDS. We grant African countries a considerable amount of scholarships for studying in higher educational institutions in Russia and plan to carry on this programme in future. Russia’s assistance to African countries is multi-pronged and we are convinced that this activity ultimately meets the national interests of the Russian Federation.

What would you suggest if you were to advice Kremlin administration on policy approach towards African countries? And, your opinions about the future of Russian-African relations?

Africa has a great potential for our bilateral relationships. Truly and firstly, in the political sphere there are hardly any sharp controversies between Russia and African countries. Agreeably, the relations in other spheres, especially in economic cooperation, are lagging behind. Thus, the bilateral trade is many times less than that of China, India and many foreign countries with Africa.

I am not sure that “Kremlin administrators” often ask for advice from the academic community. But some steps are evidently overdue, such as Putin’s working visit to Africa, south of the Sahara. Russian banks are making initial steps in operating in Africa, while the lack of credit facilities has been the major obstacle to successful development of economic ties. However, Russia needs genuine and objective information about modern Africa, and here both state and private mass media linger a lot.

Has Russia identified its role in any of African regional organisation’s programme aimed towards the development goals of Africa?

One should always remember that Moscow feels the problems of the African continent, perhaps better than some other “developed countries” – both because of its history of cooperation with African countries and because it often faces similar development problems. However, with these trends, I am not sure that the African diplomacy pays enough attention to Russia. Moreover, I think that a considerably good part of it is under the influence of the Western propaganda, does it best to portray Moscow as backyard of Europe. On the other hand, Moscow’s capacity to carry out practical steps in cooperation with African countries is limited by its own internal economic problems

Nevertheless, we can mention Russia’s continuous active involvement practically in all UN peace-keeping missions in Africa, Russia’s significant contributions to the international fund on combating HIV/AIDS, Tuberculosis, Malaria and other diseases as Russia’s indication of interest in Africa, but we also want African leaders to show, with clarity, their interests in Russia. It should not be just one-way traffic.

In your critical assessment, what African leaders be seen doing if really they want to get out of their multiple problems and practically get integrated into the global community?

It is not for a Russian academic to give an advice to African governments. However, some things look obvious. Africa can play an important and fair role in the “globalising world” only if the continent really “globalise” itself, first by effectively strengthening its continental and regional cooperation to be able to speak in one voice. All true friends of Africa welcomed the creation of the African Union, but it remains to be seen how practically effective this organisation will be.

Unfortunately, some of the recent events and developments there and the African Union’s political approach do not allow us to be too optimistic. There are a lot of pessimism about how far the African Union idea can go and what it can achieve for the continent. This depends largely on the political attitudes of the people themselves. The funniest thing is that whenever there are problems in Africa, the leaders fly to Europe in search of assistance.

Do the African politicians realise that they have or must help Africa to develop? For example, even after the establishment of the African Union there were appeals for outside forces to solve intra-African conflicts.

Even more disturbing is a lack of consistency in the approach to the most crucial international issues. Africans have to acknowledge the fact that the world has progressively changed and they must be seen changing with the similar positive pace. It’s about time Africans have to take development issues seriously and work progressively towards establishing good governance and drastically seek improvement in the welfare for its large impoverished population.

Relations are supposed to be a two-way road (street). Do you think some African political leaders are not up to expectations in their relations with Russia? What should they be seen doing in order to raise friendly ties with Russia?

I cannot say that African leaders do their best in developing bilateral relations. Truly and passionately, they come to Russia more often than ten years ago, but a lot still have to be done. Perhaps, one of the reasons why some African leaders “written off” Russia is the lack of information about Russia, or rather plenty of distorted information they have received from the Western media coverage of Russia. Moreover, some of foreign journalists writing from here for African media cause damage to the bilateral relations.

Now and then, speaking to African diplomats in Moscow, I often joke: “Some of you are accredited not to Russia, but to the African diplomatic corps” in Moscow. Definitely, it is a bitter joke, but it reflects the reality. While some of the embassies are actively promoting their countries and are winning friends for Africa, others are hardly visible, even for African scholars here.