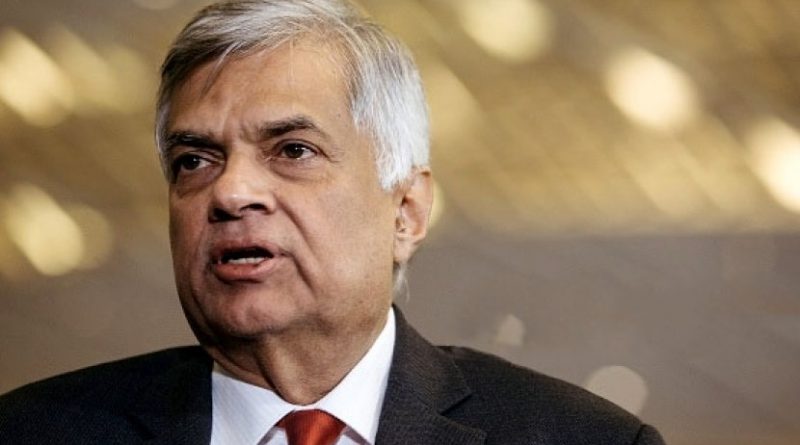 “That was what happened at the 2015 Presidential election. You all joined hands to end an era where the Constitution and human rights were crushed. We passed the 19th Amendment to the Constitution with the aim of protecting and strengthening the rights of the people. I wish to emphasize here that by acting contrary to the Constitution, democracy will not be protected,” he said.

“That was what I said on October 26 at Temple Trees. I said on that day our fight was for the sake of democracy; justice; to protect the Constitution; adherence of the rule of Law and civilized and moral conduct of society. And I also said that at the end, we would win the fight. I say the same thing even today and I will say the same tomorrow too. I will abide by my word. I will do what I say and I only say what I can do,” the Prime Minister said.

“Most of the people in this country joined together to protect the Constitution, democracy and the rights of the people. Hundreds of thousands of people who adhere to their conscience came to the forefront of this fight as Sri Lankans, disregarding their race, religion and party politics. Sri Lankans living abroad too supported this move to the best of their ability. They joined this on behalf of their country and democracy without any personal gain,” he added.

“I take this opportunity to salute them all,” Prime Minister Wickremesinghe said.“Similarly, I would like to pay my homage to the Maha Sangha and the clergy of other religions who guided us in this endeavour. The Honourable Speaker, Ministers and Members of Parliament fully dedicated to uphold the supremacy of the Parliament and democracy. I offer my sincere gratitude to all of them. Our judicial institutions, including the Supreme Court and the Court of Appeal, exhibited their independence and the identity to the whole world. I would like to extend my gratitude to the Judiciary as well as to the lawyers who made their legal submissions. And also, I offer my gratitude to members of the Public Service, Armed Forces and the Police who upheld the rule of law and justice”.

“My gratitude should go to the journalists who fought for the impartiality of the Media in the midst of the pressures of errant journalists and to all who toiled day and night voluntarily to tell the truth to the world through social media.“In January 2015 and August 2015, we gained the mandate of the people to bring good governance, to preserve democracy and the Rule of Law to eliminate frauds and corruption, to empower Parliament after abolishing the Executive Presidency and to uphold the sovereignty of the people. During the past three and half years we have done a lot to the Country”.

“The whole country is enjoying the harvest of the seeds we sowed during the past three and half years. We are happy about that. However, there are things that we could not implement in this period. Some work got delayed. We could not finalize some work. But, we haven’t lost our dedication and determination. We are determined to rectify our shortcomings. We will take steps to expedite the litigation regarding fraud and corruption. We have created an environment in which different ethnic groups can live together in harmony and co existence. We will dedicate ourselves to maintain harmony among different ethnic groups.

“Now, we should go forward. Even by now, we have initiated discussions with a number of political parties in respect to abolishing the Executive Presidency. And also, we will have discussions with the Tamil National Alliance and Janatha Vimukthi Peramuna to bring about a political solution in which all citizens can live in harmony in a unitary state”.

“Our intention is to form a broad alliance to protect democracy. It is only through the democratic environment in which the voice of the people is considered and the rights of the people are protected. We can bring about a dignified society where the future generation can do without fear”.

“Our efforts to create a strong democratic environment that any external force cannot suppress. My heart-felt wishes is to create such a Sri Lanka. You all wish for such a country. It is the hope of all Sri Lankans.

Therefore, I appeal to all of you to forget all differences and join hands with this broad alliance for the sake of our Motherland, democracy,rights of the people and to create a free country for future generations.”

“Let us allow our heart-felt wish”.