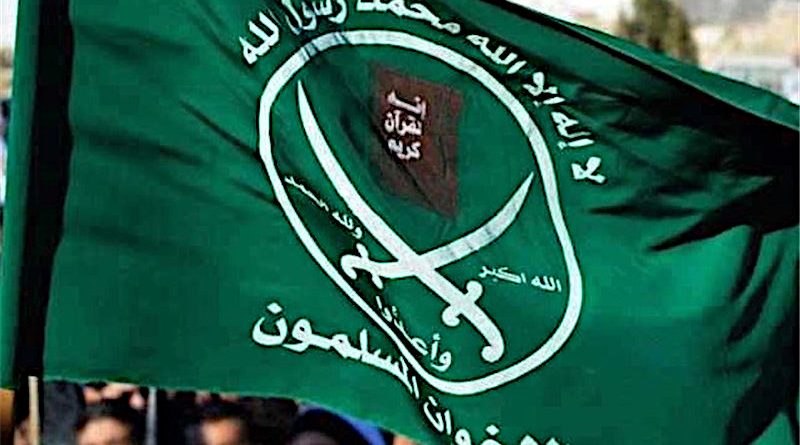 Now and then, calls rise in Washington to designate the Muslim Brotherhood as a terrorist group due do its activities on a global level. Although several conservative politicians, intelligence think tanks, and anti-Islamist activists continue to highlight the danger of this radical movement and its proxy organizations, no official decision has been taken by the government of the US.

Early this month, Republican Sen. Ted Cruz, who is known for his relentless attempts against this radical group, reintroduced the Muslim Brotherhood Terrorist Designation Act, which, if it becomes law, would allow the US government to impose a broad spectrum of sanctions on any countries, companies or individuals that support, finance or interact with the group and its members. “I am proud that under the Trump administration we continue to call out and combat radical terrorism and I am glad to join my colleagues today in reintroducing this legislation,” Cruz said in a statement, emphasizing the importance of holding foreign terrorist organizations accountable for their actions.

Even though the Muslim Brotherhood was founded in Egypt by Hassan Al-Banna more than 90 years ago, its threat has grown and its base has widened with the support of two US allies: Qatar and Turkey. However, several Arab countries close to Washington have taken firm measures against the group, considering it the No. 1 threat in the region and beyond.

Al-Banna’s ambitions exceeded the borders of his own country, as he believed the Brotherhood’s agenda — of recreating the Islam of the caliphate as a transcontinental ideology — should be implemented globally. The group’s ultimate goal is to form a bond based on a political ideology to restore the “authentic” Muslim power and prestige and to have an impact on major international decisions to serve its own political and economic interests.

Between 1949, when Al-Banna was assassinated, and 2020, the Muslim Brotherhood learned to infiltrate the West and master the political game. But how? Political persecution and the oppression of freedoms in parts of the Middle East, in addition to the desire to pursue a better life, caused waves of immigration. Millions of Muslims fled to different countries in the West, especially Europe and the US. Slowly, Muslim communities started to build their own institutions and organizations. Unfortunately, the people who were most interested in building these institutions were associated with the Muslim Brotherhood or inspired by it.

Well-funded and backed by powerful governments, the Muslim Brotherhood has used a large percentage of its assets to manipulate millions of Muslims around the world by creating hundreds of organizations to keep them isolated in their own communities. Meanwhile, away from Islamic slogans, the international organization has used its resources to influence international intellectual institutions, charitable organizations, public relations firms, and numerous media outlets in the US and several European countries to indirectly promote the group and advance its ideology.

Qatar has provided the radical group with the largest media platform in the Middle East. Al Jazeera Arabic has played a vital role in radicalizing Arabic-speaking Muslims around the world, inciting hatred and anti-Semitism by playing on the emotions of its viewers, who originally came from a politically unstable and war-torn region. On the other hand, the English-language version of the Al Jazeera network whitewashes the face of certain political Islamist movements and terrorist groups to play the victim’s role and gain the sympathy of the Western world.

In the US, thanks to the propaganda coming from the left-leaning mainstream media, Islamists needed no extra effort or help in emphasizing the narrative that America is an unjust, evil country that has been targeting different minorities throughout its modern history.

Meanwhile, widespread confusion between the terms “Islamist” and “Muslim” was sown by the Brotherhood itself. The strategy of putting all Muslims into one category has served its agenda and strengthened its argument that every attack on the group was an attack on Islam. The truth is that Islamist movements have made it very hard for secular Muslims who do not want to play the game of identity politics to blend in; forcing them to endlessly distance themselves from the group’s extremist ideology.

But why should the world bow down to these religious fascists? In order to succeed in fighting the radical views that have been flourishing in the West in general, and in the US in particular, America needs to learn from Egypt, the UAE and Saudi Arabia and take drastic measures against the Muslim Brotherhood and its attempts to infiltrate its society.

Washington should not treat the Muslim Brotherhood any differently to the Lebanese Hezbollah or the Palestinian Hamas. It should send a clear warning of serious consequences to the countries that support, finance, harbor or provide a platform for the group. Will that be easy? Of course not — at least not in the next four years.

Most Democrats, including members of the upcoming administration, strongly believe that designating the Muslim Brotherhood would have a negative impact on Washington’s relations with several Arab and Muslim countries. But these people need to take a closer look at the struggles of the people in the Middle East due to the lack of security and political and economic stability caused by radical groups such as the Muslim Brotherhood.

A bold and brave decision like this would certainly make the world a better and safer place.

*Dalia Al-Aqidi is a Senior Fellow at the Center for Security Policy. She is a former Republican congressional candidate. Twitter: @DaliaAlAqidi