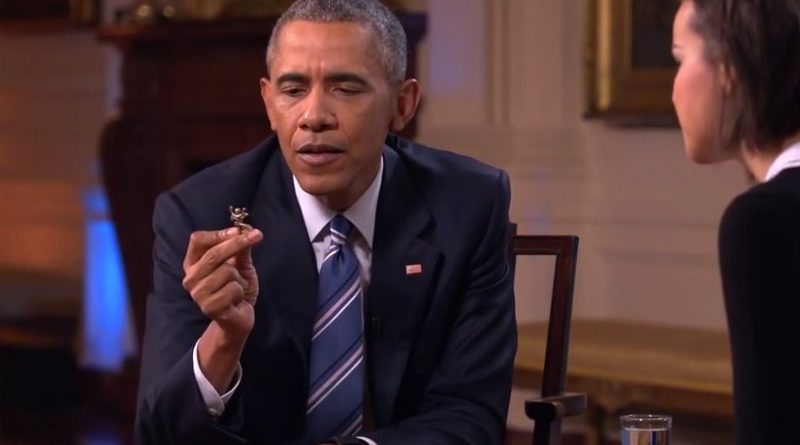 In a live post-State of the Union interview with Ingrid Nilsen, American YouTube personality, from the East Room of the White House on January 15, Obama showed things he carried around all the time and took out from his pocket which he described as: This is Hindu little statuette of monkey god Hanuman that a woman gave me. This video-interview is posted on The White House website. BBC gave this story the title: “What does Obama keep in his pocket?”

In a statement in Nevada today, distinguished Hindu statesman Rajan Zed, who is making efforts to erect a privately funded statue of Lord Hanuman in Arkansas State Capitol grounds in Little Rock, welcomed Obama’s continued interest in Lord Hanuman and added that if he wanted to explore Hinduism further, he or other Hindu scholars would be glad to assist.

According to Rajan Zed, who is President of Universal Society of Hinduism, Lord Hanuman is greatly revered and his worship is very popular among Hindus and there are numerous temples dedicated to him. Son of wind-god, besides incredible strength and changing shape at will and flying, he is believed to be a perfect grammarian, great scholar and excelled in all the sciences. According to a legend, even while he was still an infant, he intimidated the sun. In Mahabharata war, flag on Arjuna’s chariot driven by Lord Krishna displayed Lord Hanuman. According to a belief, all the planets are under his control.

There are about three million Hindus in USA.

In order to raise its geopolitical influence, Russia has been making efforts identifying mega infrastructure projects such as nuclear power