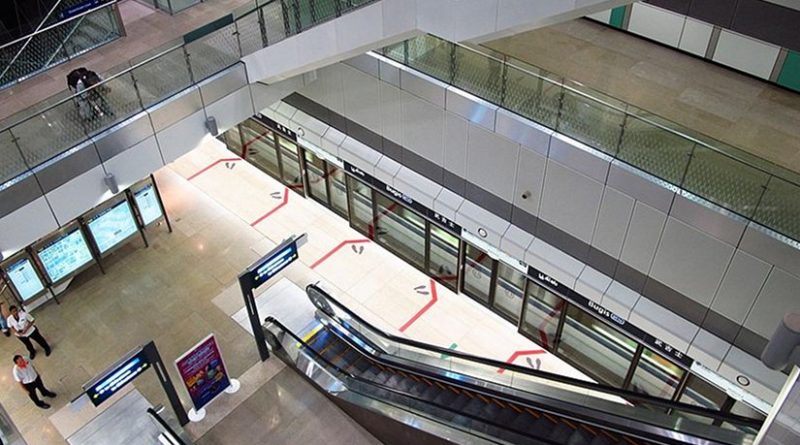 The frequent breakdowns of the Mass Rapid Transit (MRT) system have been a source of frustration for both commuters and operators. This notwithstanding, the MRT is part of a key infrastructure for Singapore to be smart-city ready. How can we turn these technical challenges into platforms to foster and strengthen public trust?

Launched in late 2014, Singapore’s Smart Nation programme aims to leverage on data networks and information and communication technologies (ICT) to enhance the quality of life and bring Singapore to the future. One way to acclimatise Singaporeans to the idea is to make use of existing smart city infrastructure.

The latest step in this programme was unveiled with the recent deployment of sensors and cameras island-wide. Although the Singapore government intends for its citizens to be actively involved in the Smart Nation initiative, actual participation from the masses seems to be low-key, with the exception of the technologically savvy citizens.

This may be because the idea is still far removed from their daily experiences for them to identify with it. However it is perceived, the Smart Nation will eventually become a reality.

Despite the advanced technology used in engineering the MRT system, its actual performance belies its sophistication, evident from how MRT breakdowns have become a monthly affair. 2015 saw 14 major breakdowns on the MRT lines – a 40 percent increase from 2014. On the complementary LRT system, breakdowns lasting more than 30 minutes each have quadrupled to 15. This dismal track record falls short of the expectation of what a smart city infrastructure is supposed to deliver.

Singapore’s MRT system used to be touted as one of the most efficient in the world, and is part of a suite of policy instruments the Singapore government is using to reduce the number of private cars in the country. However, the experience of frequent train breakdowns is keeping commuters away from public transport. This does not bode well for Singapore, as cars – be they driverless or otherwise – are not sustainable. Land use in this island nation will increase along with the environmental cost of increased carbon emissions.

Altering the DNA of MRT

Despite all its failings and lost chances, the MRT infrastructure remains a well-placed stepping-stone towards creating the “City of the Future”. Properly leveraged, the current MRT system has the potential to inspire the citizens of Singapore and give them a taste of the Smart Nation they desire.

MRT could make the public transport system more accountable by guaranteeing that commuters will be able to travel to their intended destination in a timely manner. Ubiquitously stated at the platforms of every MRT station, the time taken to travel from station to station is a promise — a social contract between MRT and its commuters. The violation of that social contract is the key factor that erodes trust in the system.

As such, that should be the basis of how reparations are made. This can be achieved through the use of a computer system that leverages on already existing feedback loops and tracker sensor systems.

Based on the stipulated time, the trains should be able to carry its commuters to their intended destination, with a 10 to 15 percent allowance for unexpected delays. If the actual time taken to travel between stations A and B exceeds the stipulated time – inclusive of the allowance – the customers get a full or partial rebate when they tap out with their EZ link card. Implementing this policy would give the citizens a taste of the power and convenience of a smart city feature.

This is an improvement upon the current practice where the commuters have to queue up at the counter to get a rebate if the train breaks down. This labour- and time-intensive function could easily be automated by a computer program.

For an added incentive, the MRT system could also reward their loyal customers – i.e. those who chose to stick to the MRT as their main form of travel regardless of delays. In addition to the previously mentioned compensation, there should be a reward mechanism built into the EZ link card where they can receive non-expiring monetary rewards for breakfast, lunch or dinner to be claimed at partner F&B outlets at any time.

Doing so will build customer loyalty with the MRT operators. More importantly, this policy will rebuild the trust between Singapore’s MRT system and the commuters. To prevent commuters from gaming the system, the algorithm should only be activated in the event of a breakdown, and errant commuters who overstay on the platforms could be punished with a fine added to their EZ link cards as they tap out on the gantries.

The immediate refund and reward scheme would create a positive and powerful narrative to the Singapore public; one where they do not bear the costs of the MRT operators’ failure to live up to their commitment to the true spirit of Mass Rapid Transit. Implementing this proposal would demonstrate two things – how smart-city technology can be used to serve the public; and how ordinary citizens as customers could leverage this technology as a bargaining chip.

Consumers could now be directly compensated whenever trains break down instead of the current method of levying hefty fines on the MRT operators. Such an arrangement would send a strong and positive signal that accountability and trustworthiness is the hallmark of Singapore’s system of governance. This will also motivate Singapore’s MRT operators to race against themselves within the existing social contract instead of benchmarking against the mass transit systems in other cities.

The Smart Nation vision that Singapore aspires to is already present. The Singapore government needs to consciously steer it to allow the public to become its ultimate beneficiary. This case is an example of how Singapore can move beyond traditional data collection methods such as surveys and instead leverage upon automatic feedback systems built within its infrastructure to minimise delays. This customer-oriented arrangement could be a model for telecommunication operators and/or other public service providers to follow.

*Christopher Lim is Senior Fellow in the Office of the Executive Deputy Chairman and Vincent Mack is Associate Research Fellow in the Centre for Non-traditional Security (NTS) Studies, both at the S. Rajaratnam School of International Studies (RSIS), Nanyang Technological University, Singapore. This is part of a series.