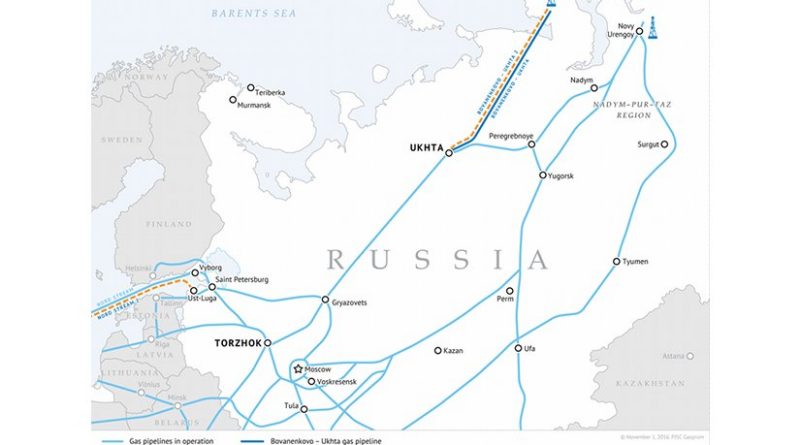 The Bovanenkovo-Ukhta 2 gas pipeline and the Zapolyarye-Purpe and Kuyumba-Taishet oil pipelines were launched Wednesday by Russian President Vladimir Putin via videoconference.

The Bovanenkovo oil and gas condensate field developed by Gazprom is the biggest on the Yamal Peninsula. The construction of the Bovanenkovo – Ukhta gas pipeline started in 2008.

Transneft’s new oil pipelines will make it possible to ship oil from new fields in the Yamal-Nenets Autonomous District and Krasnoyarsk Territory.

Also taking part in the launching ceremony of the new facilities were Chairman of the Gazprom Management Committee Alexei Miller and President of Transneft Nikolai Tokarev.

Putin said the launch of the pipelines, “will substantially expand our oil and gas sector’s possibilities and will have tangible benefits for the entire Russian economy. This is indisputable. What is particularly important is that they will contribute to the regions’ development as well.”