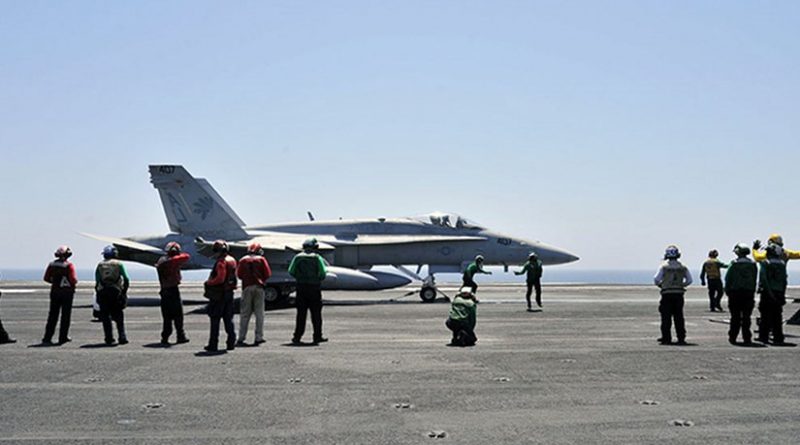 “I am extremely proud of the George H.W. Bush Strike Group’s performance during COMPTUEX,” said Rear Adm. Nora Tyson, Bush Strike Group commander. “Our Strike Group and coalition team have come together and formed an effective and cohesive fighting unit.”

COMPTUEX is designed to test every capability of a Strike Group, with the goal being to hone warfare skills and tactically execute as one cohesive unit as the Strike Group prepares for its inaugural combat deployment. The training exercise is part of the intermediate phase of the Inter-Deployment Training Cycle.

The successful completion of COMPTUEX was the result of a total team effort from GHWBSG, which includes five U.S. ships, a Spanish frigate, a French destroyer, and the embarked air wing, totaling roughly 7,500 Sailors.

Though many Bush Sailors are looking forward to their first port call in Mayport, Feb. 11, following a busy 23 days at sea, Tyson said the team will need to be ready to get back to work as soon as liberty expires to begin the final stage of pre-deployment training, the Joint Task Force Exercise (JTFEX).

“We still have a lot of work ahead of us in order to be certified as combat-ready for our deployment, and I look forward to JTFEX as the perfect opportunity to further refine and perfect our teamwork and warfighting competencies at sea.”