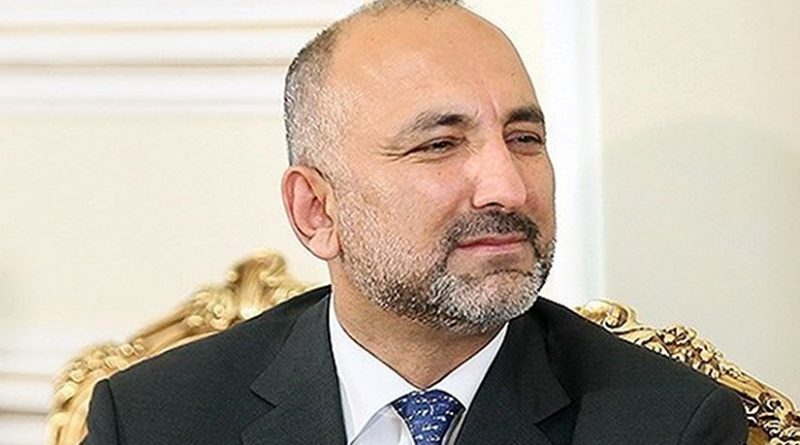 He signed the Bilateral Security Agreement (BSA) with the United States, negotiated a peace agreement with Hizb-e-Islami Group (HIG), kept a fragile regional consensus on Afghan war and peace intact until his departure and undertook major reforms in the Afghan Security sector. Today, he is running for the highest office in Afghanistan to challenge his former ally, Mohammad Ashraf Ghani, for presidency who is increasingly paranoid, isolated and has become a divisive personality within and outside of Afghanistan. The Afghan political elite do not trust him, his former allies has left his side and the region increasingly view him as a puppet and too westernized far from the Afghan realities and distanced from its people.

Haneef Atmar is a British educated former spy turned humanitarian worker and politician. He is now one of the most formidable figures to challenge the incumbent in the upcoming presidential election. Late Richard Holbrook dubbed him as the next President of Afghanistan and most European and American Generals who worked with him over the years considered him as a man to count on during the hour of crisis. He was the go to man for many in the international community and the region on issues ranging from women’s rights to building regional and global consensus on the Afghan peace process.

At one point, a former European Ambassador burst out of a meeting with the Afghan President terming it a repetitive lecture with no end in sight to go meet Haneef Atmar next door for consultation on an important European agreement to fund Afghan National Defense and Security Forces (ANDSF). He felt frustrated that all he gets from the incumbent is lots of cheap talks with no results while the man next door carefully takes notes and gets back to him with the result in 48 to 72 hours. Such was the reputation of Mr. Atmar in the National Unity Government.

Prior to his role as the National Security Advisor of Afghanistan, he was a successful businessman and the head of a major political party, Rights and Justice Party, which gathered moderate and western educated Afghan around himself and continually advocated for political and human rights of all Afghans. Former US Ambassador, General Karl Eikenberry, called his party one of the most progressive parties of post 9/11 Afghanistan. Meanwhile his business at Hambastagi Co. was flourishing with a portfolio of projects amounting to millions of dollars and employing hundreds of Afghans and dozens of foreigners. He has proven himself to be a good businessman.

Haneef Atmar also had a long and distinguished career in the Afghan humanitarian and development community as well. Head headed several NGOs such as IRC and NCA during the reign of the Taliban and traveled across Afghanistan to delivery humanitarian aid and development projects across Afghanistan. Many of his colleagues even then regarded him as a broker, negotiator and super project manager who enjoyed the trust of Afghans and donors. He is a man who has seen many faces and many chapters of Afghanistan and today he wants to put that experience and knowledge in use by running for the post of Afghan presidency.

The peculiar qualities he brings along in this race is unity, pluralism, inclusivity and above all a broadbased change and reform in the culture of politics in Afghanistan. In fact, he served as the unifier, firefighter and glue holding a fragile and shaky National Unity Government together. Days on end, he would shuttle between the office of President and Office of Chief Executive to settle their differences and call for unity. His shuttle diplomacy did not end within the Afghan government between two centers of power but also in the region. He was often on air traveling to Emirates, Saudi Arabia, Russia, Iran and Central Asian states to urge them to cooperate rather than compete in the Afghan war and peace theatre – present confidence building measures – listen to their concerns and address them.

Haneef Atmar hails from Kandahar and speaks Kandahari Pashtu with a thick accent, the birthplace of Afghan Taliban, a factor that goes a long way in the complicated web of Afghan tribal politics. He is well-known to the Afghan Taliban since his days as a humanitarian worker and subsequently during his many assignments in President Karzai’s cabinet where he kept his channels open with the Afghan Taliban for negotiations. Every time, former President Karzai invited Taliban negotiators, messengers and leaders for negotiations in Kabul, they often ended up meeting Haneef Atmar for advice and assistance. Today, the United States and the west need such a man with his skill set and a proven track record to bring to an end a graceful exit to American forces, forge a regional consensus and negotiate a peace deal with the Afghan Taliban and pave the way for a peaceful and stable Afghanistan.

*Tamim Asey is the former Afghan Deputy Minister of Defense and Director General at the Afghan National Security Council. He is currently pursuing a Ph.D in Security studies in London. He can be reached via twitter @tamimasey and Facebook @Tamim Asey.

Home » Mohammad Haneef Atmar: A Man Who Could Shape Future Of Afghanistan And US Engagement – OpEd