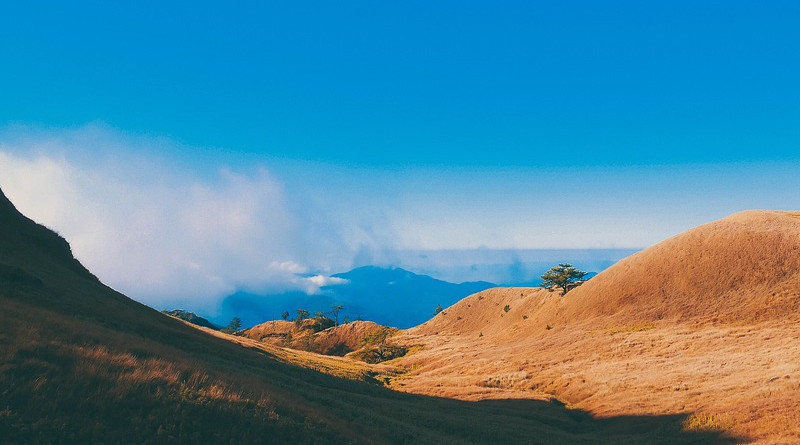 Environmentalists are concerned that Mount Pulag’s mossy forest, where a specie of the cancer-curing Yew tree is found, is being killed by illegal vegetable gardeners, loggers, and squatters.

One significant plant specie in Mount Pulag is the Philippine or Sumatran yew (Taxus sumatrana). A study conducted by the Kao-shiung-based Sun Yat Sen University has revealed Sumatran yew contains elements that could cure cancer.

Taxol, the revolutionary drug for ovarian and breast cancer, was developed from the bark of the Pacific Yew (Taxus brevifolia) found in the Pacific Northwest (Oregon and Washington states in the United States) forests more than 50 years ago.

The Kalanguya tribe of Pulag also believe in the life-prolonging elements of the Sumatran yew and use it as tea.

Mount Pulag is the second highest peak in the country standing 2,954 meters above sea level, connecting the provinces of Benguet, Ifugao, and Nueva Vizcaya. Its summit is covered with grass and dwarf bamboo plants. At lower elevations, the mountainside has a mossy forest veiled with fog, and full of ferns, lichens and moss. Below this is the pine forest growing on barren, rocky slopes. Falls, rivers and small lakes mark the area. This makes it a favorite of mountaineers, nature lovers and hikers.

The Park contains a unique diversity of flora and fauna, many of which are endemic to the mountain. Its wildlife includes threatened mammals such as the Philippine Brown Deer, Northern Luzon Giant Cloud Rat and the Luzon Pygmy Fruit Bat. One can also find several orchid species some of which are possibly endemic to Mt. Pulag, and other rare flora such as the pitcher plant.

One of the nation’s most critical watersheds, Mount Pulag provides the water necessities of many stakeholders for domestic and industrial use, irrigation, hydroelectric power production and aquaculture. It is a major headwater for Ambuclao, Binga and San Roque dams. Destruction of the national park means the siltation of the dams.

A few dedicated workers of the Department of Environment and Natural resources (DENR) are determined to protect the 11,550 hectares wilderness created by then Pres. Corazon C. Aquino as a National Park in February 20, 1987 from illegal mountain intruders.

Sometime ago, Emerita B. Albas, DENR Mount Pulag parks superintendent, came to the office of Cordillera Ecological Center (PINE TREE), in tears having lost all the cases they filed in court against forest destroyers. She also said she and her staff have been receiving death threats.

As early as 2004, Albas said many intruders started bulldozing many parts of the park. Recently, they apprehended a backhoe operator ravaging Tabeyeo Lake but the case was also dismissed. The backhoe was not even confiscated by the authorities. Tabeyeo lake went dry last summer.

Roy Lupos, who once worked as a park ranger in Pulag said those who have intruded into the park are not merely gardeners. The forest destroyers are rich, he claimed. To bring in chainsaws, bulldozers and backhoes as well and trucks for the logs in clearing a forest needs millions of pesos, he stressed.

Already in the tentative list of the World Heritage Convention under natural category, the widespread destruction may derail Mount Pulag’s chances of making it to the final list.

Albas said the problem in Mount Pulag is that many of the intruders claim to own parts of Mount Pulag. They make use of the Indigenous Peoples’ Rights Act (IPRA) in invoking their claim.

But by biological reality, the vast majority of the land has never been occupied. The intense growth of trees, plants, ferns and other botanical biodiversity tells of thousands of years of growth. Meaning, Albas explained, no one has really been dwelling in the forest. “So most of the intruders are outsiders,” she said.

Inocencio Nerio, an agriculturist of PINE TREE said the gardeners have invaded into Mount Pulag because the cold climate favors the production of potatoes, carrots and cabbages. The same phenomenal fate that befell Mount Data National Park from 1960 to 1990 is happening to Mount Pulag, he warned.

Mount Data National Park used to be a 5,512 mossy forest. However, the mossy forest is now a mere 89 hectares, the rest are vegetable gardens. Mossy forests with pine trees, giant ferns oak trees, petroleum trees and other species exactly as those in Mount Pulag, have all been destroyed.

Even fauna like Philippine deer, cloud rat, civet cat and wild pigs used to abound in Mount Data National Park. Now, they are none left, he said. The same is happening to Mount Pulag, he disclosed.

A source within the regional office of DENR said there are persons with great influence who are behind the destruction of the forest. A few are local government officials of the municipality of Kabayan where Mount Pulag is located, others are lawyers and even one or two DENR staff themselves.

PINE TREE, in response to the plea of Albas and her park rangers, has launched a public information and education campaign to save Mount Pulag. It is using the social network Facebook to condemn the rape of the land through its group called A TREE A DAY which has some 1,500 members in 37 countries.

It has called for legal assistance from Tanggol Kalikasana and the Legal Rights and Resources Center and will be convening a public legal forum to dramatize the plight of Mount Pulag and gain public support for the government to do its best at the soonest before things turn worse to worst.

It has made known to DENR Secretary Roy Cimatu, the state of Pulag as well as the death threats being received by the undermanned national park workers.