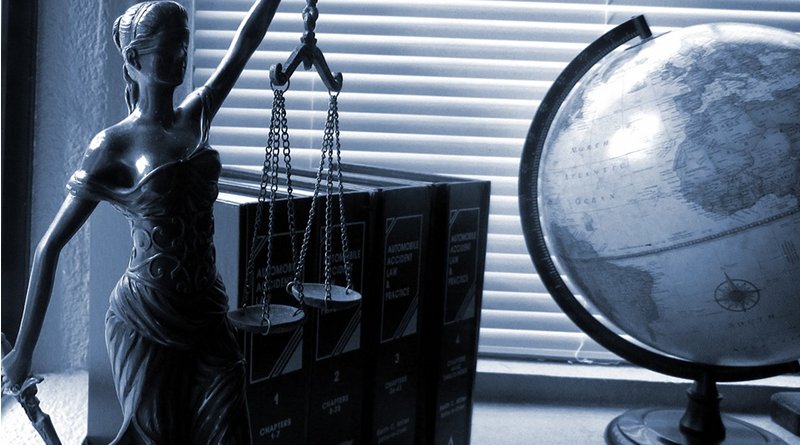 International law disappoints in so many ways, making it easy to overlook why, despite its flaws, it remains valuable and indeed vital for human wellbeing. I put here to one side its usefulness for managing the touristic, trade and investment, maritime, and networking dimensions of international life, which most of us take for granted until something goes wrong. And I also take note of the inability of international law to fulfill the hopes of idealists who suppose that law on its own can banish war or ensure that international disputes are resolved by recourse to peaceful methods rather than through power leveraging.

If we are attentive to current events, as the media reports war/peace issues we would quickly conclude that invoking international law in these high profile settings is to be out of touch with how sovereign states go about pursuing their most important economic and political interests, which in areas touching on security is by trusting their defensive capabilities and alliance relations, and not by believing that as long as their actions and policies stay on the right side of the law, they have nothing to worry about.

Against such a background, my assessment suggests that international law is more relevant even in war/peace settings than the mostly men who make the big foreign policy decisions appreciate. A major point here is a reflection of the global turn toward governments led by anti-democratic political figures who gained power and leadership roles by winning free elections. The voting public in many important countries seems ready to support governments that do away with civil liberties and environmental law, the protection of basic human rights, and even moves to subvert the independence of the judiciary and legislative branches of government.

Some of the policies of such autocratic leaders violate fundamental norms of international law as when a minority is persecuted by ethnic cleansing or genocidal policies, or in more limited ways by denying rights of free expression to dissenting voices in the media, among opposition leaders in and out of government, and at universities. In such circumstances, it remains useful for supporters of these freedoms to be able to appeal to international law as an authoritative yardstick by which to assess government behavior alleged to be abusive.

In this regard, the recourse of Gambia to the International Court of Justice to challenge the genocide of the Rohingya by the government of Myanmar illustrates the selective availability of legal remedies to address the worst instances of wrongdoing, which has symbolic significance even if helpless to implement behaviorally. Similarly, the current effort of Palestine to persuade the International Criminal Court to investigate alleged crimes against humanity committed by Israel against the Palestinian people shows the world that international law has the procedural potential to hold criminal wrongdoing to account, and Israel’s furious effort to block such recourse shows that what Palestine is attempting is far from a futile gesture. These are both high profile instances of apparent international crimes that could otherwise be clothed with impunity behind the heavy curtain of national sovereignty. The guidelines of international law are crucial in raising such issues in an effective manner, and essential to gain access to international institutions in some circumstances of state crime so as to challenge the policy in an influential manner.

By pointing out such options, it is not meant to suggest that the leadership in Myanmar or Israel will necessarily repudiate their past policies, or alter their abusive behavior. What is achieved is some lessening of the legitimacy of such political actors, and this may matter enough to moderate and deter, if not transform behavior. More liberally inclined governments may be less likely to enter favorable relationships or agree to participate in cultural or sporting events. These kinds of subtle acknowledgements of wrongdoing do have an impact, although rarely acknowledged.

An interesting example occurred back in the 1980s when the United States was mining the harbors of Nicaragua to exert unlawful pressures on a Marxist-oriented government in control of this tiny country. The Nicaraguan Government could not hope to challenge by force American policies that so flagrantly violated the rule of international law that condemned all uses of international force other than in carefully defined instances of self-defense, but it did have recourse to the International Court of Justice due to a treaty that pledged such an option if a dispute could not be settled by direct negotiations.

The U.S. refused to participate in this judicial proceeding, but despite this, the World Court in The Hague accepted the case, and a majority of its judges agreed with Nicaragua, and so declared. The U.S. judge on the tribunal defended the American policies, and Washington denounced the decision in harsh language. And yet, a few months later the U.S. stopped mining Nicaragua’s harbors, and in effect, covertly complied with the decision upholding the applicability of international law.

Even Myanmar mounts its strongest possible defense by hiring a team of Western international law experts to present its case at The Hague. Israeli strategists and think tanks warn that attacks on the legitimacy of Israel, that is actions complaining about its criminal lawlessness, have become bigger threats to Israeli security than Palestinian armed struggle. Having law and morality on one’s side has proved a bigger asset in military conflict since 1945 than dominating the battlefield. The United States lost the war in Vietnam during the 1960s despite controlling the military dimensions of the conflict, as did the Soviet Union when it intervened more than a decade later in Afghanistan. The major governments in the world are slow to learn from failure because militarism is embedded in their governing process based on an outmoded faith in military superiority as the engine of history as well as the bedrock of national security.

What is overlooked is that ever since World War II, people not armies have prevailed in most conflicts, and their goals of self-determination have been aligned with international law. In this sense, major states would themselves be much better off if their policies in the war/peace area adhered to international law guidelines rather than followed the dictates and spending priorities of hard power realists. To the extent this assessment is correct, China stands out as understanding the ins and outs of soft power realism, by way of trade, investment, aid and clever diplomacy while expanding its influence in the process and raising its international stature to unimagined heights. In this fundamental sense, international law has the potential to guide governments and their citizens toward a peaceful and prosperous future, but only if militarist myths and military/industrial/media complexes are discarded.

International law also provides the weak and vulnerable with a means to build support for their struggles against abusive uses of state power, including reliance by autocratic leaders on negative ‘lawfare’ to stifle political dissent and suppress freedom of expression. For instance, those victimized can appeal their cases to special rapporteurs of the UN Human Rights Council who can give political visibility, moral/legal credibility, and exert pressure on governments alleged to be violating basic rights. The elected autocrat of the Philippines, Duterte, uses his manipulation of the legislative and judicial branches of government to frame and imprison political opponents and dissenters, while resistance initiatives invoke international law standards and procedures to challenge such unlawful behavior, in effect, a positive or progressive lawfare tactics.

Finally, civil society activism formulates its agendas, and builds its support, by illuminating the lawlessness of governments that enjoy effective impunity despite international law. There are many such uses of international law, going back to the tribunals on the Vietnam War organized in the late 1960s by Bertrand Russell, passing legal judgment on the violations of Vietnamese sovereignty by American-led military intervention.

Another notable example was the Iraq War Tribunal of 2005 held in Istanbul, bringing together legal experts and moral/cultural personalities to pass judgment on the spurious claim that the U.S./UK military attack and occupation of Iraq were somehow consistent with fundamental norms of the UN Charter. Such a legal proceeding did not end the occupation but it strengthened the political will of those who opposed such policies as well as providing a documentary record of geopolitical lawlessness that could not be compiled if an international legal framework did not exist and enjoy the formal endorsement of those states whose behavior is being judged.

In the end, we can and should still lament the shortcomings of international law, but if we seek an international order that respects rights and is more peaceful, it is vital to appreciate the present and potential role of international law. It could serve as a constructive guideline for policymakers and leaders, better aligning foreign policy with national interests given the increasing limits on military force under contemporary condition. It also allows civil society activism to ground their solidarity initiatives on a foundation of international law rather than on mere political passion, and can serve to deter some governments from pursuing policies that violate international human standards and weaken their reputation as responsible members of global society.

The work of some NGOs, such as Amnesty International and Human Rights Watch, not only depends on the existence of legal standards, but shows that many powerful governments care enough about their reputations at home and abroad to curb their lawlessness if confronted by prospects of exposure. Of course, it would be wrong to expect too much from a reliance on international law in this period when even those states that claim the legitimacy of political democracy are choosing leaderships and adopting policies that defy such values and practices.

*Richard Falk is a member of the TRANSCEND Network, an international relations scholar, professor emeritus of international law at Princeton University, Distinguished Research Fellow, Orfalea Center of Global Studies, UCSB, author, co-author or editor of 60 books, and a speaker and activist on world affairs. In 2008, the United Nations Human Rights Council (UNHRC) appointed Falk to two three-year terms as a United Nations Special Rapporteur on “the situation of human rights in the Palestinian territories occupied since 1967.” Since 2002 he has lived in Santa Barbara, California, and associated with the local campus of the University of California, and for several years chaired the Board of the Nuclear Age Peace Foundation. His most recent book is On Nuclear Weapons, Denuclearization, Demilitarization, and Disarmament (2019).

Home » Why International Law Is Crucial For Human Wellbeing – OpEd