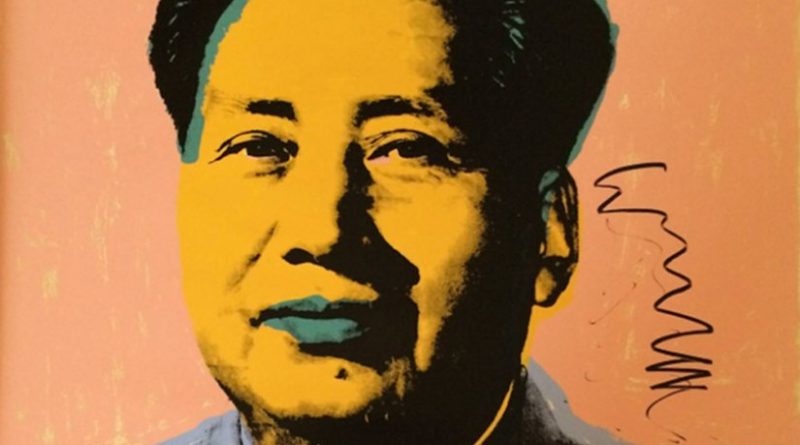 An Andy Warhol portrait of former Chinese leader Mao Zedong will be auctioned in Hong Kong in a landmark sale that could fetch $15 million — but mainland buyers may be wary of putting in a bid, AFP reports.

The classic 1973 screen print by the legendary U.S. pop artist will go under the hammer at Sotheby’s next month with the highest estimate the auction house has ever seen for a painting in Asia.

It comes as demand grows among collectors in the region for a wider variety of high-profile works, driven by appetite in China.

The auction house describes the event as the first “significant” sale of Western contemporary art in semi-autonomous Hong Kong, which was handed back to China by Britain in 1997.

But while buyers from mainland China have developed massive market clout, Warhol’s images of Mao have drawn controversy there.

A major touring retrospective of his works removed pictures of the former leader when it visited Shanghai and Beijing in 2013.

Organisers at the time said it was a mutual decision after concerns were raised by the institutions displaying the show.

There is also general sensitivity about any use of Mao’s image in China, where he remains a controversial figure.

Yet his mistakes, such as disastrous economic policies blamed for mass starvation and the political witch hunts of the 1966-76 “Cultural Revolution”, left a bitter aftertaste and depictions of him otherwise remain strictly controlled.

“We hope people won’t be stopped by any political issues…we are talking about serious art,” Sotheby’s Isaure de Viel Castel told AFP, as the portrait was unveiled Friday for the first time in Hong Kong ahead of the sale.

Castel, senior director of modern and contemporary art for Asia, described the work as a “masterpiece”.

Warhol made hundreds of vibrant images of Mao, using a portrait of the leader from the “Little Red Book” of his thoughts and sayings as a template.

The prints piled colour onto Mao’s face, adorning him with rouge, eye shadow and lipstick in an irreverent take on China’s totalitarian propaganda.

The 127cm x 107cm silkscreen portrait to be auctioned by Sotheby’s on April 2 overlays his face with a blurred sphere of yellow and daubs his shirt orange.

Chinese artists have also depicted Mao in their works, including painter Li Shan, who shows the leader with a lotus flower in his mouth.

Warhol himself visited China in 1982, five years before his death.

But auctioneers have always remained optimistic that the highest quality pieces would find homes among the super rich.