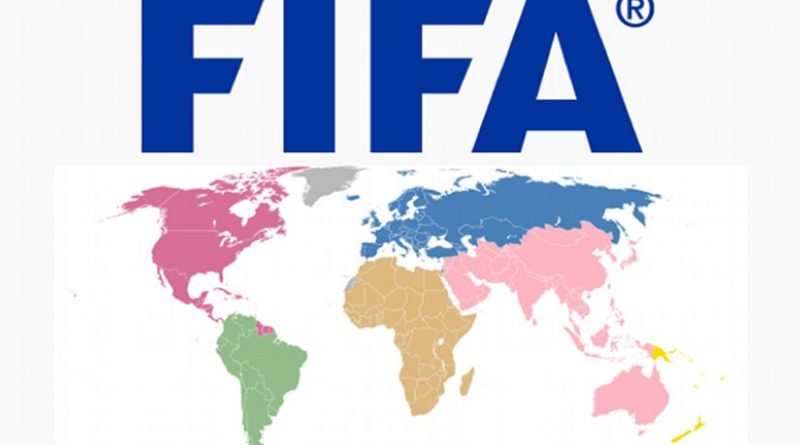 Presidential elections and tournament hosting in the world of soccer appear to be seldom won on the merits of a candidate or bidder’s proposition. Instead, the outcome of polls and bids are frequently the result of backslapping, backstabbing backroom politicking between global soccer managers and political leaders.

World soccer is about to get another taste of the global soccer’s wheeling and dealing with the likely election of Sheikh Ahmad Al-Fahad Al-Sabah, the head of the Association of National Committees (ANOC), the Olympic Council of Asia (OCA) and the influential Solidarity Commission of the International Olympic Committee as an Asian member of world soccer body FIFA’s executive committee.

A Kuwaiti politician, former oil and information minister, and past head of the Organization of Oil Exporting Countries (OPEC) as well as his country’s National Security Council, Sheikh Ahmed is already being touted as a possible future president of FIFA in 2019. If successful Sheikh Ahmed would succeed FIFA president Sepp Blatter who is expected to win a fifth term in next month’s poll.

The president of the Asian Football Confederation, Sheikh Salman Bin Ebrahim Al Khalifa, who is a shoe-in for re-election with no opponent in an AFC presidential election at the end of this month thanks to Sheikh Ahmed’s support, has already paved the way for his Kuwaiti sponsor. Assured of his FIFA vice presidency that comes automatically with his virtually certain re-election as AFC president, Sheikh Salman has manipulated AFC election procedures to position Sheikh Ahmed.

The manipulation says much about the non-transparent political dealings in global soccer designed to not only maintain political control but also ensure that a closed circle of executives and politicians remain in power.

It comes as a book by two Sunday Times reporter scheduled for publication next week discloses Mr. Blatter’s deal with Qatar’s ruling family that ensured his re-election for a fourth term in 2011 in exchange for ensuring that Qatar would not be deprived of its right to host the 2022 World Cup irrespective of whether the Gulf state had violated FIFA bidding rules or not.

It also comes weeks after Sheikh Ahmed in a humiliating defeat in a power struggle within the Kuwaiti ruling family was forced to publicly apologize for accusing former prime minister Nasser Al-Mohammad Al-Ahmad Al-Sabah and former speaker Jassem Mohammad Abdul-Mohsen Al-Karafi of attempting to overthrow the government as well as money laundering and abuse of public funds. A court declared documents and video evidence put forward by Sheikh Ahmed to have been fabrications.

In an apology on Kuwait television addressed to the former officials as well as his uncle, the emir, Sheikh Jaber Al-Ahmad Al-Sabah, and his uncle, Crown Prince Sheikh Nawaf Al-Ahmad Al-Jaber Al-Sabah, Sheikh Ahmed offered “my deep apologies and express my profound regrets for my recent prejudice, abuse and slander, intentional and unintentional, and which were based on the information and documents concerning the interests of the country that I had received.” He said he had believed that the information was credible and correct.

“As I seek pardon from Your Highness, I stress that what happened will be a lesson from which I will benefit and draw appropriate conclusions. I am in full compliance with the orders and directives of Your Highness and I promise to turn the page on this matter and not to raise it again,” Sheikh Ahmed said.

Humiliated at home, the incident is likely to blunt Sheikh Ahmed’s immediate political ambitions in Kuwait. However, that is not true for the world of global sports where he is already considered to be one its most powerful players. And Sheikh Salman is happy to lend a helping hand should Sheikh Ahmed wish to expand his empire after the Kuwaiti announced two months ago that he would be a candidate for one of three elected Asian seats on FIFA’s executive committee.

Sheikh Ahmed has opted to run for the two-year Asian vacancy rather than one of the two four-year openings on the FIFA board. That would allow him to be re-elected in 2017 and position him as a sitting FIFA executive committee member for the 2019 presidential election.

To ensure that Sheikh Ahmed’s strategy works, Sheikh Salman has agreed, according to veteran sports journalist Keir Radnedge, to manipulate the election in a way that Sheikh Ahmed is guaranteed a two-year rather than a four-year seat on the FIFA executive.

“The (normal) election procedure is sequential. The candidate with fewest votes drops out until only three FIFA-bound ‘survivors’ remain. Under current statutes the top two would take the four-year slots with the third-placed candidate taking up the two-year role. This uncertainty does not suit Sheikh Ahmad’s ambitions as he bounces back from a rare political setback at home,” Mr. Radnedge noted in World Soccer, assuming that under standing procedure Sheikh Ahmed would garner enough votes for a four-year seat

As a result, AFC at its congress at the end of this month in Sheikh Salman’s home country of Bahrain will vote on instructions of the AFC president separately for the four and two-year positions.

Mr. Radnedge noted that Sheikh Salman’s manipulation in favour of Sheikh Ahmed highlighted the fact that little had changed in AFC governance since the Bahraini official came to office in 2013 with a pledge to clean up the organization. Sheikh Salman was elected as the AFC was being rocked by a scandal that led to the banning for life from involvement in soccer of its former president,

Mohammed Bin Hammam, on charges of financial abuse and mismanagement and question marks about the integrity of the awarding of a $1 billion contract to Singapore-based World Sports Group.

Since coming to office, Sheikh Salman has ensured that a damning audit of Mr. Bin Hammam’s management that contained far-reaching recommendations for further investigation and possible legal action was buried and that power was further concentrated in his hands at the expense of greater transparency and accountability.

“The manoeuvring illustrates that the AFC has made little progress since Bin Hammam was expelled from football for life by FIFA… In fact, no serious attempt has been made to resolve concerns over the controversial World Sports Group commercial contract and the disturbing complexities emanating from the Bin Hammam affair,” Mr. Radnedge said.