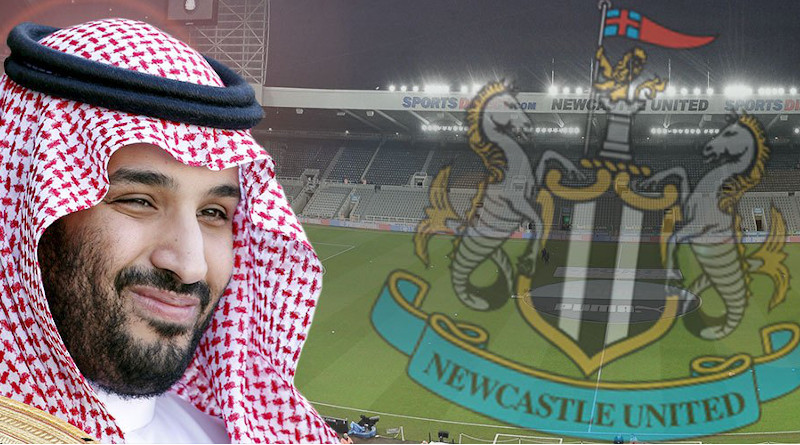 If approved by Britain’s Premier League that nominally maintains a high bar for the qualification of aspiring club owners, Prince Mohammed would have demonstrated that he has put behind him an image tarnished by Saudi conduct of a five-year long war in Yemen, the 2018 killing of journalist Jamal Khashoggi, systematic abuse of human rights and, more recently, the kingdom’s badly-timed oil price war with Russia.

A successful acquisition would send a message that the kingdom retains the kind of financial muscle that allows it to acquire trophies that enable it to project itself in a different light and garner soft power rather than financial gain at a time of a pandemic and global economic collapse.

The planned acquisition comes as Saudi Arabia is reportedly seeking to raise US$7 billion with an international bond sale to compensate for sharply reduced oil revenues.

Aramco, the Saudi national oil company, was reported to be talking to banks about a US$10 billion loan to help finance its acquisition of a 70% stake in Saudi Basic Industries Corp (SABIC). The deal would pour money into the Public Investment Fund (PIF), the kingdom’s sovereign wealth fund.

The acquisition would mimic the 2017 purchase of celebrated soccer star Neymar by Qatar-owned Paris St. Germain for US$277 million intended to demonstrate that the Gulf state was unaffected by the then several months-old Saudi-UAE-led economic and diplomatic boycott.

By the same token, a decision by the Premier League to reject the acquisition of Newcastle would be perceived as yet another of Prince Mohammed’s self-inflicted public relations fiascos that include multiple failed attempts to position the kingdom as a powerhouse in international soccer governance.

Prince Mohammed’s emphasis on soccer, symbolized by his presence at the kick-off of the 2018 World Cup in which Russia handily defeated Saudi Arabia, has as much to do with projection of the kingdom internationally as it is a pillar of his effort to develop the entertainment and sports sectors in his country and boost his attempt to position nationalism rather than religion as a core element of Saudi identity.

Prince Mohammed is betting that the Premier League at a time of economic crisis and with Britain needing to forge new trade relationships in the wake of its departure from the European Union may not want to slam the door on a wealthy investor and/or jeopardize British relations with the kingdom.

That could prove to be a relatively safe bet.

Premier League and British officials will have taken note that Prince Mohammed does not take kindly to criticism and rejection.

Saudi Arabia responded in 2018 to Canadian criticism of the kingdom’s human rights record by withdrawing its ambassador and freezing all new trade and investment transactions.

German criticism of a failed Saudi attempt to force the resignation of Lebanon’s prime minister led that same year to a de facto downgrading of diplomatic relations and reduced trade.

The PIF will reportedly put up 80 percent of the funds needed for the acquisition through an investment vehicle created by a British financier even though a document filed with Companies House, Britain’s registrar of companies, made no mention of the fund.

The Premier League, nonetheless, may find itself, albeit only momentarily, in an uncomfortable position.

The League has tightened its criteria to test potential club owners on their integrity and reputation. The criteria include ensuring that a potential owner has not committed an act in a foreign jurisdiction that would be a criminal offence in Britain, even if not illegal in their own country.

That could put the Premier League in the position of, at least by implication, passing judgement on whether Prince Mohammed was implicated in any of a number of events that may have violated British law.

Supporters of the acquisition argue that it bolsters Prince Mohammed’s reforms in a soccer-crazy country and reaffirms his push to break with the kingdom’s austere, inward-looking past. They reason further that it will bolster investment in Newcastle and surroundings at a time of impending economic hardship.

Supporters only need to look at Manchester where the United Arab Emirates’ acquisition of Manchester City more than a decade ago has benefitted not only the club but the city too.

Like fans in Manchester who have manifested little interest in the UAE’s record of human rights abuse, supporters of Newcastle are likely to welcome the financial injection and departure of the club’s unpopular current owner, Mike Ashley, and ignore condemnation of the deal by human rights activists, including Amnesty International, as “sportswashing, plain and simple.”